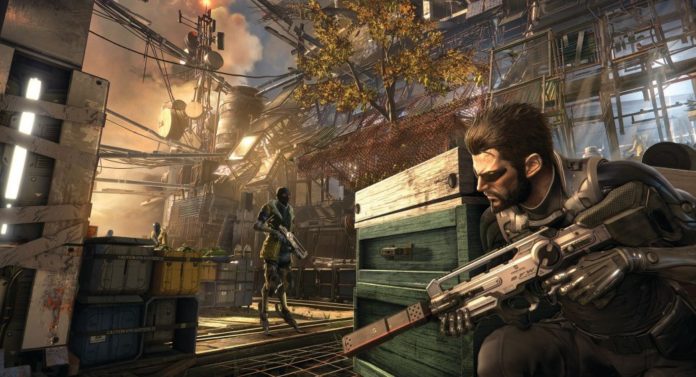 Today, on the Official PlayStation Blog website, Sony announced the lineup of the January 2018 PlayStation Plus free games.  What a great way to start the new year! 6 new games across the 3 Sony-owned platforms are available. There is also an additional PSVR game that is available for free for about 2 months! Here is the rundown.

From January 2nd to March 6th, a free PSVR game is available for all PS Plus subscribers: StarBlood Arena

Test your mettle in furious arena combat as you move, evade, and attack in any direction against pilots from every corner of the galaxy. Fight for glory, credits, and your life as the StarBlood Network broadcasts every lawless match for the universe to see. Whether it’s single player Carnage deathmatches, Team Carnage* deathmatches, or Invaders co-op*, you’ll be constantly challenged to step up your game and prove that you’ve got the skills to emerge victorious.

The StarBlood Network cameras are on, everyone is watching, and there’s no safe space in the Arena. Ready? You better be.
Welcome to StarBlood Arena.

The year is 2029, and mechanically augmented humans have been deemed outcasts, segregated from the rest of society. Now an elite covert agent, Adam Jensen is forced to operate in a world that has grown to despise his kind. Armed with an arsenal of state-of-the-art weapons and augmentations, he must choose the right approach, along with who to trust, in order to unravel a vast worldwide conspiracy.

HUMAN 2.0
Choose from an array of cutting edge weapons and augmentations, customizing them to fit your playstyle.

IN THE NEAR FUTURE, MANKIND STANDS DIVIDED
Explore diverse locations and discover a near future setting where humanty’s fate hangs in the balance.

MEANINGFUL CHOICES AND CONSEQUENCES
Experience the world of Deus Ex, where the decisions you make and the actions you take play a crucial role in determining the game’s outcome.

Enter the fractured psyche of Bruce Wayne and discover the powerful and far-reaching consequences of your choices as the Dark Knight. In this gritty and violent new story from the award-winning creators of The Walking Dead – A Telltale Games Series, you’ll make discoveries that will shatter Bruce Wayne’s world, and the already fragile stability of a corrupt Gotham City.

Sacred 3 is an arcade Hack ‘n’ Slash game for up to four players, set in the war for Ancaria. Choose from legendary heroes and fight together against the rise of evil. You will face hordes of grimmocs, brute beasts, legions of mercenaries and undead wizards. Develop your character’s skills and abilities and band together to use powerful co-op abilities and tactics. Victory is Ours. Glory is Mine.

The Book of Unwritten Tales 2 (PS3)

A new adventure from KING Art, the creators of The Book of Unwritten Tales, The Critter Chronicles and The Raven – Legacy of a Master Thief
A fantasy story with over 20 hours of pointing and clicking
The trademark BoUT-humor, lovingly spoofing LotR, Game of Thrones, Harry Potter, Discworld, The Hobbit, WoW and more
Hundreds of weird, yet oddly logical puzzles
The well-proven ‘Multi-Character-Gameplay’
An ensemble of quirky characters, both well-established and brand-new
Projection Mapping technology unites the merits of 2D and 3D styles and technique
An epic soundtrack with all the classics and many new compositions
The established four playable characters Wilbur, Nate, Ivo and Critter

2112, Tokyo. Decide the fates of Nadeshiko Kugatachi and Takuma Tsurugi, two new detectives assigned to Division 1. Every decision has its own repercussion, victims can become criminals, and the story may end quicker than expected.

In a world where roles are filled by those who are capable, will there be a spot for you?

Welcome to Uncanny Valley – an unsettling story-driven survival horror where nothing is as it seems. Explore an isolated facility and solve its many mysteries, but be warned: the choices you make have meaningful consequences that will determine your fate. Play through multiple times to reveal all of Uncanny Valley’s darkest secrets.

You play as Tom, a security guard working the night shift at an abandoned facility in the middle of nowhere. Already troubled by disturbing dreams, Tom’s reality takes a terrifying twist as he explores the eerie offices and corridors of the facility and begins to uncover the shocking secrets hidden within its walls…

With such a lineup, January will be an incredible month to game! Mankind Divided is such a fun game. Telltale plays with the Batman franchise with such freedom and creative fun! Sacred is just plain-old fun! Let’s not forget about Psycho-Pass, with a world that is (for me) really reminiscent of Minority Report and is a good game for fan of SCI-FI! Overall, I am impressed and is again a really proud subscriber of PS Plus! Are you happy with this selection? Let us know what you think in the comments.