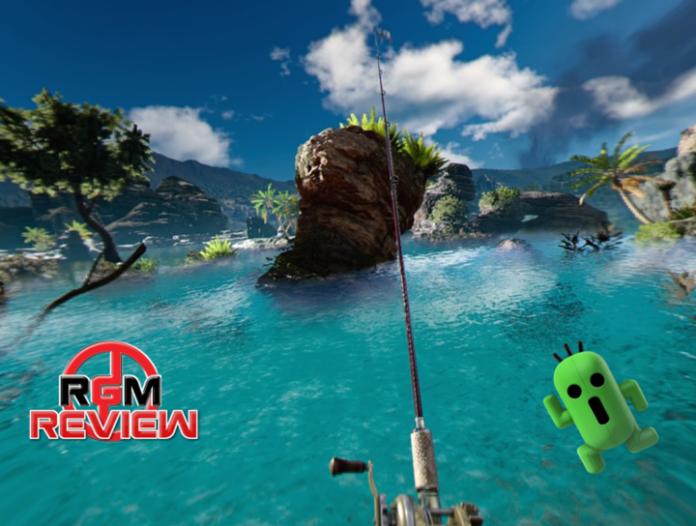 If you heard a large squeal during the Sony press conference at E3 in June earlier this year, that was me after the announcement that a standalone game was in development to accompany Final Fantasy XV (FFXV) (possibly my favorite game ever). The Monster of the Deep PSVR game (or Final Fantasy Fishteen as we have jokingly named it) has some VERY big shoes to fill when it comes to meeting my expectations.

As a PSVR owner I have been chomping at the bit to get my hands on this game as I have spent a stupid number of hours fishing in FFXV so you can imagine my delight at the possibility of being able to further indulge that obsession via VR.

This is a game that will instantly appeal to those who took the time to find every reel, rod, lure, and fishing location in FFXV.

So let’s take a look at how Square Enix have fared with their attempt at creating a fishing simulator inside the world of Eos.

Whilst the story mode is quite short, it does serve as a good way to deliver context about why you are there, introduce you to the other characters and encourage you to play other aspects of the game.

You begin by selecting your character, male or female, and customizing your features.

Cindy is still in town, complaining about “paw paw”, and manages to save you very early on in the game. She then takes you back to your cabin so you can get acquainted with your new HQ. 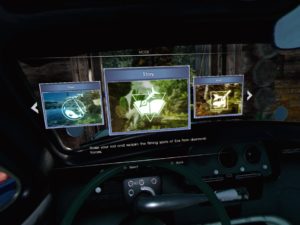 From here you have the option to continue with the storyline or venture off to other activities.

On your ventures throughout the game you will also reunite with Noctis, Ignis, Gladio and the team member everyone loved to hate on but couldn’t do without when he wasn’t there – Prompto. They provide some entertaining dialogue and frankly, it’s nice to be interacting with them in a relatively “safe” setting where you get a more relaxed and carefree team.

The controller mimics the actions of a fishing pole and reel and uses sensors to recognise when you are turning the controller left/right to stop the fish from snapping your line.

The game for the most part actually runs quite smoothly however, there are a few issues that need to be fixed that would really improve the overall experience.

To start with the movement system is very basic. You look to where you want to go, place an arrow there and you teleport to that spot. Whilst that’s not a big issue as the focus in this game is on the fishing and not roaming, it would have made a massive difference if you could actually walk the distance and not get jolted from one spot to the next.

The environments also seem to be lacking a final polish as your lure can go straight through rocks, and you can reel fish through dirt mounds and fallen logs. Again, not a major issue however the overall experience would have benefited greatly from a bit more attention here. The fish still only bite the line where they should so the gameplay is not effected it just looks odd when it happens.

You are also a tad restricted in which way you can face your character when casting, resulting in you having to move your entire body around so as not to end up with a sore neck.

Whilst these are all relatively minor complaints, I really feel that it’s worth Square Enix’s time to work on a resolution and roll a patch out the door for this. 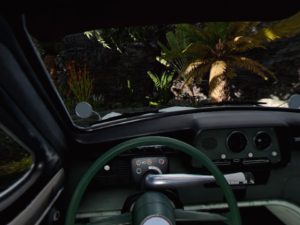 The act of fishing itself is an absolute blast. As soon as you can stop nit-picking at the above mentioned issues you can really settle in for hours of fun. I’m currently working on my place on the global leader board, with my eye on the top spot. Fishing against people from all over the world is really addictive. The base game of FFXV didn’t provide for you to match up your big catches against others in the world, which would have been awesome to do, so to be able to compete on a leaderboard now is a very clever feature. So be sure to join in the fishing comps and see if you can find me on the learderboard.

For those of you who simply had to do everything in FFXV you will be missing the hunts. Thankfully you can indulge that addiction once again in Monster of the Deep as a variety of hunts are made available as you play on.

There is plenty to do for what I thought was going to be a rather basic game, and frankly I would have been happy with just finding a water hole and fishing, so to have all this extra content added is a really pleasant surprise.

Fishing in VR is just an absolute blast. The PSVR headset is very lightweight meaning that you can spend quite a bit of time under there however, you do need to be able to get used to the grainy textures. This can result in some blurring on occasion which can lead to some people experiencing nausea and headaches. Luckily for me I’m good as gold under that headset and find that if you focus more on what’s closer to you, not only are the graphics crisper and more engaging, but that also helps with reducing blur. 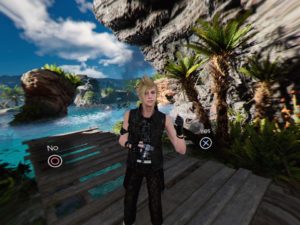 When you successfully reel a fish in you are able to inspect your catch and this is where the graphics really shine in Monster of the Deep. The detail in the fish is quite striking and makes the victory of your catch that much sweeter.

Overall the game is very pretty, full of vibrant colors and shimmering water holes, a pleasure to look at.

One thing I loved in FFXV was being able to switch the radio on and listen to tunes as the fellas and I cruised down the road. Thankfully this feature has been carried over to Monster of the Deep and you can choose which dramatic soundtrack you want to listen to whilst fishing up a storm. I love this feature, really helps to tie in the atmosphere from the main game whilst adding a bit of suspense to some of your larger battles with these scaly beasts. No unlocking required, the tracks are all there ready for you to play. 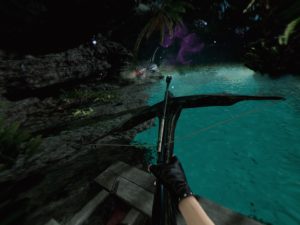 The sounds of nature, running water, goblins in the grass – yep goblins, all adds to a really fun atmosphere.

The only gripe I had in was occasionally the audio prompts wouldn’t match up with what was actually happening in the game. For example, I might have a teeny tiny fish on the line but Noctis would comment on the whopper I was reeling in with the exact same dialogue that he had used a few minutes prior when I was in fact reeling in a big fish. A little more attention could have been paid here but it’s not a deal breaker.

Monster of the Deep is a lot of good light hearted fun. Whilst there were a couple of little issues with calibration early on, an update fixed that pretty quickly. The minor complaints that I mentioned in the review didn’t effect my enjoyment of the game enough to stop me wanting to play it. All in all it’s a well designed game and I highly recommend this pick up for PSVR owners. It doesn’t matter if your not a Final Fantasy fan as the main fun of this game is the act of fishing.

Being Square Enix’s first attempt at VR content, Monster of the Deep is a great start to what I hope will be many more VR experiences from them.