After weeks of testing various games and using the device on a day-to-day basis, here are my Xbox One X impressions. This isn’t going to be a technical review, rather I hope to show what kind of quality-of-life improvements you’ll experience as an Xbox One X owner. There’s quite a bit to go over so let’s dive in!

Setting up the console

First off, after taking everything out of the box, I had to take a moment to admire the design. 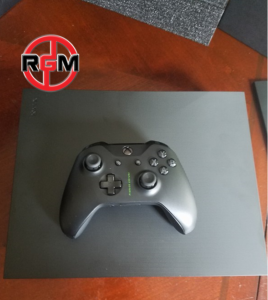 It’s a sleek box with an internal power brick, combined with the black color and matte finish, it’s easily one of the best-looking consoles I’ve ever seen.

Setup was incredibly easy, simply plugging in the various cords and turning on the controller. As I had previously moved all my games to a 5TB hard drive, I simply plugged the drive into one of the USB ports and boom, everything was there.

One thing that has absolutely surprised me is how quiet this console is. Despite being much smaller than the PS4 Pro, it makes almost no noise at all. I’d have to press my ear against the box to hear the fans whirring, even when playing very visually demanding games. The engineering team has really outdone themselves here.

Figuring out which games have Xbox One X enhancements is very easy. You can check right here for the most up-to-date list. To see which games you have that are enhanced, there’s a handy option in the ‘My Games and Apps’ section. Simply select ‘Xbox One X Enhanced Games’ and you’ll see which titles are supported.

The first game with an official Xbox One X-enhanced patch that I tested was Middle-earth: Shadow of War. 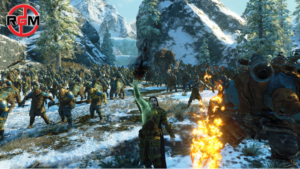 If you read my review, you’ll recall one of my few issues with the game was its low-quality textures on the ground or in the distance. On the Xbox One X, that’s no longer the case. Regardless of whether I chose ‘Favor Quality’ or ‘Favor Resolution’ as a rendering mode, the textures, various shadows and resolution all took a huge leap forward in quality, a real night and day difference. Even on a 1080p screen, there was more detail, better colors and a vastly increased viewing distance, all without impacting the framerate.

Another real standout is Dishonored 2. On earlier Xbox Ones, it had some major issues that ranged from low-quality textures to a chugging framerate and poor viewing distance. On the Xbox One X? Just take a look: 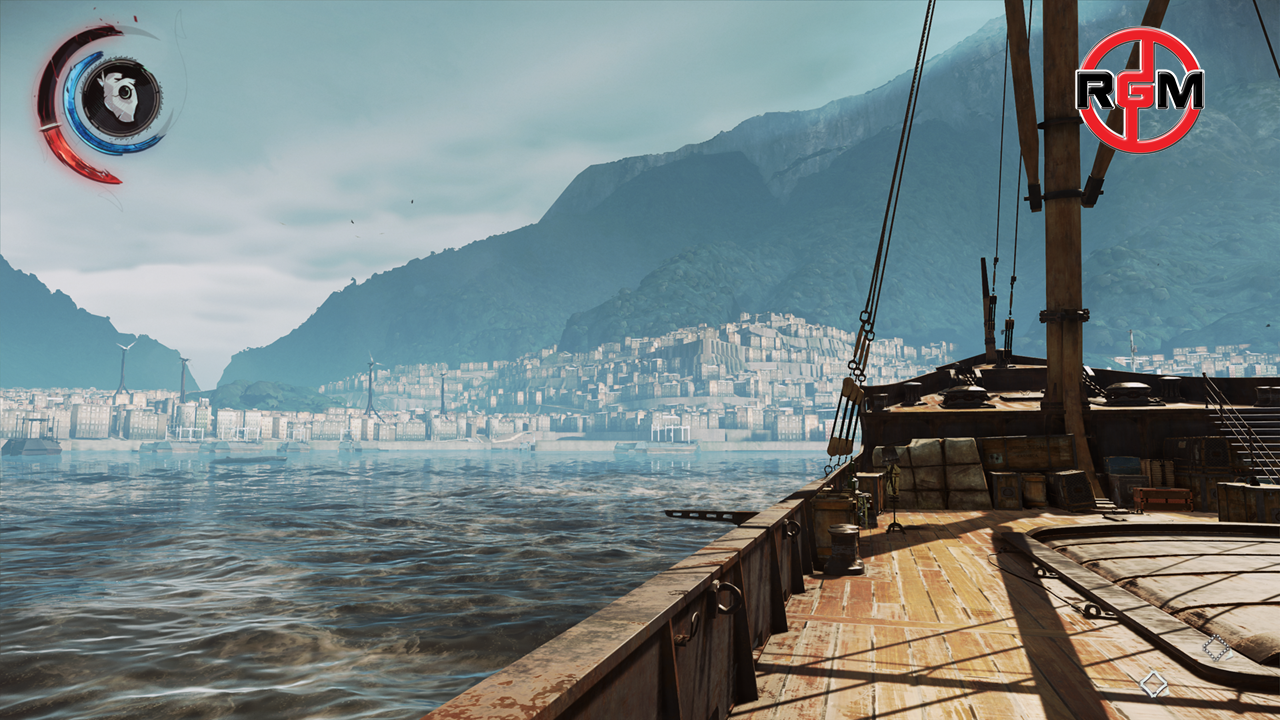 That’s absolutely beautiful and really allows the work that Arkane Studios did to shine through. The waves look gorgeous and you can see a high amount of detail even far off into the horizon. This shot of the docks shows similar quality: 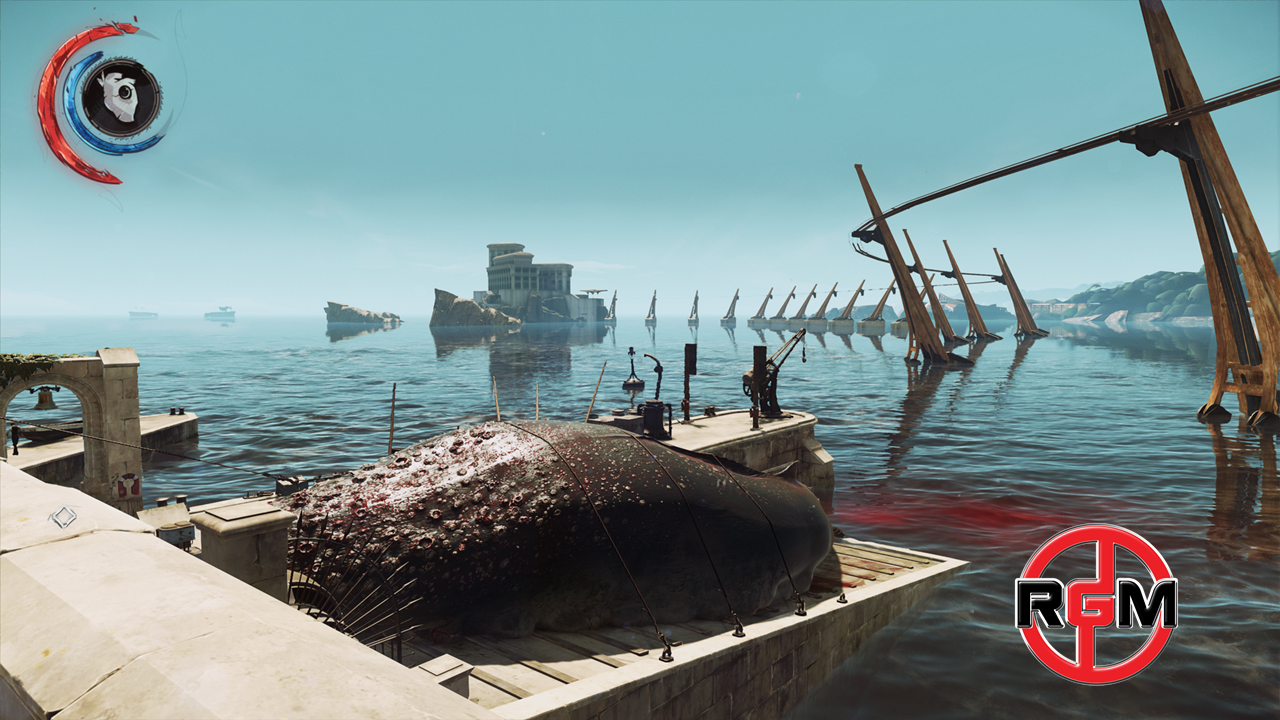 Other games with noteworthy improvements include Final Fantasy XV, Gears of War 4 and Rise of the Tomb Raider, all of which give you the option of choosing a higher framerate or resolution. Regardless of which one is chosen, they all have better textures and overall visual quality than on older Xbox One models.

Testing out games without Enhanced patches

While the enhanced games may be the main focus, it’s also important to keep in mind how the Xbox One X helps out even if there isn’t specific patch for a game. One title I recently played was The Evil Within. 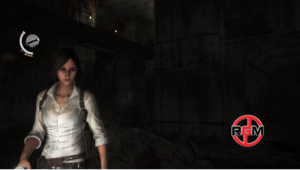 On the base Xbox One or Xbox One S, it tends to suffer big framerate problems during scenes with lots of enemies or effects like rain. On the Xbox One X, everything ran smoothly. Additionally, levels would often load so quickly the creepy loading animations didn’t have time to finish.

That’s not an exception to the rule though. Every game I’ve played without a patch now has virtually no framerate problems with loading times cut drastically, sometimes in half. Even GTA V, legendary for its ludicrous load times, is now loading in well under a minute!

I’m very happy with my Xbox One X. The list of supported games continues to grow at a nice rate and because I own so many games, the base enhancements given to all titles are very much appreciated.

Ultimately, I feel that if you have a nice 4K TV with HDR support, you’ve already shown you’re interested in the best quality available, so it makes sense to grab an Xbox One X. If you, like many gamers, are still using a 1080p TV, you’re still going to get major benefits from this device however, without a 4K TV, I can only really recommend it if you have a large game library. The more games you have, the more benefit you’ll get. This is a console for gamers who want their games to look and run as good as possible. If you fall into that category, it’s a no-brainer.