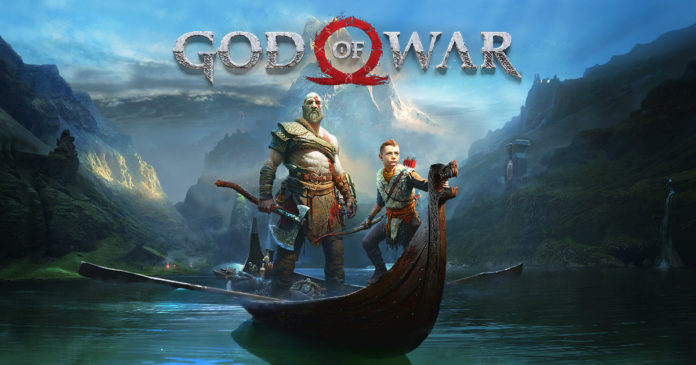 Good news everyone! God of War, the hotly anticipated reboot of the well-revered series has finally got a release date. The series’ PS4 debut will begin on April 20th. People keen with their dates will also notice that this is the same date as the new Nintendo Labo creations; best get saving!

To celebrate, we’ve been treated to a brand new trailer for the upcoming release. This story trailer a whole lot of awesome looking stuff!

Check it out below:

As well as (finally) announcing the release date for the game, Sony have also put out a slew of information on the various editions and preorder bonuses. If you preorder (or have already preordered the game, you will receive three legendary shield skins, which you can see below:

Additionally, select retailers will have access to the Luck of the Ages XP boost if you preorder. This provides +10 Luck boost and includes one enhancement slot. Luck affects the following in the game:

In the announcement on PlayStation.Blog, they also revealed several various editions of the game, details of which you can see below: 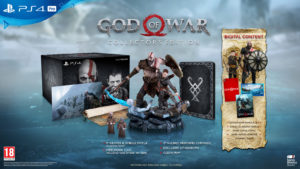 The Collector’s Edition of God of War includes: 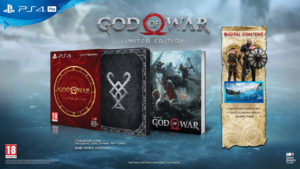 The Limited Edition of God of War includes: 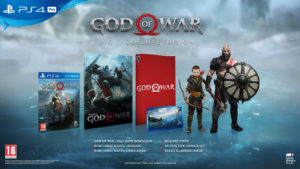 The Digital Edition of God of War includes:

Are you excited for God of War? Have you preordered, or were you waiting on news of what editions were going to be available? Any take your fancy? Let us know in the comments below.