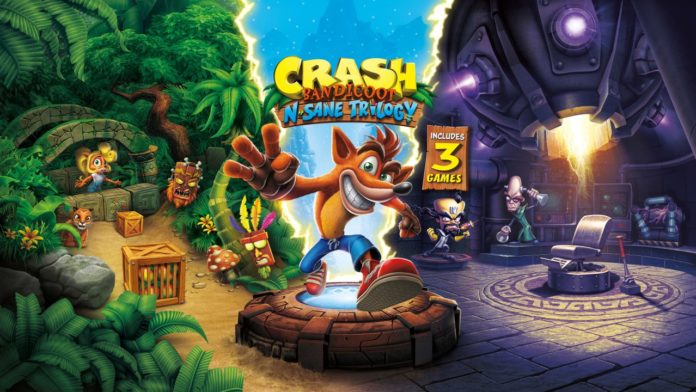 The announcement came yesterday, preceded by the Nintendo Switch announcement during the Nintendo Direct live stream. Following this news, the official Crash Bandicoot Youtube channel released a mutli-platform trailer, confirming the releases. It’s also been confirmed that the game will have enhancements for Xbox One X.

Check out the trailer below:

It think it was generally accepted that the trilogy would be coming to other platforms; many people commented that it wasn’t branded as a PS4 exclusive when it was first announced. Instead that it was “coming first” to PS4, implying that the game was a timed exclusive on Sony’s console.

Of course, Crash as a mascot hasn’t been a Sony exclusive mascot for a long time. He was multi-platform after Naughty Dog stopped producing the series after Crash 3: Warped. Though this is the first time we will have seen the original trilogy (albeit remastered) released on a format that isn’t PlayStation.

I think this is great. The N’Sane Trilogy is an excellent recreation of an excellent trilogy of platformers. The more people who get to experience it the better. Plus, increasing the sales can add to the funds and desire for that long coveted Spyro remaster. I’l probably pick this up on Xbox One, I’ve played it loads on PS4 but I can get me some more achievements!

Are you happy that Crash will be heading to new consoles and PC this summer? Let us know in the comments below.