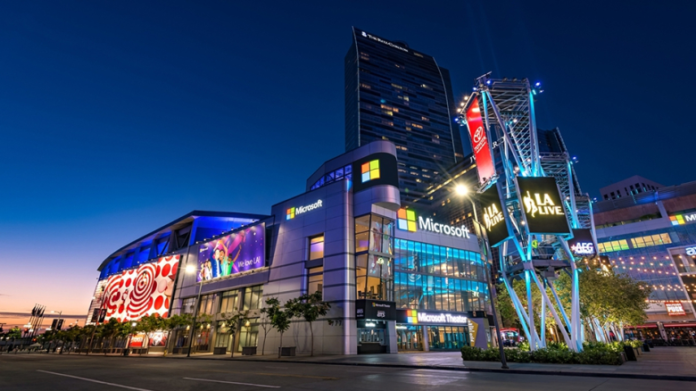 As we creep closer and closer to this year’s E3 event, I shudder to think of what ungodly hour I will have to get up at to be able to watch the events live (usually about 2:30 AM for me here in Australia). On the approach to the year’s most prestigious gaming event, Microsoft has made an announcement that they are planning their biggest E3 ever.

Typically, since 2000, the majority of developers and publishers presenting at E3 have done so from the same location. The Los Angeles Convention Centre (LACC) is known all over the world due to this, however, we have seen an increase over the past two years of companies that are opting to conduct their business off-site at an alternate location. This year, Microsoft is joining that list.

Mike Nichols, Corporate Vice President and Chief Marketing Officer at Xbox, has advised via Major Nelson’s blog, that Microsoft will be presenting their E3 showing from the Microsoft Theatre in LA instead of the traditionally used convention centre.

The events that are confirmed by Microsoft for the E3 week so far are:

Mike Nichols notes that due to the size of the Microsoft Theatre they will be able to bring this experience to more fans and partners than ever before.

Microsoft’s presence at the convention centre won’t cease completely though, a new booth that is dedicated to Mixer will be available all week with streaming, games, interactive activities and E3 news.

It would seem the new trend is to be at E3 whilst not actually being at E3……………….interesting strategy. Regardless of the venue, I will be waiting eagerly to see what Microsoft has planned for us throughout 2018 and the future.