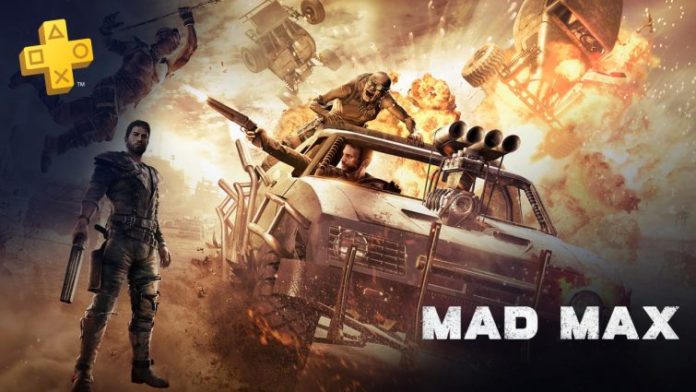 Today, on the Official PlayStation Blog website, Sony announced the lineup of the April 2018 PlayStation Plus free games.  It is not as strong as the last couple of months, but it is still very interesting.

Become Mad Max, the lone warrior in a savage post-apocalyptic world where cars are the key to survival. In this action-packed, open world, third person action game, you must fight to stay alive in The Wasteland, using brutal on-ground and vehicular against vicious gangs of bandits. A reluctant hero with an instinct for survival, Max wants nothing more than to leave the madness behind and find solace in the storied “Plains ofm Silence.” Players are challenged with treacherous missions as they scavenge the dangerous landscape for supplies to build the ultimate combat vehicle.

Available for the first time on PS4, Trackmania offers you the ultimate arcade racing universe.
Test your skills and challenge your friends at home or online.

• 4 ENVIRONMENTS = 4 GAMEPLAYS
– Rollercoaster Lagoon: Defy gravity on magnetic tracks in a tropical paradise,
– International Stadium: Use your driving skills to master this worldwide competition.
– Canyon Grand Drift: Drift through narrow tracks in this red canyon landscape.
– Down & Dirty Valley: Use air control and jump through this countryside setting.

• CAMPAIGN MODE
Unlock up to 200 unique tracks in over 5 difficulty levels. Drive your way to the top of worldwide rankings!

• DOUBLE DRIVER
For the first time in a racing game, team up with a friend and control one car with two controllers!

• TRACKBUILDER
Design your own tracks or simply generate random ones. Save and share your best tracks to make the competition last forever.

In Space We Brawl is a frantic couch twin-stick shooter in which you challenge friends in fast-paced space battles for up to 4 players.

Choose a spaceship and a weapon: there are more than 100 available combinations! Will you humiliate your friends with a fast ship? Or will you choose shields and armor instead? Prove your skill with laser cannons and plasma swords, flame launchers, guided missiles…

Don’t be afraid to experiment! With its single player missions, the Academy will turn you into a true ace.

8 different areas of the galaxy await, each with its own dangers: black holes, exploding asteroids, even alien nests!

The local multiplayer of In Space We Brawl is both exciting and unforgiving. Play in a free for all or in teams, you can even put a bounty on your rivals’ heads! Are you ready to brawl?

Toy Home™ is an exciting toy car racing game where your house becomes the racetrack. Weave between other toys strewn across a bedroom floor, hurtle across kitchen tables, dodge toy soldiers and zoom along model railway tracks in moonlit playrooms. The aim of the game is to collect coins, discover hidden medals and hit every checkpoint before the time runs out – and there are bonus points available for every jump, smash and flip you make. Toy Home is manic, miniature racing fun!

99vidas – The Game is a Beat’em Up set in a contemporary world but pays tribute to both what’s new and classic in the gaming Industry. Brought to you in all pixelated-16-bit-esque glory, full of references to not only gaming, but all of the pop culture from the 80’s and 90’s, better yet – with the mechanics of modern era gaming. It’s the best of both worlds.

Prepare yourself for one of the most challenging games of all time! Remastered for PlayStation®, Q*bert™: Rebooted features the classic arcade version of Q*bert and an all new action packed version of the arcade mega-hit. Dodge enemies, evade death, and navigate your way through villainous isometric levels in this iconic, critically acclaimed game.

Q*bert: Rebooted introduces new enemies, playable characters, power-ups, traps, gem collecting, and is chock full of new challenges that it will leave you feeling victorious or demanding a do over.

That is quite a mix of games. The titles are not as strong as last month’s, but there is still a lot of fun to be had. I didn’t play Mad Max a lot, so this will be a good occasion to do so. I’m sure it will be the same with TrackMania. With those additional smaller games, there is something for everyone. What do you think? Are you pleased with this selection? Let us know in the comments.