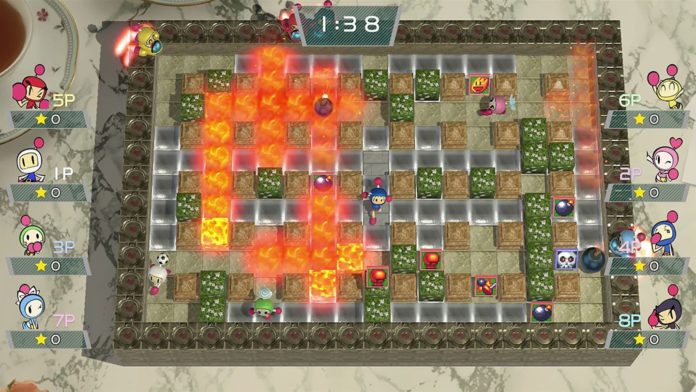 Super Bomberman R is heading to Xbox One after an 8-year hiatus on the platform. The last Bomberman title released on an Xbox was in 2010 on the 360.

I remember playing this iconic Nintendo franchise back in the 80s which, led to a number of broken controllers and late nights playing with friends.

While the game isn’t available for pre-order just yet, there is a placeholder on the Microsoft Store at the moment.

Here are the details according to the pre-order page:

Super Bomberman R is coming to Xbox One!

Play alone or with a friend in a Story Mode jam-packed with different levels. Re-experience classic Battle Mode, or discover the brand new Grand Prix Mode in which team play is just as important as individual skills! New characters are joining the fight. Play locally or online with friends and players from around the world! Super Bomberman R is the biggest Bomberman game ever!

According to the Microsoft Store page, the release date is June 12, 2018. With the recent cross-platform initiatives Microsoft has been working with Nintendo it’s interesting what more will come out of this relationship! What are your thoughts? Are you excited about this announcement? Sound off in the comments below or on Twitter!