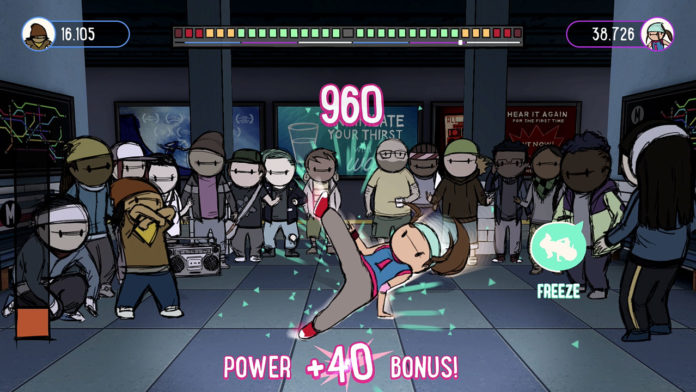 Not so long ago, there was a rhythm games invasion. We had the arcade hit Dance Dance Revolution which, eventually made it to home consoles. This eventually led to not one, but two rock-inspired games (Rock Band and Guitar Hero) and even the DJ-inspired in DJ Hero. When Rock Band and Guitar Hero first launched, plastic instruments were nearly in everyone’s households. After its implosion, however, for many people, it was a dead genre. There were still a hardcore group of aficionados (like me), but it was no longer mainstream – even for the casual gamer. For the last 2 years, with the return of Rock Band, Amplitude and PaRappa the Rapper, the genre may be making a comeback. Last December, an indie studio from Montreal jumped on this train and released a game called Floor Kids on the Nintendo Switch with a unique twist. It is a breakdance battle rhythm game. While originally launched on the Switch, it will be released on other platforms “very soon“. Here is why you should put this game on your radar. 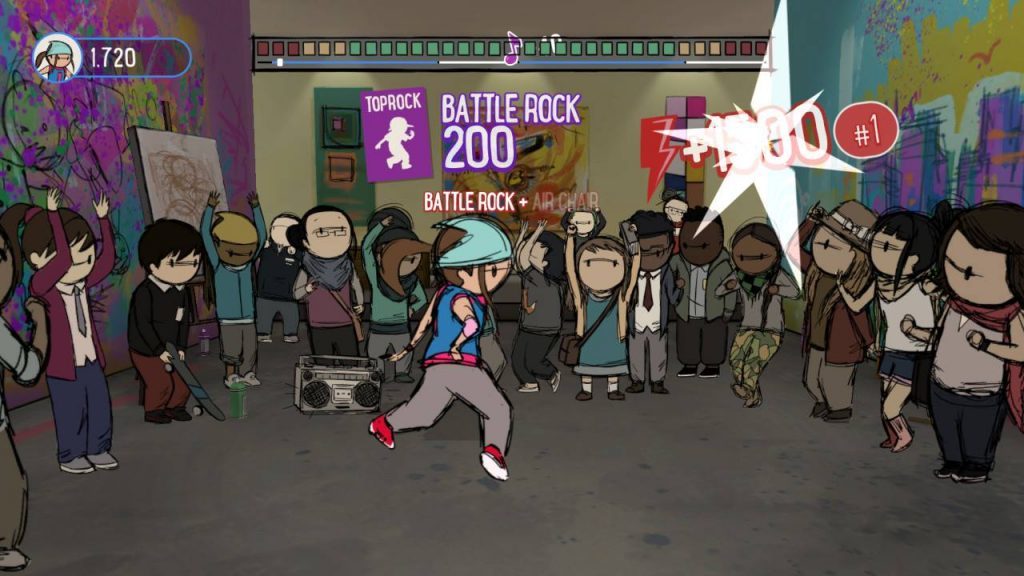 Uniqueness of its gameplay

Rhythm games usually have a simple guideline: follow the beat and win. Games like Amplitude and PaRappa have used this formula and it was very popular. Aside from following the beat, it was a matter of survival: complete the song to win. In the case of Amplitude, there was a scoring aspect with leaderboards. For this game, there is a lot of place for creativity. After reading a review of the Switch version, I discovered that the songs are not totally mapped out. The “chorus” is, but the “verses” are completely freeform. Do combinations that follow the beat, and you’ll be rewarded accordingly. Style, flow, and even crowd requests are part of it. This is a great feature that will allow a lot of nice crowd reaction moments. 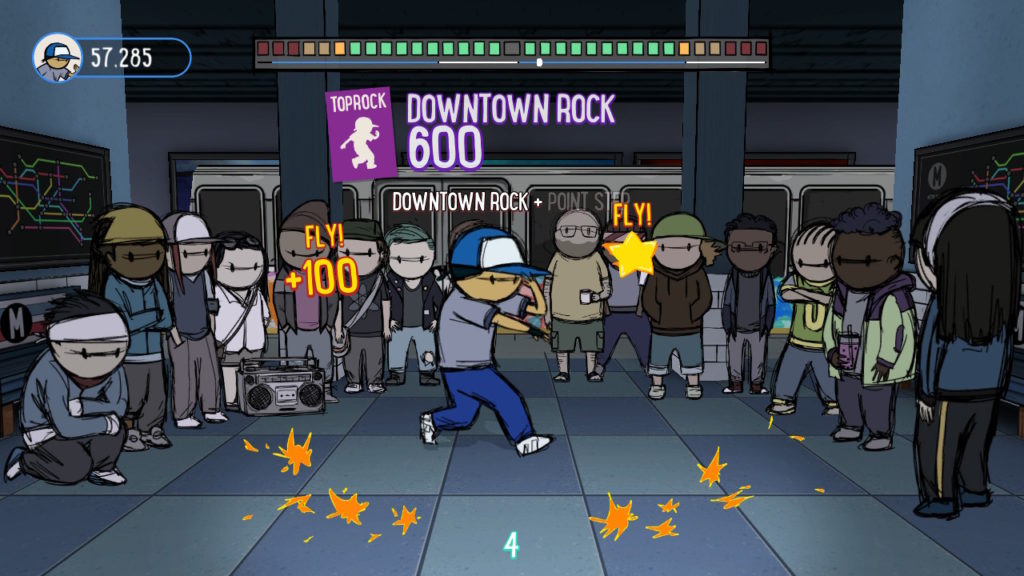 A lot of style

There needs to be a proper style through every aspect of the game, and the developers did a crazy good job. The cast of 8 characters was originally created for videos presented during the concerts of a world-renowned scratch DJ/producer called Kid Koala. The animator and the artist teamed together in 2014 to start working on a game based on this world. The music just fits with the characters. The combination of these hand-drawn animations and original music and sound design create a very appealing and unique experience. Very few games have tackled this world in the past, so the game is located in a very special place.

A good looking game in action

Last week, on the official Floor Kids Twitter page, the release date was announced for PC : May 16th, 2018. For the other platforms, even with all of the interviews made by the developers and the publisher recently, we are still waiting for a firm release date. We just know that it is coming very soon.

So, what do you think about this game? Will you follow what’s coming? Have you already purchased and played it on Switch? What did you think? Let us know in the comments below!