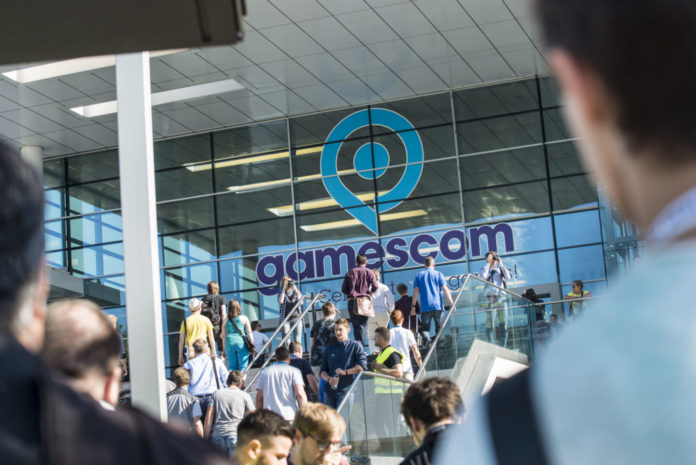 Gamescom 2018 is just around the corner with the 10th event kicking off on Tuesday, August 21st to Saturday, August 25th, in Cologne, Germany.

2017 saw 350,000 people breach the gates, which was the highest attendance rate so far, so we will be eagerly waiting to see if the masses can break that record this year.

Xbox will be making an appearance, a rather large one actually, with a line-up of events planned to span across the entire week.

Here’s the rundown of the updated details provide by Xbox of the events to keep an eye out for and hardware news:

This year at gamescom, we will be hosting a special episode of Inside Xbox, broadcast live from our Xbox booth in the Koelnmesse. Tune in on Tuesday, August 21, at 4:30 p.m. CEST (7:30 a.m. PDT) for lots of news, new Xbox One bundles and accessories, and features on upcoming titles that we can’t wait to tell you more about and perhaps even a few surprises!

Xbox FanFest will return to gamescom once again this year, this year on the Rhein River! FanFest will happen for one incredible night on Thursday, August 23.  More information on tickets and all the special activities happening on this day will be revealed very soon.   Be sure to track #XboxFanFest for all updates.

The Xbox booth will feature a fantastic line up of 25 games across a diverse range of genres – we’ll be making sure everyone has a way to play and have fun! If you’re coming to the show, do make sure you pay us a visit – we’re in Hall 8 of the Koelnmesse (North entrance).

This is the first time that European gamers will have the chance to jump in and try out many of our newest gameplay experiences including the open world freedom of driving through stunning beautiful historic Britain in Forza Horizon 4 or embarking on a journey to unravel Ori’s true destiny in this emotionally engaging, hand-crafted, story-driven adventure in Ori and the Will of the Wisps. Gamers will also have the opportunity to get the first ever hands-on with State of Decay 2’s Daybreak Pack, an all-new mode set to release in September.

And you won’t want to miss the PlayerUnknown’s Battlegrounds experience, featuring a new mode for Xbox One, playable for the first time at gamescom – and only in the Xbox booth.

Microsoft’s livestreaming service Mixer will also be at gamescom, located right next to the Xbox booth in Hall 8, where they will be bringing back the always popular HypeZone LIVE experience! Attendees will have the chance to earn victory in battle royale matches and even walk away with big prizes, while everyone at home can watch the turmoil unfold.  Get a head start on the competition by watching some HypeZone action on Mixer.com now.

Making our European debut and in partnership with Game Legends, come and visit the Xbox Official Gear Shop in the Gamescom fanshop arena. Fly your gaming colors and show off your fandom for Xbox and award-winning franchises like Halo, PUBG, and Gears of War with all new apparel and collectibles. We will have more information on this exciting new initiative over the coming weeks.

Show opening times are as follows:

We look forward to seeing what comes out of Gamescom 2018, be sure to check back in with us throughout the week of events for more information as it’s revealed.