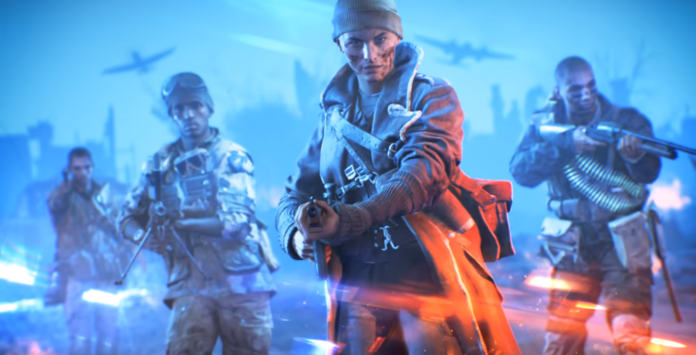 Gamescom 2018 is in full swing and there’s a raft of news flying out of Cologne at the moment. There’s been a number of tidbits around the upcoming World War II shooter, Battlefield V. To help you keep a track we’ve put what we’ve learned so far into one place. Find out what’s going on with DICE’s upcoming shooter below.

Battlefield V releases October 19, 2018 on PC, Xbox One and PlayStation 4. PC and Xbox One players can get early access to the full game via the ‘Play First’ trial from October 11. Anyone buying the deluxe edition will get them access from October 16.

First up, the new trailer, revealed during the Inside Xbox live stream. The trailer details the customization and specialization options available to you in the game. There’s a whole host of aesthetic and tactical customization options that you can apply to your soldiers, their loadout and your squad. Each class has their own specific loadout and skills that will help you perform better together as a squad.

From the trailer, it seems like it has a lot of depth and slight tweaks and variations might just turn the tide of battle. Through play, you will continue to unlock different and more advanced customization options.

Check out the new trailer below:

The open beta starts for Battlefield V on September 6. If you are an EA Access subscriber on Xbox One you will get early access from September 4. How long the beta lasts hasn’t been specified as yet. This might be to allow a window for issue with the beta, allowing people as much chance to give it a go as possible. Forbes has handily bulleted what’s included in the beta:

During the Inside Xbox stream earlier today, it was announced that there would be three new Xbox One bundles; all Battlefield V themed. There are two new Xbox One X bundles and one Xbox One S bundle. The best, without a doubt, is the above ‘Gold Rush bundle’. It has dark gold and silver color scheme on both the console and the controller.

The Gold Rush Special Edition Xbox One X comes with the following:

The new Xbox One X and Xbox One S bundles both include the standard console and the following:

The consoles and bundles are available for pre-order and will be available from October 16.

DICE not working on Battle Royale mode in Battlefield V

In the ‘Devastation of Rotterdam‘ trailer that we saw last week. We were teased with the prospect of a fiery battle royale mode that is coming to Battlefield V. It turns out that DICE isn’t the studio working on this mode. This has seemingly been confirmed by EA’s Ben Walke who has made the comment on a Reddit post.

I guess this makes sense, DICE need to be focused on the main game and ensuring they make Battlefield V the best it can be. That being said, given the caliber of DICE, it would have been great to see what they did with a battle royale mode. I’m sure they’ll have some input in its development. It’s their game after all.

Ben Walke didn’t reveal which developer actually was working on the mode; we’ll just have to wait and see for further information. 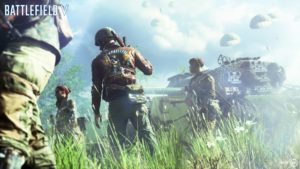 Battlefield V is one my most anticipated games of 2018. Given how well received Battlefield 1 it won’t be a surprise if this game is excellent. However, this year, it’s a tough sell. Battlefield V currently sits in the middle of Call of Duty: Black Ops IIII and Red Dead Redemption 2. I know I’ll pick up Battlefield V and Red Dead but it might be a tough decision for some.

This is something that has been picked up by an investment firm and an analyst. VG247 reports that they have both commented on how “below expectations” preorders currently are; “more than 85% behind Black Ops IIII”. This is below previous performances that the Battlefield series has had compared to Call of Duty.

Of course, this is just preorders and it could well be, given positive reviews and word of mouth, the game will still perform really well. It certainly helps that all DLC this year will be available for free. Time will tell.

*Phew* I think that’s it for now. Take some time to digest all that awesome information and prepare to fight for victory. Are you looking forward to Battlefield V? Let us know in the comments below or on the RGM Twitter and Facebook pages.