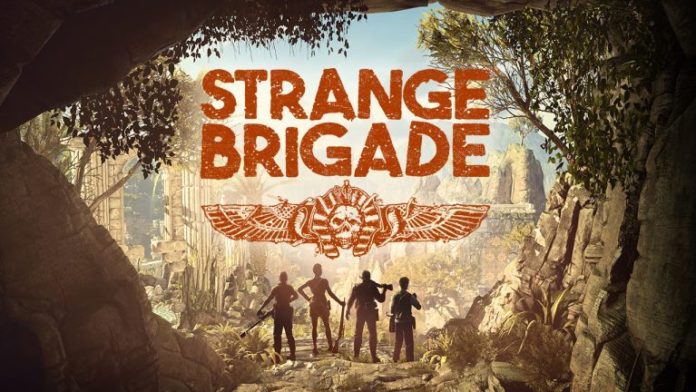 Strange Brigade is an upcoming 3rd person cooperative shooter. A game that might fill that Left 4 Dead hole in your gaming life.

The game is being put together by Sniper Elite developer, Rebellion. They describe the game as an “exotic journey into fanger and a rip-roaring 1930s adventure.” Seteki, the Witch Queen, has risen after 4,000 years and needs to be dealt with. Enter the Strange Brigade! As a member of the Strange Brigade, you will have to explore ruins and solve puzzles to find treasure. Though this isn’t an archaeological exploration, there are undead enemies to destroy.

Strange Brigade releases August 28, 2018, for Xbox One, PlayStation 4 and PC. To celebrate a new launch trailer is now available.

Check out the launch trailer below:

It looks deliciously full of character and a great laugh. That’s not all though. It’s also been announced in the trailer that a fifth character will be joining the Strange Brigade line up. Anyone who preorders or purchases the game in the first 30 days will receive the fifth character. Winston Bey, journalist, spy and diplomat will join the other characters. Each character has their own special abilities to help in the game. They all have their own backstory and Rebellion have even commissioned a series of short stories for each character too.

There seem to be a lot to do in Strange Brigade including a story, score attack mode and a horde mode! There’s also a season pass available for the game which will add more narrative and things to do too.

Check out 15 minutes of gameplay from IGN below:

Will you be getting Strange Brigade when it launches next week? Are you intrigued by it? Let us know in the comments below or on the RGM Twitter or Facebook pages.