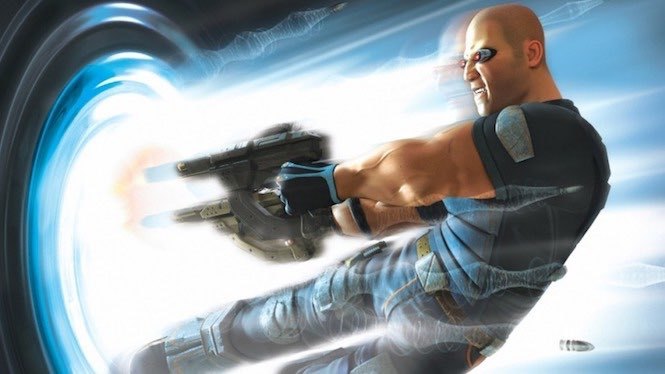 Throw up your hands, rejoice and sacrifice a human-sized gingerbread man; TimeSplitters could be coming back!

Koch Media, the developer who own the rights, under THQ Nordic, sound like they’re planning for releases of some description of both franchises. Alas, they are yet to confirm anything. Though you don’t just by the rights to two franchises if you have no plans for them. We’ll just have to wait and see.

If you are unaware of the TimeSplitters series I would seriously recommend giving it a look. They were developed by Free Radical, a developer that worked on GoldenEye on the N64. TimeSplitters, TimeSplitters 2 and TimeSplitters: Future Perfect (my personal favorite) all came out in the early 2000s. They were all well-built first-person shooters that took inspiration from lots of different influences. Second Sight came out in 2004 and was a third person shooter where you were in possession of psychic abilities.

Maybe we can pester the powers that be over at Xbox to make TimeSplitters 2, TimeSplitters: Future Perfect and Second Sight backwards compatible. Here’s the link if you need it (*nudge nudge, wink wink): https://xboxideas.uservoice.com/

If you’ve got four hours to spare, you could watch this play through of TimeSplitters: Future Perfect:

You may remember that we reported a fan remake of the original TimeSplitters dubbed TimeSplitters Rewind. With this announcement, could its development be affected? I reached out to the developers of Rewind but I have yet to hear anything back. Though they did make this post on their Facebook page for the remake:

We’ll have to wait and see if the remake will be affected.

Are you as excited as I obviously am by this news and what it could mean? Let us know in the comments below or on the RGM Twitter page.