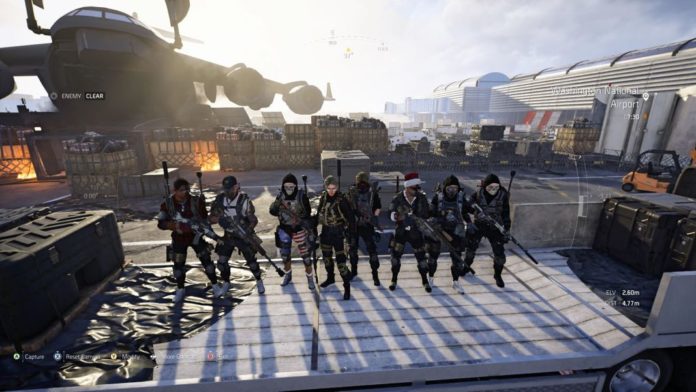 UPDATE: Since the time of writing this article, the RIP clan has decreased their time to 7 minutes and 33 seconds, putting them back on top of the leader-board.

Recently I conducted an interview with the world’s fastest Division 2 Xbox raid team – The RIP clan.

For those still grinding the game out since day one, the ultimate challenge is the 8 person raid. Regardless of how you tackle this raid, there is no denying it takes clear communication and coordination to complete, coupled with well-structured builds.

Many in the community see a completion time of 30 minutes as an accomplishment, however one clan in particular won’t settle for anything over 8 minutes. The RIP clan is German based and was founded in August of 2019, to pull together elite members of the community to create the ultimate raid team.

I sat down with the RIP’s top two raid team leaders, Movex1981 (Movex) and Godmode x Resu (Resu), after running a heart pumping raid with them, to talk about how they achieve such fast times on the Xbox One, and what motivates them to continue to find new ways to combat the constant changes the developers make to the PVE component of the game.

Bella: Can you please tell me a bit about the RIP clan, your members, and the clan’s culture?

Movex: “The culture in this clan is one of commitment, excellence, and helping each other. We have two main raid teams – Team One which is the best of the best, and Team Two who come together to train, improve and help each other farm to refine raid builds.”

Godmode x Resu: “Team One come together to train solely to achieve the world’s top time on console, with our fastest time currently being 7 minutes and 52.374 seconds.”

“The new team members all think that Team One members are all very helpful, grounded, are more than happy to show Team Two the ropes and new strategies, and are more than willing to assist with farming. This is great feedback.”

“Team Two coordinate more frequently, to not only train to try and get a spot in the top group, but also to help each other find new ways to improve their builds and shave time off their completions. With this team it’s not about getting it right every time, it’s about practice, having fun and helping each other.”

“We are the only clan that are able to run with two complete groups and stay on top of the leader board without having to substitute in members from other clans.”

Bella: What compels you to continue speed running the raid and stay on top of the leader board?

Movex – Team One: “We want to be the best. Our team makes sure we still have fun and enjoy gaming with each other, however we strive to be the best and work hard to achieve it.”

Resu – Team Two: “Team Two is always trying to be as good as Team One. We train hard to improve our times so if someone needs to be backfilled for Team One we are ready to go.”

Bella: How have the changes implemented into the game with Update 6.1 effected your clan?

Movex – Team One: “At first we were shocked by these changes – they seemed to have no purpose other than to make the raid harder. The opportunistic gloves and specialisations not stacking anymore meant changes were needed. We had to reorganise the whole team from the start of the raid and really think about each person’s role. It really gave us a new value for each member’s contribution to the raid.”

Bella: Will the RIP clan continue to try and find new ways to reduce time to better your top speed of 7 minutes and 52 seconds, or do you think this is as fast as it can be done on console now?

Movex and Resu: “Yes, we will always adapt. After the changes made in TU6.1 we thought this would affect the raid greatly, but then two days later we achieved the same time. No matter what the game throws at us we will adapt and get better.”

Bella: Do you feel like Ubisoft and Massive Entertainment are paying attention to the PVE players, or just catering to the PVP players?

Movex and Resu: “Neither side are benefiting from these changes – PvP have no additional content, nor does PVE. At least PvE are betting something new with Kenly College and the promise of the new raid in March, but the PvP don’t seem to have anything to look forward too.” 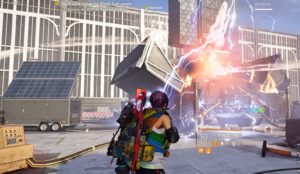 Bella: We all know that The Division 2 doesn’t have ANY bugs………, but for argument sake if it did, which bug/glitch would you like to see fixed the most?

Movex & Resu: (laughter then clears throat) “We have many, some are:

Bella: How fierce is the competition between the top clans in the world to retain the top spot on the leader board?

Movex & Resu: “The biggest completion isn’t other players or clans, it’s the game. You can know the raid inside out, which we do, but things change, Buddy and Lucy go where they want, some skills don’t work when they are meant to. This is the biggest challenge and competition.”

Bella: For the other clans or players trying to better their efficiency in the raid, what advice would you offer?

Bella: Are there any tips would you like to offer to people who are trying to learn the raid?

Bella: If Massive Entertainment were reading this interview, what would you like to say to them about the changes they continue to make to the game that directly affect the raid, given that there is so little new content to keep us interested other than the raid?

Movex: “TU6 was very important to the game with the introduction of targeted farming. It helps you identify where you need to spend your time to find the gear/weapons you need. We need more content, not changes.”

Bella: Is there enough content in the game to keep you interested until the second raid is released in 2020?

Movex: “No. The only thing of interest is the raid and the developers keep nerfing it and changing it.”

Bella: Will the RIP clan be running a hardcore character raid run to get the new commendation?

Movex: “Yes, after the Christmas beak we will all come back and complete the raid with our hardcore characters”.

“Finally, we would also like to say a special thanks to our clan founder parajohny and our former raid Team One members: iwishihadakill, SchelmBallon61, SoD Qk Pieth, and Matzebu. Also to all our members for the hard work.”

With the second raid already delayed to March 2020, I think it’s safe to say that we will see a quicker time from this team before the Dark Hours Raid has run its course and the foundry becomes the new mountain to climb.

Chatter has already started up about TU7’s release. Whilst the devs haven’t revealed much, they’ve given us just enough information to tell us that we should be prepared for some massive changes to both PVE and PVP.

Starting with PVE – get ready for the world as you know it to change. Gear Score (GS) items will now be max roles with attributes split into two segments – core attribute and non-core attributes. Current RNG and drop rates will not apply, this will be a complete reboot of gear (meaning the drop rate will increase).

PVP – Devs have noted that the state of PvP is “bad right now”. Fredrik Thylander – Lead 3C Designer at Ubisoft Massive, states that: “There’s a couple of things I feel missing the core is the non-compromise build meta, where people can gain a lot of damage while maintaining a lot of survivability. Secondly there’s too little team synergy in talents, build and skill use. I think that the dz is too pve oriented” via his Twitter account.

“Well, study the screenshot of gear from state of the game. If you consider it carefully, and think of the implications, you’ll start to realize. Plus, we finally, recently switched from TCP to udp for pvp, which is to say a network protocol not as sensitive to internet congestion.”

These PVP changes won’t be coming with TU7 though, however Fredrick indicates that they will follow soon after causing a big reboot for all aspects of PVP.

Whilst it’s great to have some insight into what to expect from TU7, it personally presents more questions than it answers. Am I going to have to farm for a completely new build? Will my “god role” pieces no longer be god role if they are not currently GS500? Will they be superseded by lower attribute roles simply because of the other benefits we will get from these new GS500 pieces?

Are we going to see the introduction of new talents to compliment this lack of “team synergy” Frederik mentions, or are we to yet again expect a nerfing of some talents and buffing of others? If so, how will this affect my PVE build? Will these talent changes be restricted to gear or include weapons? Are the mods going to be attacked again to compliment the changes to create “synergy”? 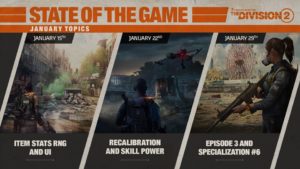 So many questions, so few answers. I guess we will just need to sit tight and wait for the next instalments of the State of the Game and hope for a more forthcoming conversations. In the meantime, new dates have been provided for the next leg of updates and content, as seen above.