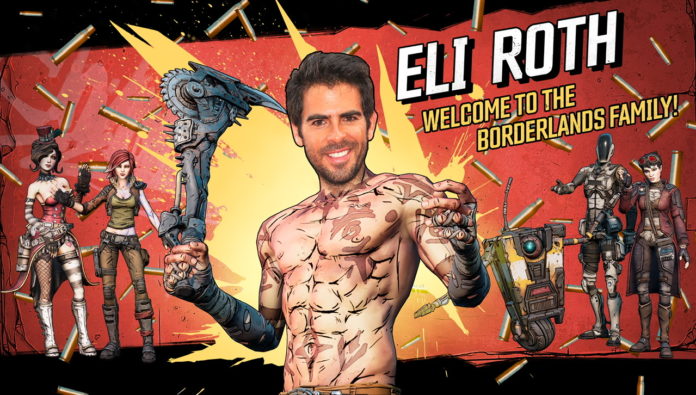 Finally, confirmation that the Borderlands Movie is officially going ahead. Additionally to that, we learn that Eli Roth will be directing the film which is in development with Lionsgate and Arad Productions.

In 2015 Lionsgate originally announced that they had plans to make a Borderlands movie however, little news has been forthcoming since.

Eli Roth will be working with Avi Arad and Erik Feig, on a new draft from writer Craig Mazin who is a recent Emmy winner.

We still don’t know if the plan is to re-tell the story of the Borderlands game franchise, or if a completely new story will be told, we will however, keep our ear to the ground on this one.

For those of you heading to PAX East next week you will be able learn more at the Gearbox Official main theater show on the 27th.

I’m very excited to welcome Eli Roth as Director of the Borderlands movie in development with Lionsgate and Arad Productions. Please welcome @EliRoth to the team and be sure to catch the @GearboxOfficial Main Theater Show at #PAXEast  on 2/27 to learn more. #borderlandsmovie pic.twitter.com/Uaxs7jm10i