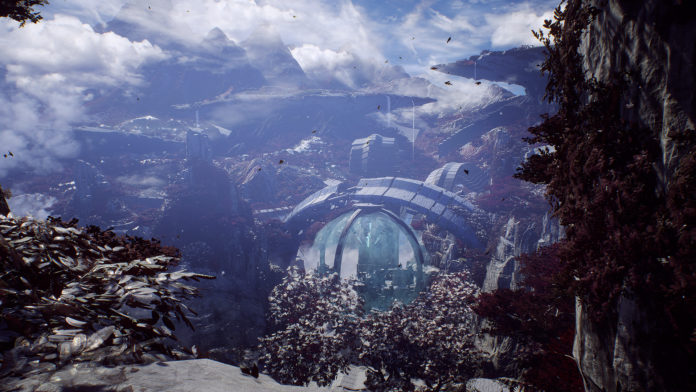 Anthem was a game that just about everyone was excited to play. Of course, any game from BioWare couldn’t really fail? It’s not like players would be upset as they were when Mass Effect 3 came out. Almost a year later and Anthem is finally getting some much need attention from its developer. Today Casey Husdon, BioWare GM gave the players an announcement they wanted to here.

In a blog post, Casey Hudson applauded the players that were still enjoying Anthem. Those players are still in the game creating adventures together with other players. The thing is this new reboot of the game will take more than a few expansions or updates. This will be a complete overhaul of the core gameplay.

Here is a little from what was said in today’s post:

“Over the last year, the team has worked hard to improve stability, performance and general quality of life while delivering three seasons of new content and features.  We have also heard your feedback that Anthem needs a more satisfying loot experience, better long-term progression, and a more fulfilling end game.  So we recognize that there’s still more fundamental work to be done to bring out the full potential of the experience, and it will require a more substantial reinvention than an update or expansion.  Over the coming months, we will be focusing on a longer-term redesign of the experience, specifically working to reinvent the core gameplay loop with clear goals, motivating challenges and progression with meaningful rewards – while preserving the fun of flying and fighting in a vast science-fantasy setting.  And to do that properly we’ll be doing something we’d like to have done more of the first time around – giving a focused team the time to test and iterate, focusing on gameplay first.”

This really is a time to celebrate for the players who are still grinding in the game. They stayed and played a game that wasn’t really great at the start. It is great to see that BioWare is taking this seriously and is working to find a way to make this game better. Unlike the developer behind Destiny 2, somehow Bungie keeps breaking their own game.

If you’re looking to join in on the one year anniversary of the game, players can find Anthem for $59.99 on the Xbox Live store or PlayStation store. Now if you really want a physical copy of the game, Gamestop has it for less than that. The final way to find this game is through EA Access, which I highly recommend using for the PC, PlayStation 4, or Xbox One.

At this point, players will be able to enjoy just about everything they normally do when they are playing. The seasons will be the only thing that is taken out of this version at the moment.