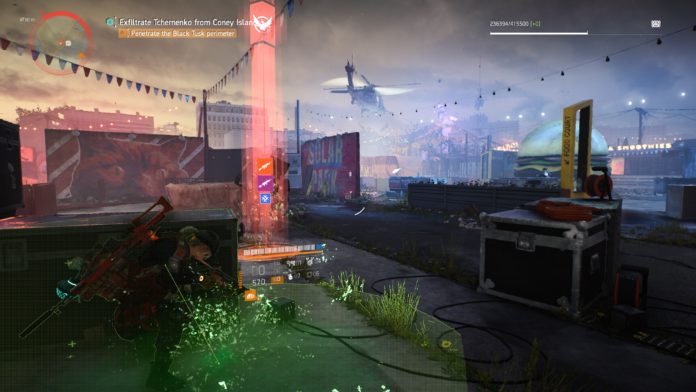 It’s been a big day for news from the team at The Division 2. This morning we received a new animated trailer explaining how the leaders of the four main factions in the upcoming expansion found their way to Keener, and now we get our first look at the new exotic weapon that will be arriving with the expansion on March 3rd – the Bighorn.

Introducing the Bighorn – a new Exotic assault rifle available on March 3 in the Warlords of New York expansion. pic.twitter.com/COytolU3WD

Rather vague, I know. However, this image tells us a few things. Firstly, those of you who are a fan of the AUG A3 and MMRs this looks to be right up your alley. This image suggests we are looking at an AR that will have high accuracy which means we can expect low RPM.

The AUG A3 is the most commonly used AR in the bullpup configuration, with the trigger being in-front of the magazine, and the receiver doubling as the stock. Typically this configuration creates a shorter weapon, but in the case of this new exotic, the barrel is elongated.

Firing a 5.56mm round, the AUG A3 uses a short stroke gas piston and rotating bolt to fire which is what could make it perfect for this hybrid AR/MMR exotic.

Coupling this with CQBSS (8x zoom) scope which is typically used for long range combat, we are looking at a very unusual combination that might become the new “go-to” weapon instead of the SVD, or it’s perfect talent variant – The Commando which also requires the CQBSS scope to active the talent.

As far as what the Bighorn’s special talent will be, we have no idea. I’ll update this article with more information once it’s available. For the time being, it’s all just speculation.