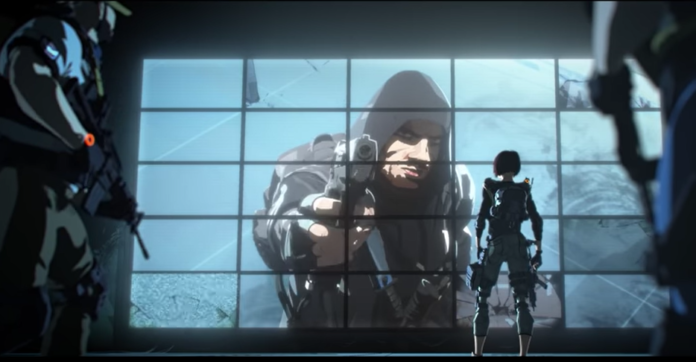 The Warlords of New York animated trailer was released earlier today. If you’ve been wondering how Keener found and recruited the four new heads of the factions in the upcoming expansion, this trailer explains a lot. There’s a deep feeling of betrayal, loathing and a need for revenge, and they seem justified in their motivations:

The Warlords of New York expansion releases for Xbox One, PlayStation 4 and PC on March 3rd, and brings with it a new level cap, extreme changes to load-outs, PvP, a new legendary mode, and lots more. You can check out all the details here.

For those who haven’t read up yet on the background for the upcoming expansion, here’s the official blurb:

New York, where the events of the first Division game was set, is under threat of a new, devastating biochemical attack. While The Division was answering the distress call in Washington, D.C., Aaron Keener, a former Division Agent turned Rogue, has taken control of Lower Manhattan and is manipulating the factions of New York with the help of dangerous Rogue Agents. As society rebuilds on the ashes of the Black Friday outbreak, in Keener’s eyes, so do the binds of authority that burden it. Armed with a new strain of the virus that crippled the world, Keener intends to unshackle society from the establishment. Despite numerous remaining threats, The Division’s priorities have changed. Keener needs to be stopped. The hunt is on. 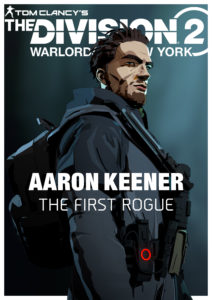 This expansion to Tom Clancy’s The Division 2 broadens the online open world and action RPG experience of the franchise, introducing a gripping new story in post-pandemic New York, a revamped progression system and an extended endgame. Enjoyable entirely in single player or in co-op, Warlords of New York opens up a new chapter of The Division franchise, for veterans and newcomers alike.

NEW YORK MANHUNT
The only way to stop a city-wide bio attack is to hunt Aaron Keener down. But to get to him, Agents first must get through his close guard of Rogue Agents standing in the way. Once trained by The Division, each strayed for individual beliefs, only to regroup under a common banner held by Keener.

NEW YORK HAS BEEN TRANSFORMED
Warlords of New York is set during late summer in the Open World of Lower Manhattan, a brand-new area in The Division franchise, composed of 4 new playable areas: Two Bridges, Civic Center, Battery Park and Financial District.

If you’re looking for more information about the upcoming expansion, check out the details on the changes being made to existing and new factions here.