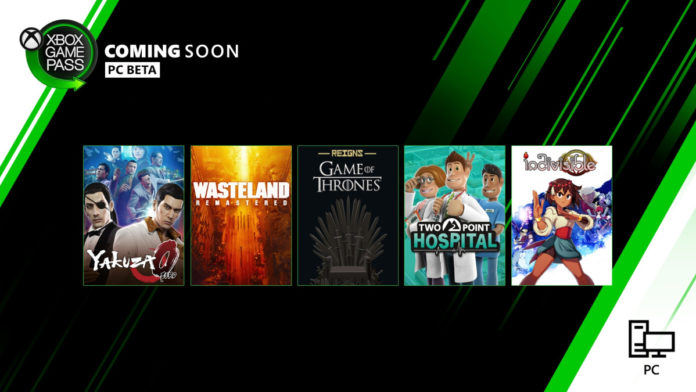 The Game Pass PC library is continuing to grow, with the announcement of the next games to join the subscription based service.

Joining the pass over the next two weeks will be:

An action RPG platformer featuring stunning hand drawn art and animation combined with unique real-time combat mechanics. Immerse yourself in a fantastical world with dozens of playable characters, a rich storytelling experience, and gameplay that’s easy to learn but difficult to master.

The swipey game mechanic comes to the brutal world of Westeros. This third game in the Reigns series brings loads more content, like double the word count, quirky new mini-games and lots of travel, done very quickly, around the kingdom. This game will surprise you with all the secrets and the twisty little stories, whether you’re a Game of Thrones expert or completely new to the series.

Design stunning hospitals, decorate them as you like, cure very unusual illnesses and manage troublesome staff as you spread your budding healthcare organization across Two Point County. But don’t expect it to be populated with your usual types of patients. In this world, you’ll experience Two Point’s trademark quirky illnesses; from light-headedness to cubism – each requiring their very own special type of treatment machine.

The original Wasteland brought the post-apocalypse to video games and inspired a genre. Play one of the definitive RPGs with overhauled graphics, sound, and expanded musical score. It’s 2087, nearly a century after an all-out nuclear war turned vast swaths of Earth into a radioactive hellscape. You’re a Desert Ranger, a band of stalwart lawmen who are the only hope left in what was once the American southwest — and good people’s last defense against hunger, sickness, raiders, and mutants. Now something more secretive and sinister is menacing humanity, and it’s your job to investigate.

The glitz, glamour, and unbridled decadence of the 80s are back in Yakuza 0. Play as Kazuma Kiryu who’s in a world of trouble when a simple debt collection goes wrong and his mark winds up murdered. Then, step into the silver-toed shoes of Goro Majima and explore his life as the proprietor of a cabaret club. Fight your way through Tokyo and Osaka by switching between three different fighting styles instantaneously and beating up all manner of goons, thugs, hoodlums, and lowlifes. When you’re not fighting, kill time in 1980s Japan. From discos and hostess clubs to classic Sega arcades, there’s tons of distractions to pursue in the richly detailed, neon-lit world.

Clear some space on your SSD for these great titles landing soon with @XboxGamePassPC, like Wasteland Remastered, Two Point Hospital, Reigns: Game of Thrones, and others. More details here on Xbox Wire. https://t.co/UNezlseNOP

You can currently sign up for the Xbox Game Pass PC Beta for $1 for the first month, which is 80% off the normal monthly subscription rate of $4.95. Click here for more details.

You can check out the new titles coming to the Xbox Game Pass for console here.