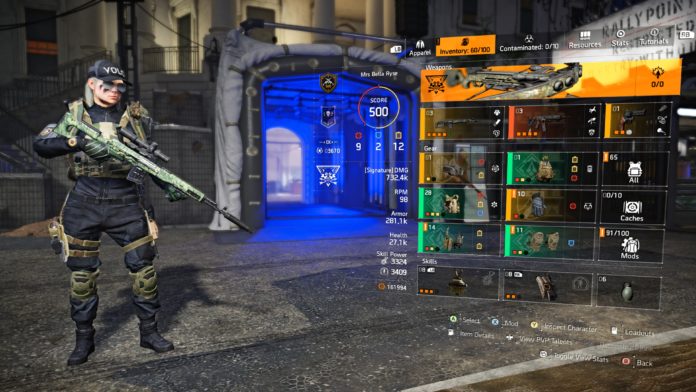 It’s been a long road, a yearlong road actually, for players who started their The Division 2 journey last year on release.

With every major update our builds were broken…..but we rebuilt. With every major content addition new bugs were added…..yet we persevered. In two weeks’ time though, the biggest changes yet, with the largest new piece of content, will be introduced into the game, and I’ve got to say………..I’m nervous.

Before we can prepare for the gear changes that are coming we need to understand what they are. So let’s take a look at the changes that will impact your current builds, starting with Gear System Changes:

Earlier this year, the devs announced that a new gear system would be implemented at a later date after the release of Episode 3 – that time, is now here. This new gear system will bring with it the following changes:

So why do we need these changes? According to the devs, the feedback received is that it can be too hard, or too much of a grind, to get high stat and attribute drops, and the current system is difficult to understand when creating your build. We are also, apparently, complaining that we are hoarding too much gear because we are uncertain of if we will need it in the future or not.

The other issue, apparently, is that there are too many combinations that can be made in our builds with high stats, rather than “builds with interesting trade-offs”. Whilst I understand the necessity to streamline the gear/brands sets to make it easier for new comers to the game to understand how the pieces fit together, I don’t agree with restricting our builds in this fashion.

For many players, we have put hundreds, and some of us thousands, of hours into testing builds, breaking builds, re-testing them, and breaking them again, to create what has turned into the foundation of what new comers to the game strive to create. This will set us all back at zero, having to relearn how all the new pieces, talents and attributes work in conjunction with each other again. Personally, I haven’t spent the last year learning the intricacies of this game just to have it all stripped back and re-worked, so I’m not overly impressed with this approach. I will however, give it a chance before I condemn it (check back in with me in April).

This is one aspect of the update that intrigues me and will greatly assist with my inventory management issues.

Talents, stats, attributes, core stats, mod slots and desired rolls, can all be extracted from items and saved into the Recalibration Library. Once placed in the library you will be able to use these over and over again to recalibrate items as often as you want. So you will no longer need to hold onto 2 x 49% skill haste rolls just in case, as once you have it and place it in the library you will have it forever.

The only issue with this is the word ‘extract’ which means that once you pull that stat/talent/attribute etc off the gear piece that it is on, that gear piece will cease to exist – just the same as recalibration works now. It’s a shame I can’t just elect to place the stat into the library without destroying the gear though. Oh well….

The changes coming to Skill Power are interesting. I’m a bit unsettled by this as my main build, Tip of the Spear, relies on skill power as an attribute, which is apparently being replaced with Skill Tiers – rendering my build broken initially.

The new ‘Skill Tiers’ will make it so that your skills improve and scale with these new tiers, which go up to level 6. Your skill mods will no longer directly affect your build either.

Each skill level will have attributes associated with it, which amplify as you move up tiers to max level 6. Where the major benefit will come into play here is with the introduction of Overcharge.

I’m looking forward to further clarification, and even a demonstration, on how EXACTLY this will work so I can start to plan how I will salvage my skill builds.

Another major change that’s hitting the game on March 3rd is a level cap increase from 30 to 40. For those who buy the expansion you will be able to progress your toon/s to level 40. Those without the expansion will be unable to progress past level 30, however the increased gear score of 515 will apply.

If you don’t own the expansion you will also be unable to join other agents who are playing on a level 40 map in Washington. This will create a few issues for those who only have the one toon and play with friends who have opted not to buy the expansion.

Enemies will now scale to your level regardless of what activity your undertaking. This means that you can tackle any mission at any time and the NPCs will scale to you, removing the restrictions on how you have to progress the story.

The offset to this is no more power leveling your friends or alternate toons as scaling will exist in all activities, and will scale all team members to an average.

That’s quite a lot to take in, and is currently only an overview of the changes yet to come. Whilst some changes are needed in the game, I’m not particularly keen on having to rework every build that I have spent months refining. It’s great to see new content coming out, and I am looking forward to playing on the new map.

There are so many other things I would have liked to see worked on first though, such as fixing the raid joining system so that you can invite players from the party menu again (this has been broken since AUGUST 2019), and the implementation of the second raid that was due late 2019.

Here’s hoping that the content in the upcoming expansion is enough to keep players entertained until later this year when the second raid finally enters the game, otherwise there will be no point in introducing it at all as the main player base that are holding out for it…………will no longer be here to experience it.

You can read more information about the content coming with the Warlords of New York expansion here.

Having trouble getting a build together to tackle the Dark Hours Raid? Check out our guide here.

Need information of the gear and weapon perfect talents? Check out this link.