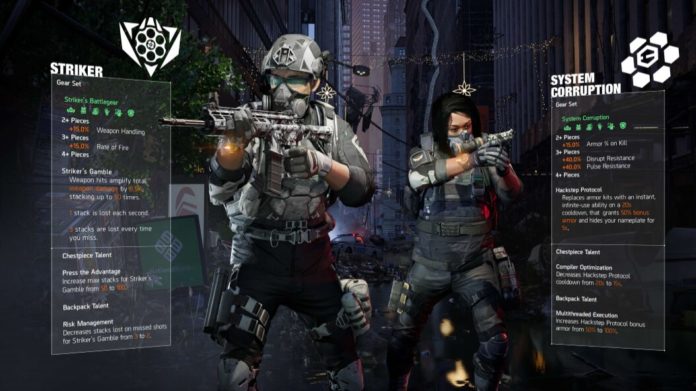 Hi Agents, today we have a bunch of new information regarding important changes and content coming to The Division 2 (or The Division 1.2 – which it’s staring to turn into).

Firstly, I’ll give you a quick overview of what I’m covering here, so you can skip ahead to the parts that interest you:

There is a lot of new information about how Seasons work, their time frames and the rewards that will be available.

You will have most likely seen a lot of chatter about a “pay to win” aspect being introduced with Seasons. The intention of what is being proposed is for players who can’t get on very often can purchase a level boost at the end of each season so that they can catch up to level 100 and don’t fall behind the more dedicated players. This is explained in full below under: Seasonal Level Skips.

As someone who has thousands of hours in this game, I don’t see why we need to continue to suffer changes that reward people who don’t put in the time or effort to achieve something the rest of us work hard at – but hey, that’s just me.

You can read up below on the official announcement regarding seasons, of which I have highlighted some keys points: 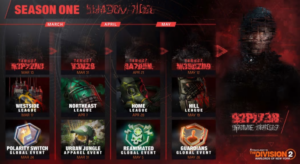 What are the rewards for participating in Seasons?

How long will it take me to achieve Season Level 100?

Where do Seasons happen?

When do Seasons start?

Details of two new Gear Sets have been revealed:

See below for details on how each Gear Set works: 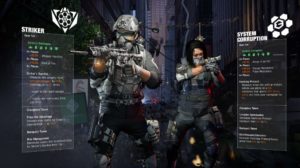 So the PVE players are going to start hunting down the Striker’s Battlegear first, where as the PvP players will be chasing the System Corruption gear. Something for both sides of the fence I guess.

For those of you STILL undecided about The Division 2, you can jump in and play for free this weekend. From February 27th to March 2nd on Xbox One, PlayStation 4 and PC, players will be able to carry over any progress they make during the free-to-play session, into the full version of the game if they decide to make the purchase (which is now on sale for up to 95% off at the Ubisoft Store).

It would seem here that the main goal of the endgame changes is to make higher valued gear available as possible drops for completing higher level activities. The official details released yesterday are:

For new players of the game this won’t really bother you, for veterans though, the inability to craft exotics at top level will be painful. I’m interested to see how they manage this:

1 stack, 2 stack, 3 stack, 4; The Striker set is back and ready for more! pic.twitter.com/GCTXfRU8mP

For those of you planning on purchasing the Xbox Series X console, new details have been revealed about single purchases of digital games for those who upgrade consoles after the game purchase, read more here.