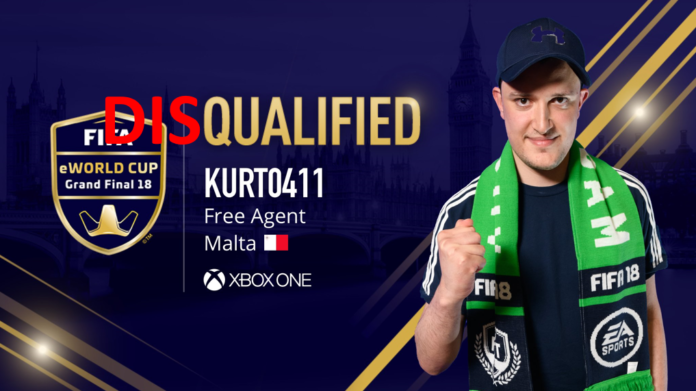 Electronic Arts has punished one very naughty little boy for his constant abuse of staff and other players. After several Code of Conduct breaches, EA Sports banned player Kurt0411 from competing in their EA SPORTS FIFA 20 Global Series events or future competitions in November of 2019.

Apparently the ban wasn’t enough to set Kurt on the right track with his behaviour as he has continued post abusive and threatening messages, and has encouraged others to do the same. The EA announcement reads:

Kurt0411 it would seem, doesn’t feel that he has done anything wrong, and has responded with:

End of the day I have never said anything I shouldn’t have. This is just deeper than anyone thinks. They didn’t want me competing at events cos they were scared I’d win them, now I’m the 2nd biggest streamer of their game and they’re scared I’ll overtake their golden boy

End of the day really is……….don’t act like a tool. This kind of behaviour isn’t just isolated to Kurt0411, it’s infected the gaming community and sadly no matter the game, you will always find toxic gamers. This gamer in particular though has taken things to a new height, allegedly hacking EA staff Twitter accounts to send tweets in support of his behaviour.

It’s refreshing to see a company taking a stance and placing a full ban for this kind of behaviour. As EA stated, he was in breach of not only the Code of Conduct governing their events, but also the Terms of Service, which we all agree to in order to play EA’s games.

I don’t know about you, but when I was raised I was taught that if I didn’t have anything nice to say, not to say nothing at all.

In other news, Pretending I’m a Superman, the Tony Hawk video game documentary, will air later this week at the Mammoth Film Festival in California. You can check out the details here.