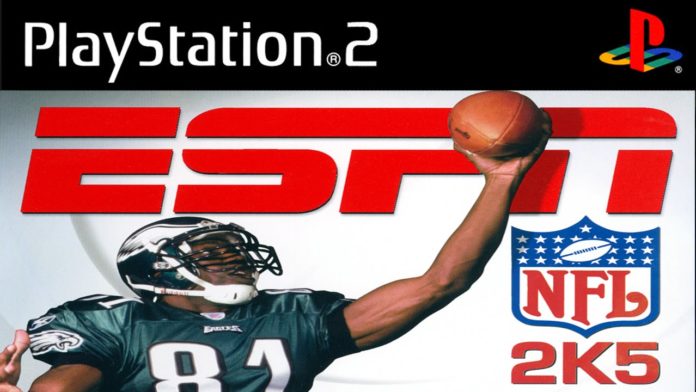 The NFL and 2K Games have announced a new partnership between the two companies. You may have forgotten about the ill-fated NFL 2K Football franchise from 2004. Most of us never forgot how great that game was and how EA Sports jumped in and sign a multiyear exclusive deal. David Ismailer, President of 2K had this to say about the new partnerships.

“The NFL is one of the most successful sports brands in the world, known for creating incredible entertainment for fans. We’re thrilled to be back in business with the NFL in a partnership that will span multiple video games centered on fun, approachable and social experiences. It’s exciting to bring together 2K’s expertise in creating award-winning sports games with the NFL’s renowned status as a world-class entertainment and sports organization.”

The deal is to create non-simulation games that won’t be available until 2021. This means we won’t get a direct competitor to the Madden series. Instead, we will be seeing games multiple games that will look more like NBA Playgrounds.

EA Sports also dropped a response after the news between the NFL and 2K Games was announced.

“EA SPORTS is the exclusive publisher of NFL simulation games, and our partnership with the NFL and NFLPA remains unchanged. Our agreements have always allowed for the non-exclusive development of non-simulation games on various platforms. Our commitment to NFL fans, which spans almost 30 years, has never been stronger, and we’re having our biggest year yet. Madden NFL 20 is the most successful game ever in the franchise, and new modes like Superstar KO and our Madden NFL esports broadcasts are growing the fan base. We’ll be building on that momentum with more new and different experiences, on more platforms and with new ways to play, in the years to come.”

So it seems there was a small loophole that no one jumped on until now. I’m happy to see the sports gaming community getting more than one NFL title. We won’t know more about these games until it gets closer to 2021. Don’t forget that MLB: The Show will be multiplatform starting the same year. All we need is for EA to revive their Tiger Woods PGA Tour.

Did you see the new content coming to Sea of Thieves? Or the specs for the Xbox Series X? Bookmark www.realgamemedia.com and follow us on Facebook and Twitter to get the gaming news you want.