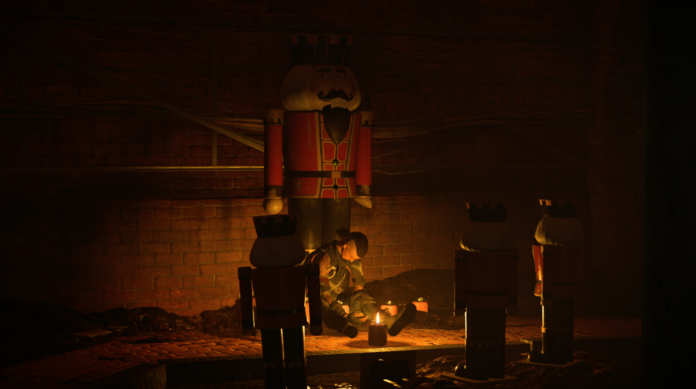 Last night and this morning many Tom Clancy’s: The Division 2 players logged on to find that some Division 2 cheaters had been banned for one week, with all progress made from March 17th being rolled back.

A foum post from the devs on the matter reads:

We were recently made aware of a bug that could be exploited and allowed players to increase their damage to an unintended amount. In accordance to our Code of Conduct we will suspend accounts of those who have systematically exploited this so called “DPS Glitch” in order to gain an unfair in-game advantage. The use of this exploit has negatively impacted the game’s economy, leaderboards, been hugely detrimental in PVP and has negatively affected the enjoyment of the game for many.

Players who have exploited this bug will receive a one-week suspension starting immediately and will be unable to play Tom Clancy’s The Division 2 during this time. Furthermore, sanctioned players accounts will be flagged and any further offense will result in a permanent suspension.

In addition, the sanctioned players accounts will be rolled back to a save from March 17th, causing all account progress gained during this period to be reset. 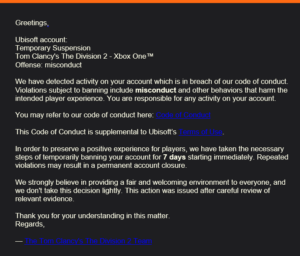 We have been seeing a massive increase in the number of players in the DZ utilizing the DPS glitch which has made the DZ basically uninhabitable for anyone who is not.

In the PvE realm, players have been exploiting not just the DPS and Armor glitches, but also a timer reset glitch at the Razorback boss in the Dark Hours Raid, enabling 2 minute and 45 second completion times.

Sadly, not all players have received the ban who should have with the top times on the leaderboard for the level 40 raid ranging from 4 minutes and 5 seconds, up to the 13 minute mark, which is where we suspect the legitimate times begin. 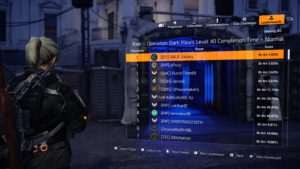 Other players who dabbled with the DPS glitch in their own PvE worlds for a few hours, harming no one and achieving nothing on leaderboards, have been wacked with the same ban as the people who spent the past 2 weeks griefing people in the DZ and using multiple glitches to get top times on leaderboards for both the raid and seasonal rankings.

There seems to be a problem in the process used in identifying who should and should not receive the ban. So I suspect we will see further movement on this from the dev team, with potentially another round of bans, and perhaps some reinstatements. I don’t believe this should a “one shoe fits all approach”. Players I know that have been using the glitch for several days are still playing, whilst others that tried it once for the fun of it have lost their account rights for 7 days and any progress they made over the past 2 weeks.

Additionally, there is a flood of players reporting on Reddit that they didn’t use the glitch at all yet still received the ban (they were potentially teamed up with people who were using it – known or unknown to them) – will we see this overturned completely to undo what’s yet again broken?? Time will tell.

If you feel that you have been banned unfairly because you didn’t use the glitch at all, you can reply to your ban email with details of your situation: [email protected], or you can contact the online customer live chat support channel.

I’m all for the cheaters getting banned, however the punishment needs to fit the crime, and you can’t leave people untouched that have 4 minute raid times, and ban others for doing nothing anywhere near as disruptive as that, whilst at the same time openly stating that you are aware your game in unbalanced and that the time to kill is making the game very difficult for players to progress.

Whilst the Terms and Conditions, and Code of Conduct are in place for The Division 2, it would seem that they have been recently updated to outline banning players for this type of conduct, to enable the devs to roll out this wave of bans. So did you actually agree to this kind of punishment when you bought the game and agreed to the terms? It’s an interesting pickle indeed.

In the meantime, whilst I wait for normally to settle back into the game, I’ll be commencing phase two of the Manhunt which kicked off last night, along with the Urban Jungle Apparel event. You can read up on the apparel event here.

Are you looking for some help with your builds or understanding the changes made with Title Update 8? Here are a few links that will assist you: