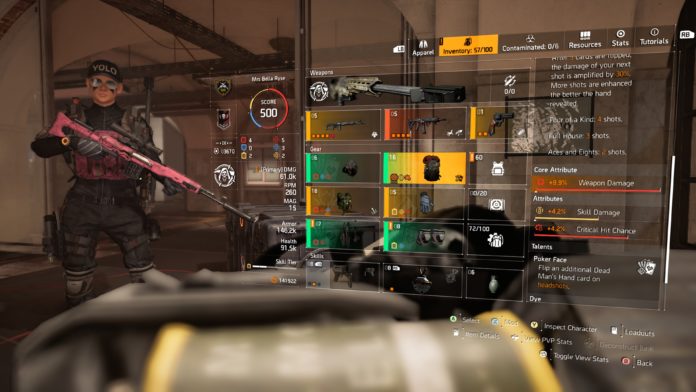 Today, Title Update 8 for Tom Clancy’s: The Division 2 has rolled out on Xbox One, PlayStation 4 and PC.

With it comes a wide range of changes to most aspects of the game, including re-calibration, gear, missions, and narrative. These changes render current builds ineffective for the most part. This will mean re-building, re-learning, and more painfully (or fun depending on your definition) re-farming.

Below we will take a look at what changes have been implemented over night (keeping in mind MANY game stopping bugs have already been identified and maintenance will be rolling out again tonight for 3 hours to address them) and try to make heads and tails of how to move forward with your builds.

In this breakdown I will be covering the below topics, so you can just skip ahead to the parts that interest you:

At the end of the article you can find the additional content advised in the official patch notes regarding:

In the new campaign you will head to New York to track down rogue agent – Aaron Keener. To get to Keener though, you will first have to find and eliminate his four lieutenants, along with other activities such as gaining the trust of the new faction: Peacekeepers.

By eliminating the four lieutenants on your hunt for Keener you will learn the following four new skills:

We currently don’t have a full list of the new weapons, gear, exotics and named items that have been added with Title Update 8, except to say that it is apparently an extensive list.

Over the coming days we will be pulling together lists and tables of this new content so be sure to check back in next week.

This is where the changes effect us the most – our builds. For anyone logging in today that has been playing the game for months, your easiest way forward is to trash can your current builds and start fresh.

Attributes will be more important than ever now and will include the following 14 descriptors:

Other changes to attributes are:

All Brand Bonuses have been reworked as well, meaning the way we used different brand sets together to create hybrid builds has completely changed: 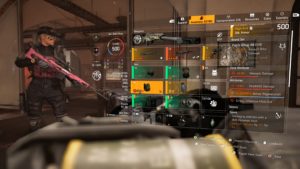 I will work on getting you a full list of the new brand set bonus’ very soon. Check back shortly.

Talents have been completely overhauled and stripped from all gear pieces except for Backpacks and Chest Pieces, both of which can only have one talent on them.

In moving forward with farming for your new build I recommend you pick the talent you wan’t on your Backpack and Chest Piece that will compliment each other, and go from there.

I have compiled two tables below to show you what talents are now available on those two gear pieces:

Other changes to gear and weapons include:

Have you ever been running around playing your favorite looter shooter and thought to yourself “gee there’s just too much loot”? O.o

Well if that’s you then you’re in luck as the loot drop rate has been decreased. The quality of drops has reportedly improved, which is designed to make us feel like the loot drops that we do get are more “meaningful”. Item power, quality and quantity will now scale with the difficulty of the task you are undertaking.

Here’s the official word on the changes to crafting:

The recalibration station has been completely overhauled as well, with players now being able to extract attributes from gear and weapons into the new library. Once learned, you will be able to use these over and over again without having to re-farm for them – YAY. 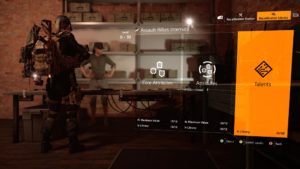 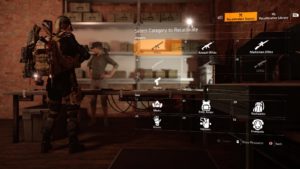 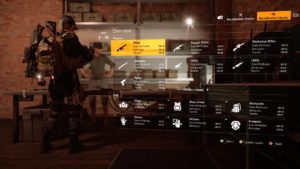 The leaderboards have been reset, with year one times and completions being set in stone. The new leaderboards will eventually include times from all platforms – Xbox One, PlayStation 4 and PC.

For the time being though, you can get to work on getting your name up on the Year Two leaderboards.

Farewell year one, you will be missed….. 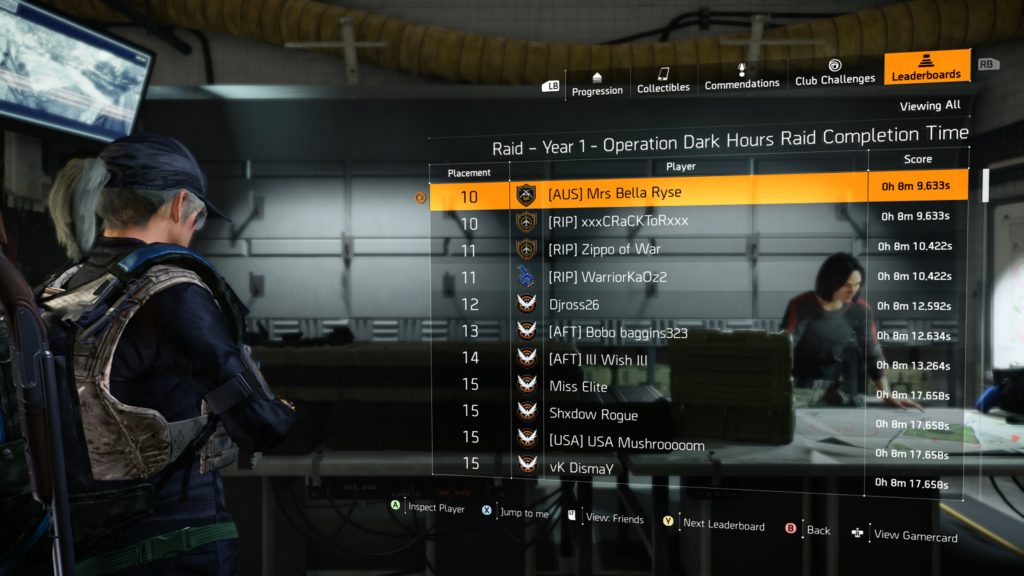 That’s a lot to take in – I know! The best way to absorb it all is to jump online and play. You will get a feel for the changes as you play through the new missions for those who have the expansion, and for those who don’t simply completing your invaded for the week will give you enough exposure to really see all these changes at work.

Please keep in mind that once you start the new campaign you will have to complete it before you can return to Washington, and those who don’t have the expansion will be unable to join you.

Below you can find the additional details that were provided today via the patch notes:

Offsite Locations and the Pilot

Directives
Directives are additional difficulty modifiers that players can activate manually after having finished the Warlords of New York campaign, both for Missions and the Open World. The more Directives you activate the harder the challenge and the greater the end-of-activity XP reward! Five Directives will be available once you reach the Level 40 endgame:

Global Difficulty
Players that have finished the Warlords of New York campaign can now choose to select a Global Difficulty. This will affect all gameplay, including Open World activities. Higher difficulty enemies and activities drop better-quality loot. There are 4 difficulties that can be selected:

Changing Global Difficulty will respawn and re-activate activities in the Open World. This will allow players to freely reset their activities.

Seasons
Seasons will bring a cohesive experience end-game experience using Seasonal Manhunt, Leagues, Global Events, Bounties and Apparel Events across both New York City and Washington D.C. You can find a first overview on Seasons in our dedicated article here.