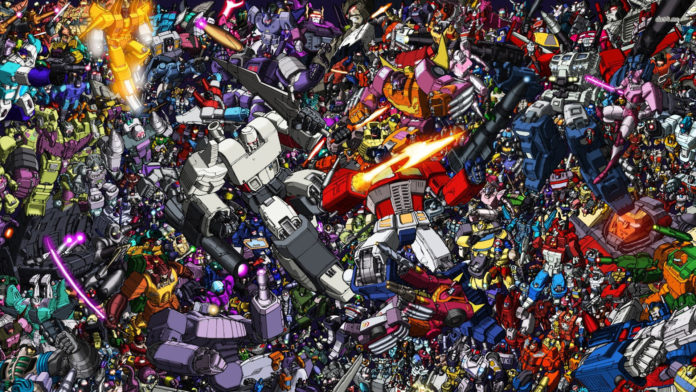 Transformer gaming fans will be happy to know information about the latest instalment in this iconic series has been leaked prior to E3. A listing went up on BEST BUY (since removed from their site) showing the title to be Transformers: Devastation, and the box art on Playstation4.

Devastation gives gamers the choice of 5 playable Autobots in this cell shape brawler. We can look forward to transforming and smashing away using Optimus Prime, Sideswipe, Wheeljack, Grimlock and of course Bumblebee (not Bubblebee as reported by IGN – that’s a bit cute).

Along with the Transformers appearing as they did in the original TV series we can also appreciate that some original voice actors will be involved. Peter Cullen the voice of Optimus Prime, Dan Gilvezan as Bumblebee and Frank Welker as Megatron and Soundwave.

Publisher Activision and developer Platinum Games I would assume will be releasing more information on this exciting intel over E3 such as platforms and release date. So far it is only confirmed to be on PlayStation 4 but one could assume it will be available on PS3, Xbox 360 and Xbox One. We will keep you up to date with the news on this exciting title as it unfolds.