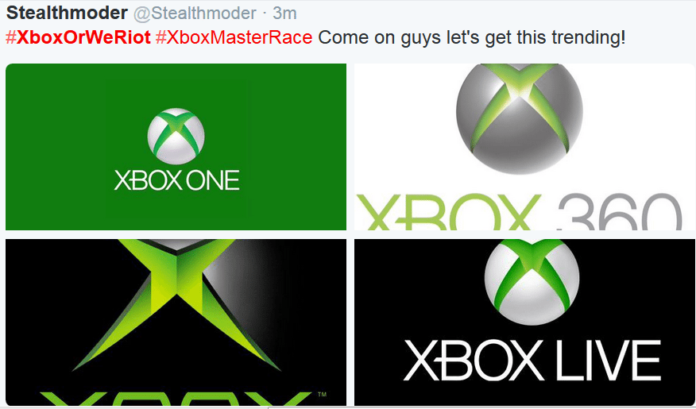 After today’s announcement that Sony now has the exclusive rights to Call of Duty (CoD), the Xbox CoD community is literally up in arms protesting about this marketing decision.

Xbox has had the exclusive rights for quite some time now, hence the reason that the entire competitive CoD scene is focused around Xbox.

It’s a very clear message, gamers from all levels, whether it is amateur or MLG level are not impressed. These gamers have sunk hundreds of dollars into ensuring they have the top of the line equipment to play CoD on the Xbox competitively knowing that this is the console that will always have the upper hand as far as DLC goes…………… well at least it used to be.

Why did Microsoft Studios let it go? We can only imagine.

Why did Sony spend all their pocket money on a one month timed DLC exclusive? We can only guess.

What we do know is the Xbox CoD community is utterly unimpressed!

Oh did I mention that a petition has already been started: #XboxOrWeRiot Petition

Just a couple of examples for you: If you would like to hear some more chatter about this please see the latest instalment in the EXL Podcast: