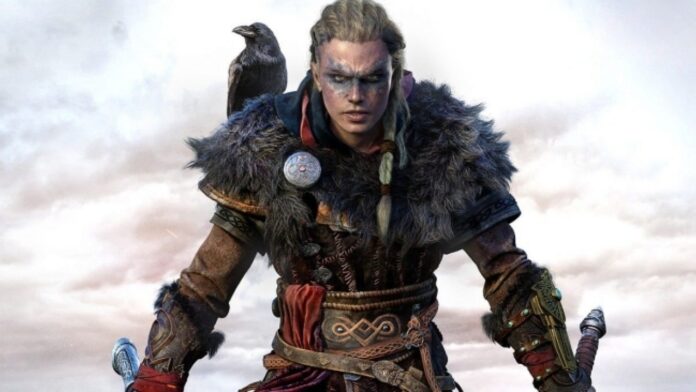 — A copy of the game was provided, courtesy of Ubisoft —

My friends, and people who follow what I write, know how much I am a fan of Assassin’s Creed. Especially, Assassin’s Creed: Odyssey. It is the game I have played the most this generation. Therefore, when Ubisoft announced Assassin’s Creed: Valhalla would contain Norse mythology and Vikings, I had really high expectations. Did it live up to them? Continue reading to find out. 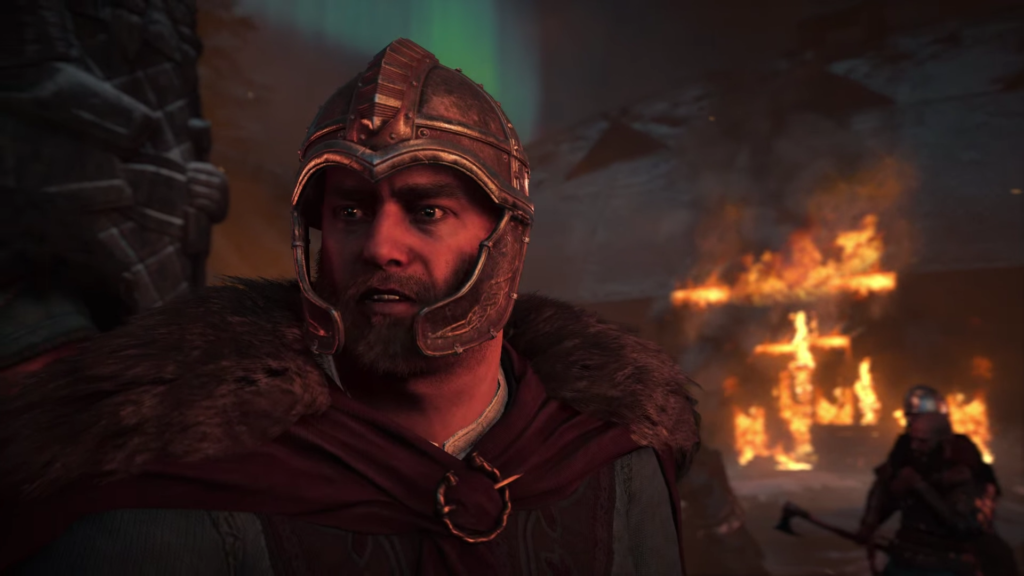 A family tale of vengeance

The prologue starts with you being a child named Eivor. Continuing from the concept of Assassin’s Creed: Odyssey,  Assassin’s Creed: Valhalla asks you if you prefer to be a man or a woman. The interesting difference here though is that the game has a story to tell. So, it asks you if you want the Animus to choose for you. I’m not going to explain why here, because it is definitely “spoiler territory”.

The story unfolds when your village gets invaded, and your father dies during the raid. As you progress through the game, what unfolds is a saga of vengeance towards the one who killed your family and dishonoured it. It quickly spins though towards a voyage to England. Once there, you will regroup with your clan, build a new settlement to live a new life. This will lead to exploration, meeting new clans, forging new alliances and declare new wars. The objective is to rebuild your name and win back your reputation. 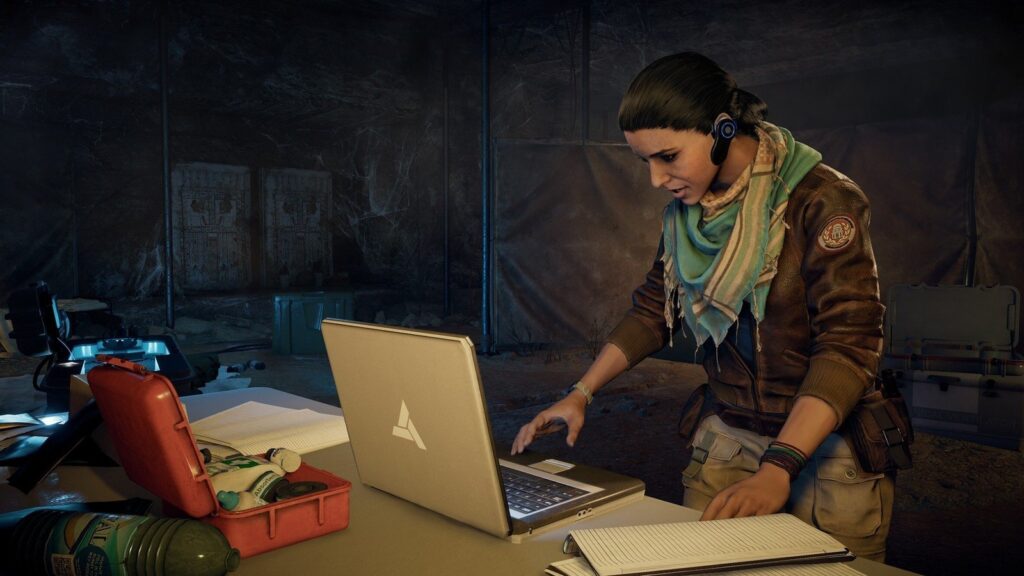 Expectations regarding the franchise mythology

I might be a part of the minority here, but, the entire Creed mythology fascinates me, with the Isu, the artifacts, the First Civilization and all that. To fully experience this part of the franchise with Eivor though, you really have to dig real hard, unfortunately. Some of that content hides behind a special kind of side quests that I’m sure most people won’t even do. This puzzled me to no end.

However, there are some really important moments in the story (like the ending) that are linked to this mythology. If you don’t have a deep knowledge of the lore and what happened in the previous games, you probably won’t appreciate what is unfolding. This results in a game that stands a lot less on its own than Assassin’s Creed: Odyssey. You can still lose yourself in a good Viking story though. Depending on what you are looking for in an open-world RPG game, it can influence a lot of the feelings you will be left with when you are finished. I would strongly suggest you either play the other games in the Assassin’s Creed franchise before diving into Assassin’s Creed: Valhalla. 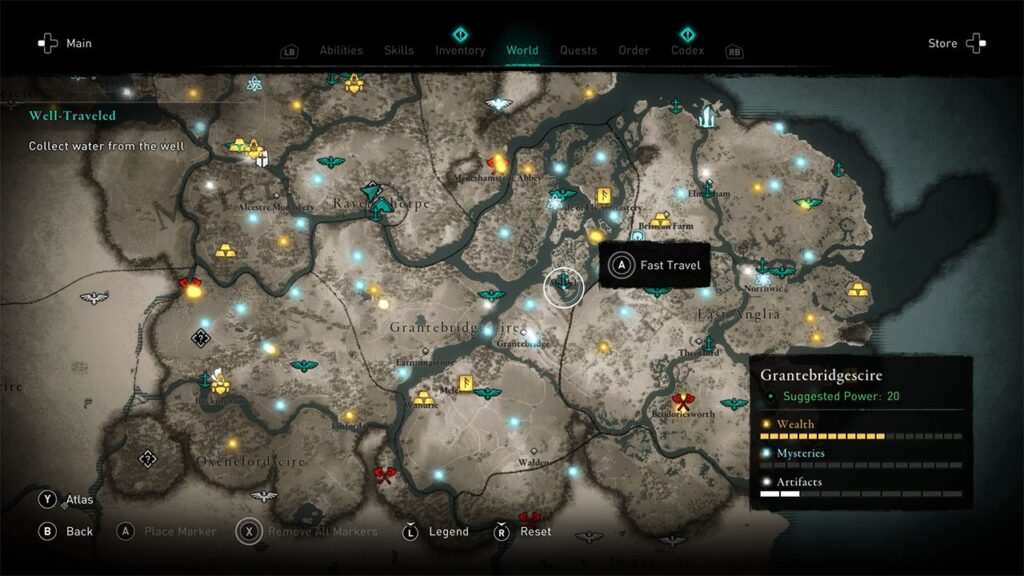 Advice for the completionist gamers

The amount of content in this game is incredibly high. The developers really wanted to give the players many reasons to just live and breathe in this world. You have your main quest progression (divided into about a dozen regions). Exploration will make you find artifacts. Eivor will solve mysteries, going from riddles with light puzzle elements to encounters with mysterious entities. You will uncover treasure chests containing high-end equipment all across the world. Not unlike the previous games of the franchise, you have an Order to hunt down each of the members and try to kill them all. You can even go into raids of monasteries and cities, which will allow you to gain riches and special resources. The latter will allow you to upgrade your main settlement, those leading to the ability to feast with your villages, giving you buffs. I played the main game for about 120 hours. I think I did around 70% of the entire content of the game.

There is an important thing I need to mention. Playing open-world games like this one, I used to be the kind of player who would just “clean out” a region before moving to the other. In Assassin’s Creed Valhalla, I found out that it is not a good idea to do so. There are so many things to do, doing that will just exhaust you and make you lose contact with the story.

Also, there is definitely a little Metroidvania aspect to it, especially regarding the treasure hunts. Eivor will progress all along her journey, getting new abilities and skills (more details on that later). Some of them greatly facilitate exploration and discovering passageways and treasure chests. So, especially at the beginning of the game, don’t spend too much time trying to do everything. Do so by chunks, all along with the story, once your character is more evolved. It is much less frustrating and time-consuming.

In terms of character progression, a lot of aspects are very familiar to anyone who played the previous game of the series. You will discover items in the world called “Books of Knowledge”. They allow the player to gain new ranged or melee abilities. Those can be mapped to a key combination of L2/R2 plus one of the buttons, thus allowing to have 8 abilities total (4 of each category) available to use. You also still have a skill progression system, allowing you to get points mostly when you level up, allowing you to get buffs on many different aspects: health, stealth, melee damage, fire resistance, etc.

Gearing up your protagonist is different from the previous game though. Odyssey is a game that is mostly a Diablo-like experience, getting tons of different pieces of equipment everywhere from killing enemies to chests. The amount of gear in Valhalla is much less, focusing more on different sets (which gets additional buffs if you have all the pieces). You will not get them from enemies now. Chests, treasures and shops are going to be your go-to locations for them.

There is an option though to upgrade them up to some levels by yourself. When you obtain some resources, you can do it directly from your inventory screen. When you reach a certain threshold, you need to go to a blacksmith (in your settlement or in another village) to do so. Afterwards, you will be free to continue doing it like before. It is a much more roleplay/Dungeons-and-Dragons-like experience in my opinion. It shocked me at first, but then I really enjoyed it and made me enjoy my Eivor more. 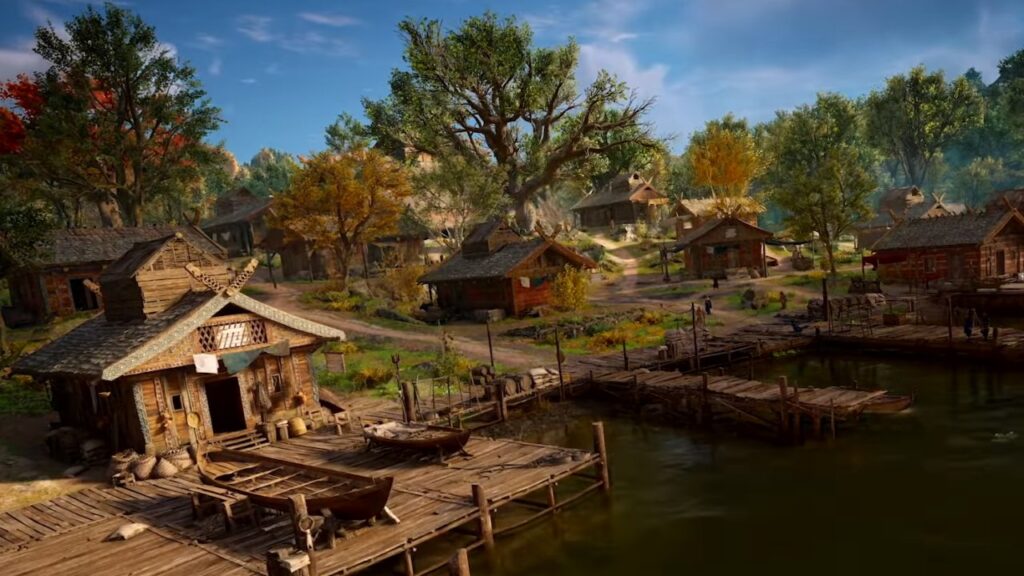 This new iteration of the series is the first one that targets next-gen consoles, and it shows. The quality of the graphics really impressed me. The draw distance is a step up from the previous game. The developers definitely implemented a significant upgrade since Odyssey. It all came at a cost though, for players experiencing the game on the previous generation of consoles.

There are quite a lot of pop-ins textures and objects in the game. The framerate is pretty stable though. I have only seen problems when, for example, I was running full speed on my horse, from a clear field arriving at a city. The amount of loading to do, the fastest possible, made me experience 1 to 2 seconds lags. Other than that, I had no particular issues with the way the game is managed by Anvil, the proprietary game engine from Ubisoft.

There is one small note I need to add. You have to be patient when starting the game and/or using the fast travel functionality. On a regular PS4, and still, on a PS4 Pro, the amount of time to just wait for the game to load is very high. Starting the game easily takes more than a minute. On fast travels, it was not rare for me to have to wait more than 15 seconds. The situation was never game-breaking, but it was still annoying and taking me out of the immersion. I am sure the situation would have been a lot better on a next-gen console or on a PC with an SSD drive. 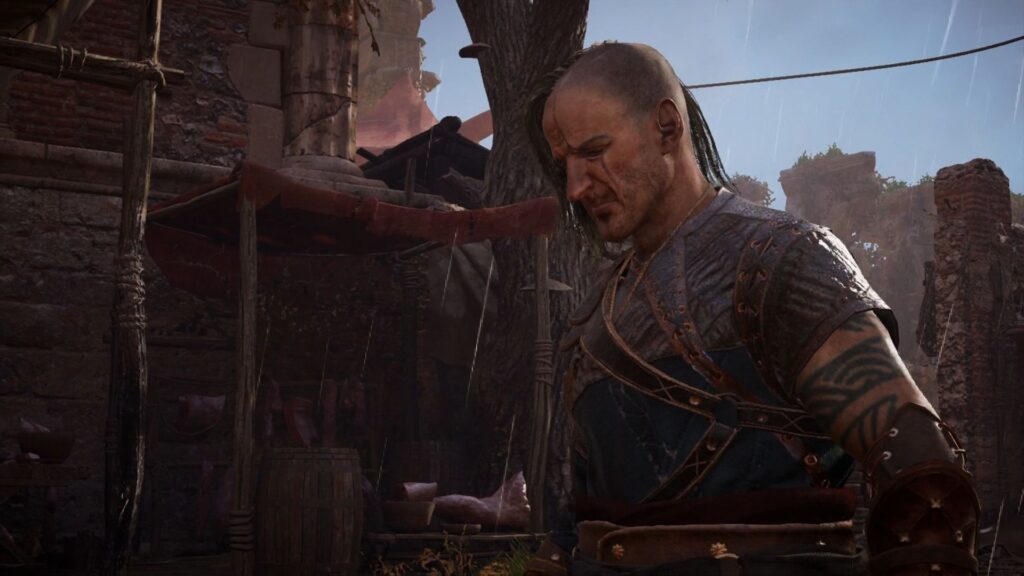 Let’s talk about the bugs

Assassin’s Creed Valhalla contains a lot of quests, systems and content. The ambitious developers that worked on the game really had their hands full during the creation of the game. Unfortunately, it resulted in a game that is clearly not totally broken (à la Cyberpunk 2077), but still has a lot of issues.

A good dozen times, I had problems that hampered my immersion. I had clipping issues with the environment that made me die for nothing. I got caught up in some weird architecture that forced me to quick travel elsewhere to get out of it. Sometimes, I had a situation where a mission objective didn’t clear properly which prevented me from finishing a mission where I needed to be anonymous – even though I properly evaded all characters. A trophy I earned also didn’t pop, even though I did everything needed to unlock it. The situation is deceiving, considering how few issues I encountered during my Odyssey playthrough.

Fortunately, the game is very generous with its automatic saves. When necessary, it was always very easy to just load a previous state and restart small parts of the game. I didn’t lose too much progression when these issues cropped up, which is great. It was annoying to have to revert to a save point but it would have been worse to restart a whole level.

My Assassin’s Creed: Valhalla review was the toughest article I have ever written. I wanted to love this game with all my heart. After Assassin’s Creed: Odyssey, I had high expectations for this one. The content and Norse mythology pulled me in intensely. I love the look and world-building of this game. The developers clearly cared about this product. Unfortunately, because of the number of technical issues, I have to give it a lower score than the previous game. I hope that the upcoming DLC expansions will continue the great story of Eivor and her crew.