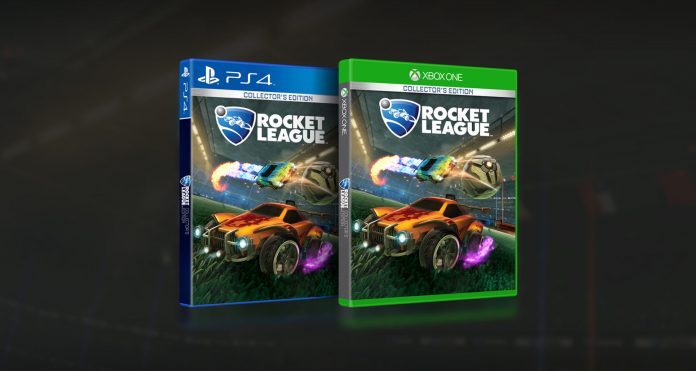 Rocket League will always be remembered as one of the biggest indie success stories to date. It’s hard to find someone that’s actually not playing this on one platform or another, hence the reason that the decision to launch a physical  version of the game was made. Europe can look forward to the shelves being stocked on June 24th, and North America on July 5th.

Here’s all the details about what’s included:

The long-awaited Rocket League ™ Collector’s Edition is coming to retail stores near you on June 24 in Europe and July 5 in North America! This special, disc-based version will debut at $29.99 USD (or regional equivalent) and will release on PC (Steam), PlayStation 4, and Xbox One.

* Note: The four new vehicles are timed exclusives, meaning that Collector’s Edition owners would have early access to the Battle-Cars for a limited number of weeks before they became available for purchase digitally to all players. We’ll have more information on these as we get closer to release.

If you’re new to Rocket League, then the above list of goodies join an already-awesome bounty of features and modes included in all versions of the game, including: