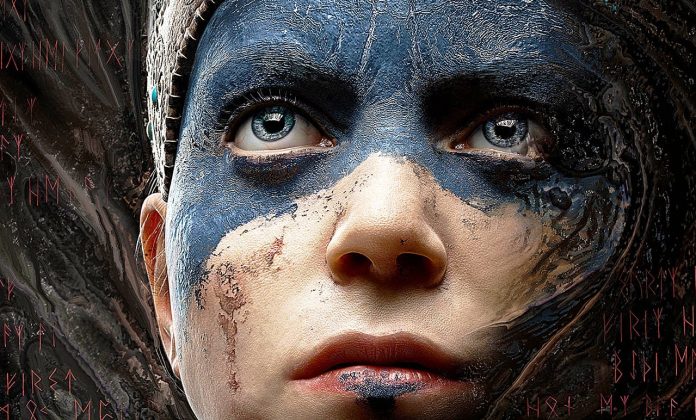 The development team at Ninja Theory have been quite busy according to their diary. With travelling to Eastern Europe for cutting edge facial software, to redefining free-flow combat as we have come to know it; the IP Hellblade Senua’s Sacrifice has shown to be nothing less than ground-breaking in every aspect.

Ninja Theory is known for superb titles such as the re-imagining of the DMC: Devil May Cry series which set the world on fire with the new installment of the hack and slash, shoot-em up combo craze that many gamers have come to love and cherish, and as well, the title Enslaved: Odyssey into the West which showed us a hidden beauty in a dystopian backdrop setting with a superb narrative that led to an engrossing storyline. Now the stakes have been raised.

The storyline within Hellblade continues to be that of a mystery. From what we have been shown, it details of a young woman who has indirectly had her path crossed by that of the marauding Norsemen, and in such her whole village has been decimated, which has caused the protagonist Senua, acute mental anguish. The design team at Ninja Theory have been respected by the gaming community to meet the mark when it comes to significant character development within a cutting edge storyline, in Hellblade they’ve seem to have hit gold yet again; with a certain visceral, and in some instances ethereal narrative, all taking place within the thoughts of the protagonist.

The combat system under construction in Hellblade is nothing short of fantastic from what they have disclosed in their online diary via YouTube. The free-flowing combat system that lets players effortlessly transition from one target to the next, seamless counter-attacks and evasion of incoming attacks is proving to be a ballet of organized carnage that only the gifted team at Ninja Theory are renowned for displaying in their top-notch titles. At this point, we have only seen Senua wielding a Viking long sword emblazoned with Norse runes; however, it would be great to see her in the future with the ability to utilize a various arsenal of axe’s and or spears and bows.

The audio soundtrack has a gothic melody infusion that certainly welcomes the overall tone to the plot. The transitions in the environment from day to night accompanied with the eerie melodic score will be sure to pull the players deep inside the storyline of Senua and see the turmoil within; that torments her already fragile psyche.  It’s unsure what to further expect from the designers at this point, with documenting the creation of a modern interactive masterpiece it is only safe to say that the boundaries of the imagination has no bounds…