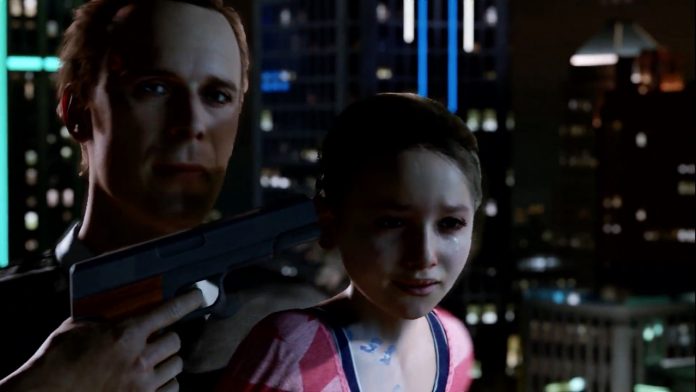 The new game from Quantic Dreams finally received a gameplay trailer at Sony’s E3 Press Conference.  It looks like the trails set up by their 3 other games (Indigo Prophecy, Heavy Rain and Beyond Two Souls) is very apparent, with a divergent story where decisions need to be made that will influence what happens, by branching conversations and actions.

The story looks like the main focus is on a character named Connor, an android, who’s sent to investigate on a girl’s disappearance. Collecting evidence and talking with people will be a key feature of this game. There will be a lot of dilemmas and conflicts, and our own story will be built through the choices we make.

The historical background looks like intelligent androids are living among us and are recognized in the society, but not universally accepted, where they can be seen as less than human. Part A.I. part Ex-Machina, the concept of a “human” android will be fully exploited.

Quantic Dreams is a force to be reckoned with in terms of storytelling and I can’t wait to see what they have planned for us with this one.  Are you as excited as me? Are you curious to see where this incredible journey will us this time? Let us know in the comments.