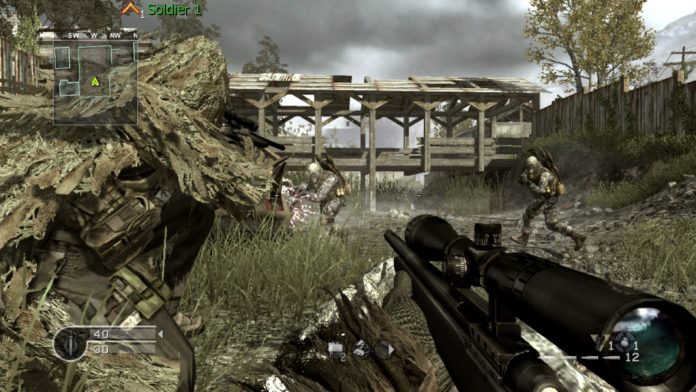 For those of you looking to pre-order Call of Duty: Infinite Warfare to secure your copy of the remastered Call of Duty: Modern Warfare on the PlayStation 4, there are a few things you need to know in regards to the early access offered for the campaign component of the game.

Activision Support have posted a FAQ to walk you through how the retailer purchase and digital purchase differs:

If you are planning on buying Call of Duty: Infinite Warfare* at a retailer, you must fully pay off your purchase of the game in order to get access to the MWR Campaign 30 days early. Pre-orders are not the same thing as a pre-purchase.

Once you fully complete your purchase of the Legacy or Legacy Pro Edition, your retailer should give you a download code to enter on the PlayStation Store. That code will give you access to Modern Warfare Remastered’s campaign on October 5. Check with your retailer if they are participating in this offer. In the US, GameStop has confirmed that this offer is valid at their stores.

If you are planning on pre-purchasing the Digital Deluxe or Digital Legacy editions of Call of Duty: Infinite Warfare* digitally on the PS4 Store, you will automatically get access to the Modern Warfare Remastered Campaign on October 5. PlayStation will notify you on Oct. 5 when the MWR Campaign is ready for download.

The PlayStation 4 Store requires you to pay the full price of the game upon pre-purchasing it on the store.

This offer only grants 30 days early access to the entire campaign of Call of Duty: Modern Warfare Remastered. The multiplayer mode will be available to play on Friday, November 4, alongside Infinite Warfare’s release.

All of the progress you make on the MWR Campaign prior to the November 4 launch will transfer over. After the early access period ends on November, players who had early access to the campaign will be required to re-download the full, final version of Call of Duty: Modern Warfare Remastered, included in select editions Infinite Warfare. The final version of Modern Warfare Remastered, which launches on November 4, will give you full access to the multiplayer mode, alongside the campaign mode.

This offer is valid from now through November 3rd — meaning if you pre-purchase at a retailer or pre-purchase digitally after October 5, you will be granted immediate access to Modern Warfare Remastered’s campaign on PlayStation 4.

Xbox One and PC players can get access to Modern Warfare Remastered, alongside Call of Duty: Infinite Warfare, on November 4.