This E3 was a show that seemed more devoted to following up on already announced games, or officially announcing rumored titles. There were still a few surprise announcements, not as many as the last few E3’s I’ve attended, but there were still a few. Perhaps the biggest standout this year was Agents of Mayhem, the Volition-made action adventure game that takes place in the Saints Row universe. 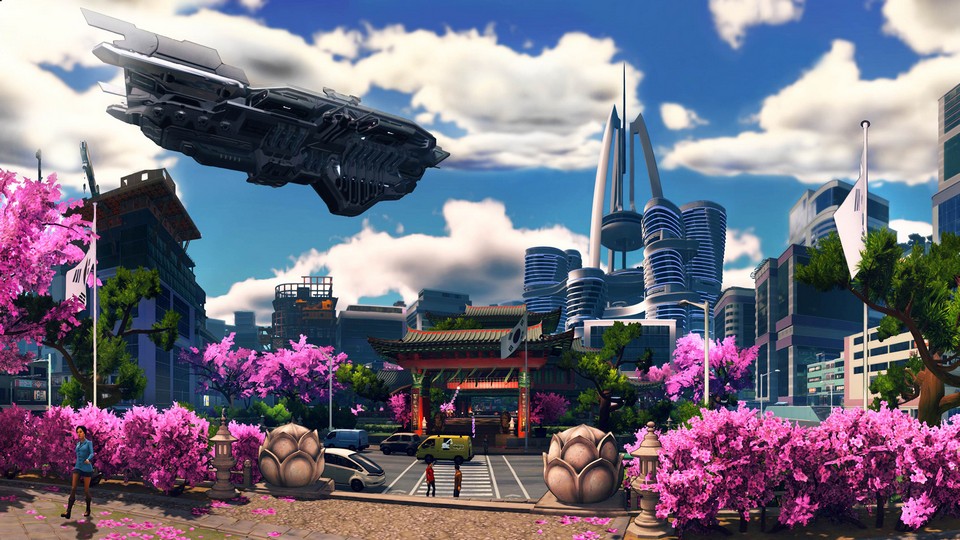 Actually, it appears that it takes place in post-Gat Out of Hell, when he asked God to remake the Earth and give everyone a second chance. The biggest nod to this is the inclusion of the leader of Agents of Mayhem, Persephone Brimstone, who makes an appearance in that ending. I’m sure you didn’t come here to read speculation on how Saints Row ties into Agents of Mayhem, you want to know much more about the game. After playing it for nearly an hour, I’d be more than happy to fill you in.

The mission we got to play in the demo had me choosing 3 different agents to hunt down and rescue an AI popstar (see Hatsune Miku) in Seoul, when things go south quickly. Basically, my incredibly rough around the edges team storms a a super villain lab, and then crashes a wedding party. It’s ridiculous and silly. It’s exactly what Saints Row has been for several generations. 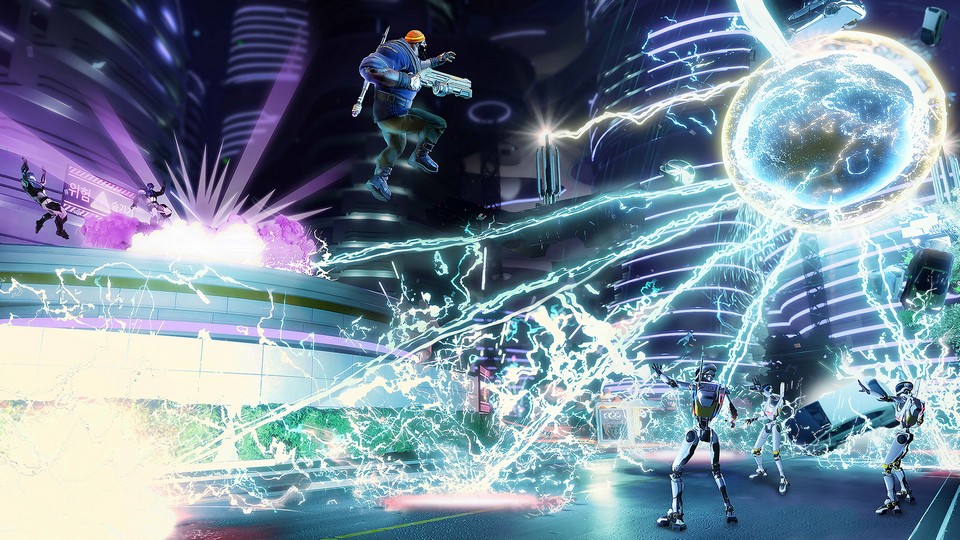 Each character has their own moves that can be customized, their own dialogue and their own style of combat. There were 4 agents at my disposal for the demo I played, each had their own strengths and weaknesses. Fortune was a light damage dealer that could boost it with a drone that assists her. Someone told me she was Brazilian, for what it is worth. Hollywood has an assault rifle that deals good damage and a special that lobs grenades. He’s like a cross between The Boss in Saints Row 3 and WWE’s  The Miz, it’s kind of awesome. There’s Hardtack, who is a big guy with a huge health pool, a shotgun and a giant harpoon. He’s also got the mouth of a sailor, likely because he is one. Finally, there is Rama. Rama is a long range specialist that lays down heavy damage from afar. For my first playthrough, I took Rama, Hollywood and Hardtack.

Combat in the demo was very easy to get the swing of. Your characters have a special ability and an ultimate ability, but never feel so cumbersome that you forget to use either. There were a lot of soft targets between me and my goals, which just helped with the comedy of the game. For a majority of the first half of the demo, I was just tearing through the enemy ranks, Hollywood had a few quips for it as well. The dialogue in the game was already fantastic. After launching an attack on an enemy lab, I climb aboard a flying ship for a boss fight and the end to the demo. I ended up with enough time to replay the demo one more time with Fortune on my team, and was amazed at the lines of individual dialogue throughout. 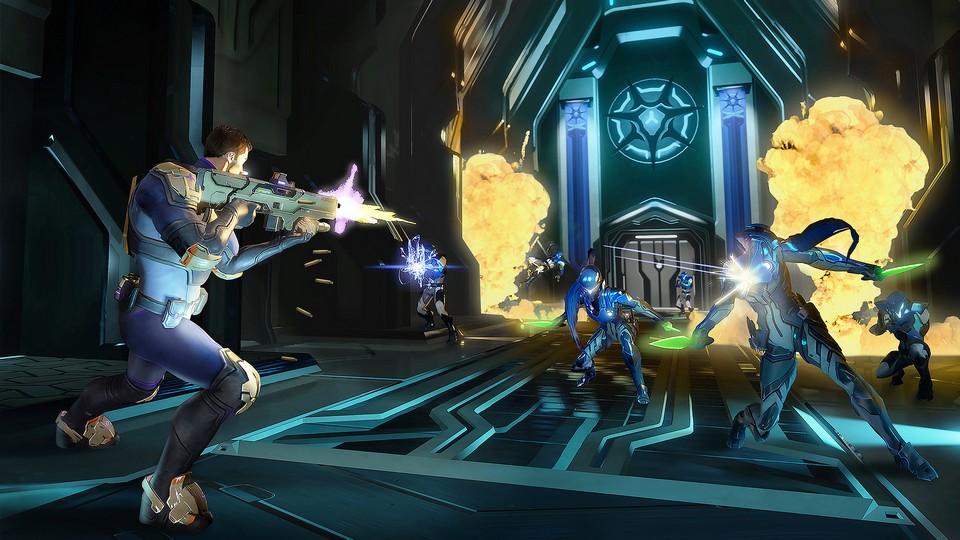 The team at the demo told us we would see some things, or some people, that are familiar to the Saints Row universe. I’m hoping that of the 12 characters that will ultimately be at your disposal for Agents of Mayhem, Johnny Gat ends up being one of them.

All in all, the demo was great. Agents of Mayhem really captures the spirit of Saints Row while also acting as an enjoyable third-person shooter. I don’t want to confuse you here, this is not a Saints Row game. It looks similar but feels and handles so much differently. I hope this is a sign that we’ll see some more of the world in the future, because if Agents of Mayhem is a look at what Volition can do, I’m certainly looking forward to what they have in the works.