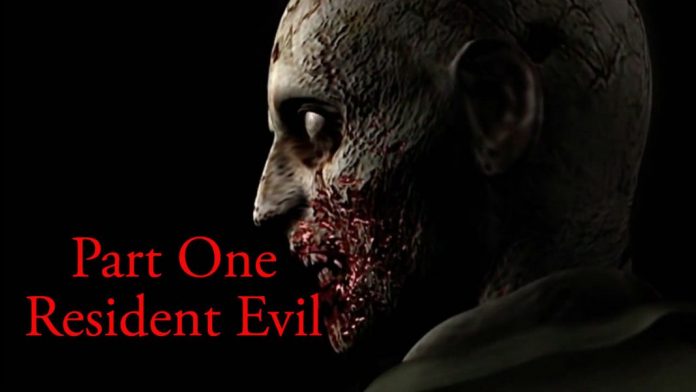 In 1996, Capcom released the first game in a franchise that would become synonymous with the horror genre. In fact, it would coin the phrase “Survival Horror”, a genre which would grow into one of the defining archetypes of gaming to this day.
However, Resident Evil (or Biohazard, as it was known in its original country, Japan) would borrow from previous video game releases during its development. In fact, it was originally conceived as a remake of producer Tokuro Fujiwara’s earlier game Sweet Home, which he directed. Published in 1989 for the Family Computer (The NES to you and me), the player was tasked with surviving the unknown horrors of a mansion infested with monsters. There were five playable characters, each with unique skills such as having a lighter or lockpick, and could either venture out alone or with one or two extra characters. I won’t delve into too much detail here, but if given the chance, Sweet Home is a game you should try out for yourself.

Also commonly cited as a forefather to the genre Resident Evil would establish was 1992’s Alone In The Dark, published by Infogrames. Billed as a “virtual adventure game inspired by the works of H.P. Lovecraft” (let’s face it, what horror game worth its salt isn’t), the player took control of Edward Carnby or Emily Cartwood, although the prior character would be the one remembered through that franchise. Again trapped in a mansion, the goal is to reach the attic alive whilst avoiding supernatural beasties through puzzles rather than combat. The perspective the player had on proceedings was from a fixed view, which would later be used and improved upon in the forthcoming horror game Capcom had in the works.

Every great piece of work has inspiration from previous endeavours. What makes something stand out is improvement and innovation. Resident Evil would prove to do just that…
The following series will venture into the making of a 20 year legacy, as well as my own personal feelings for each release. This is the story of Resident Evil, told over multiple weeks, leading up to the next release in the franchise – Resident Evil 7 – which promises another radical tonal shift, much like various prior entries – such as RE4. 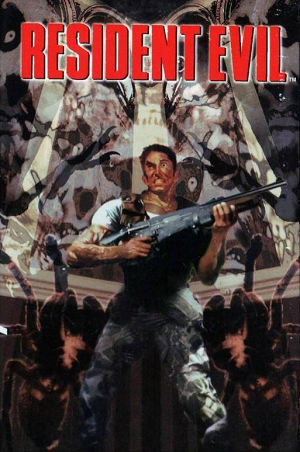 Released for the Playstation (or PS1/PSX for the youngsters), as well as the Sega Saturn, Resident Evil (called Biohazard in Japan) was unlike anything I had seen before. Yes, I did just mention Sweet Home and Alone in the Dark, but the first one was only released in Japan, and back in the early 90’s the only horror game on PC worth talking about was Doom. Not only that, but the Playstation was in its early days, having only been released the previous year. Finally the average Joe could experience 3D graphics like never before.
With the new technology came new ways of delivering gaming experiences to players. The 8 and 16 bit era was limited to side-on or top-down views for any story driven game. With the power of Playstation (or Saturn I guess), developers could now deliver more realistic graphics, leading to a more cinematic tone if so desired. Resident Evil would use this to its advantage, and by using fixed camera perspectives would invoke the feeling that you were not just watching a horror movie, but were inside one.

The fixed camera style was not planned from the beginning, however. At the start of development, a prototype was produced in which the game utilised a first-person camera. The basic story of the game was also much closer to Sweet Home, using a more supernatural tone. This idea was scrapped for being “technically not good enough” according to director Shinji Mikami. Inspired by Alone in the Dark, the game shifted design to the third person system used in the final product. Initially reluctant to the idea – he felt the player would be too detached from the characters – Mikami went on to change his mind, as the fixed perspective allowed the use of pre-rendered backgrounds of a much higher quality than fully 3D scenery. The supernatural monsters would be replaced by zombies in a nod to the movies of George Romero.

Two playable characters are available from the start of the game, each with unique items, weapons, sidekick and plot points. Chris Redfield, a member of the Special Tactics and Rescue Squad (S.T.A.R.S.)’S Alpha Team, would start the game armed only with a combat knife and a lighter, and with two less item slots in the inventory. However, this would be balanced by having a higher health rate and causing slightly more damage to enemies. Alongside him was Rebecca Chambers, a survivor of Bravo Team sent to the mansion prior to Alpha Team. As a medic, she had the ability to heal the player at certain points in the game. She was also the youngest person on the team, but would come through and help Chris during various moments. The other playable character was Jill Valentine. Also working within Alpha Team, she started with a larger inventory, a handgun, and the ability to play piano (yes, it’s important). She would also gain the special item of a lockpick, used to unlock various small locks without the need to find keys. Accompanying her was Barry Burton, a large guy with a large gun. He would appear regularly to help Jill out of sticky situations and bring useful items, and would also have an important role in the story later in the game.

During development, a co-op feature was present. Alongside main characters Chris Redfield and Jill Valentine was Dewey, an african-american man who would serve as comic relief, and Gelzer, a cyborg who would fill the strongman archetype. These two would eventually be replaced by Rebecca Chambers and Barry Burton. The two player co-op mode was also scrapped due to technical limitations. Rounding up the main characters was Albert Wesker, head of the S.T.A.R.S. Alpha Team with a shady agenda revealed through the game. Wesker would go on to become the main antagonist in future instalments.

These characters are introduced in the introduction cutscene. Filmed using real actors in place of the typical animated style of the time, it would help cement Resident Evil as a cult classic harkening back to horror b-movies such as Night of the Living Dead and Zombie Flesh Eaters. Laughably acted with terrible dialogue, it showcased the style of experience players were about to witness. Originally edited in the USA and Europe releases for strong violence and smoking, I urge you to go watch it online in its uncut form, as it truly is a memorable introduction to a franchise.

Players would have to fight a variety of monsters within an abandoned mansion in the Arklay mountain range. Ranging from zombies and dogs to giant spiders and a colossal snake, players would have to decide quickly if they wanted to fight or run. The limited ammo and health items available, along with a small inventory, meant that each mistake in combat could cost you dearly later down the line. Not only would the various enemies be a cause for concern, but the environment itself could lead to an early demise. The player would come across various puzzles during their search, needing to solve them before being able to venture further into the story. These puzzles would become a well-known staple of the earlier entries of the franchise. Ranging from swapping items in holes in the wall via playing a musical piece on the piano (told you it was important), to mixing super powerful weed-killer using math, these sections would help to slow the pace and allow the player to have a break from running and shooting, but would test their mental prowess.

As the story progressed, you learn that the creatures are an effect of a virus created by the pharmaceutical company Umbrella. Developing a new bio-weapon in secret, the T-Virus would leak out and transform the scientists and workers in the underground lab and mansion above it into zombies, and creatures the company had developed with the virus broke out. The only way of escaping would be to make it to the laboratory’s helipad and signal for help from there.
There were multiple endings to unlock, with each character having three unique cinematics depending on how many teammates you came home with. These endings were filmed with the same live-action actors from the introduction, but the fate of the characters would be contradicted in future instalments. canonically, every member of the team escapes, despite no ending in the game portraying this. This would also be the only main game in the series to incorporate multiple endings.

Resident Evil was released on the Sony Playstation in March 1996. Due to its high levels of violence, it received an M for Mature rating in the USA and a 15 certificate by the BBFC here in the UK. It was one of the earliest games I remember seeing with an age rating classification from the group that normally only classifies tv and movie releases, which added, in my eyes, to the idea that this wasn’t just any video game, but an interactive horror movie. Despite the awkward dialogue and incredibly bad voice acting, I loved the game from the moment I booted it up, and class it as one of my all time favourites. If you can get past the slightly cumbersome tank control system, it’s still a great game to play, especially with a group of friends. In my opinion, it’s an incredible achievement to have a game that can be played again and again over 20 years later that still elicits the same enjoyment from the first play through.

Resident Evil would also be released on the Sega Saturn with an unlockable “Battle Game” mini game, exclusive enemies (more accurately, different coloured enemies) and new unlockable costumes. A Windows port was also released, featuring sharper graphics, a fully uncut, colour version of the introduction cutscene, and exclusive weapons for Chris and Jill. A Directors Cut was later released on Playstation in 1998, featuring an “Arranged” version of the game. This would change locations of various items, offering advanced players new challenge, as well as various gameplay changes (notably the inclusion of a deceased Bravo Team member suddenly becoming a zombie). Most famously, the Directors Cut also shipped with a demo disc of the forthcoming Resident Evil 2. A Nintendo DS port, titled Deadly Silence, was released to celebrate the tenth anniversary of the franchise. I’ll cover this version in a later article in this ongoing series, alongside other handheld releases in the franchise.

After twenty years, the Resident Evil franchise has gone on to become one of the biggest in gaming history, with multiple sequels and spin-offs, and also led to the most successful movie franchise to be based on a video game (yes, that will be getting its own chapter in this retrospective, try to contain yourselves). Over the coming weeks, I will explore the many releases in celebration of this incredibly popular series, with the next part devoted to one of my favourite video games of all time, Resident Evil 2.