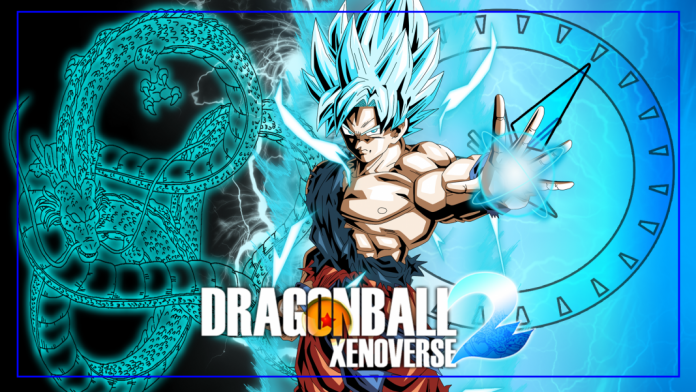 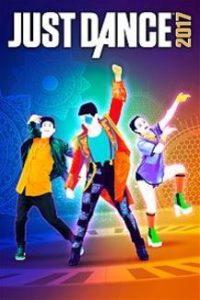 Just Dance 2017 is more fun & easier to play than ever! No camera needed to play. Simply download the free Just Dance Controller App to your smartphone to dance with up to 5 friends! Just Dance 2017 is coming with over 40 tracks at launch, and more than 200 songs available via Just Dance Unlimited! 3-month trial included with your game. Enjoy 6 game modes including the new frantic “Just Dance Machine”, customize your workouts with “Sweat + Playlists”, or try and beat the game with “Dance Quest”!

Click here to purchase Just Dance 2017 Gold Edition for Xbox One from the Xbox Games Store (includes the all the tracks and game modes in Just Dance 2017, plus access to over 200 songs through a 3 month subscription to Just Dance Unlimited.) 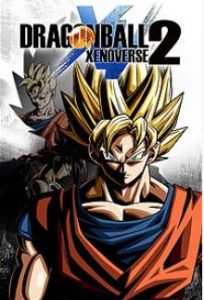 DRAGON BALL XENOVERSE 2 gives players the ultimate DRAGON BALL gaming experience! Develop your own warrior, create the perfect avatar, train to learn new skills & help fight new enemies to restore the original story of the DRAGON BALL series. Join 300 players from around the world in the new hub city of Conton & fight with or against them.

Click here to purchase DRAGON BALL XENOVERSE 2 DELUXE EDITION for Xbox One from the Xbox Games Store (this bundle includes the game and season pass). 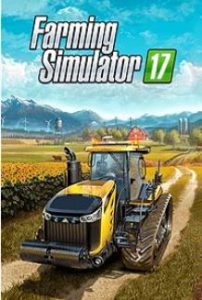 Take on the role of a modern farmer in Farming Simulator 17! Immerse yourself in a huge open world loaded with a harvest of new content. Explore farming possibilities over hundreds of acres of land, including a detailed new North American environment. Drive over 250 authentic farming vehicles and equipment from over 75 manufacturers, including new brands such as Challenger, Fendt, Valtra or Massey Ferguson. Harvest many types of crops, including for the first time sunflowers and soy beans. Take care of your livestock – cows, sheep, chicken and now pigs – take part in forestry, and sell your products to expand your farm! Transport your goods with trucks and trailers, or load and drive trains to reach your destination.

Sherlock Holmes: The Devil’s Daughter is a fantastic adventure with unique gameplay that blends investigation, action and exploration for an extraordinary experience that will test the limits of your nerves and intelligence. Track down evil in the darkest corners of London and the human soul while playing as the great detective, as you untangle a web of intrigue leading to the final stunning revelation. Each of your deductions and actions affects the rest of the story, for better or for worse.

Click here to purchase Sherlock Holmes: The Devil’s Daughter for Xbox One from the Xbox Games Store 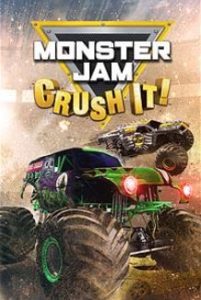 Monster Jam Crush It! brings you an all new action packed Monster Truck game of the most popular touring show in the world! Take control and experience Monster Jam like you’ve never seen. Crush It! takes fans back into authentic real-life stadiums for racing and freestyle events including the site of Monster Jam World Finals – Sam Boyd Stadium. Choose your favorite official Monster Jam trucks such as Grave Digger, Max-D, Monster Mutt and many more. Take your favorite Monster Truck out of the stadium and into all new environment challenges.

Click here to purchase Monster Jam: Crush It! for Xbox One from the Xbox Games Store 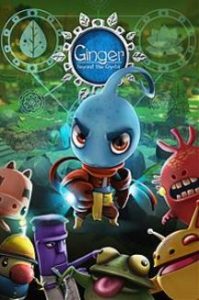 A world destroyed by a crystal explosion, a mysterious threat hanging over its inhabitants, and a goddess who creates a hero. This is Ginger: Beyond The Crystal. The towns are devastated and their inhabitants disappeared, but there is still hope. Ginger must reestablish the connection with the goddess by purifying corrupted crystals that have spread throughout the worlds. It won’t be easy; the worlds are full of enemies and traps across 15 different levels. Luckily, you will not be alone. Some characters will give you special abilities that will help you solve puzzles and defeat your enemies. There are three different worlds to discover, each one with its own enemies and incredibly fun bonus levels to test your skills.

Click here to purchase Ginger: Beyond The Crystal for Xbox One from the Xbox Games Store

The Team 17 Variety Pack includes the following titles in this bundle:

Beyond Eyes – A modern fairy tale about finding courage and friendship as you carefully guide a young blind girl on a life changing journey, uncovering an incredible world, step by step.

Overruled! – A multiplayer brawler like no other where the players change the rules as they play and with loads of rules to change, youll never know how the battle will go! Challenge up to three friends with both local and online multiplayer!

Schrodinger’s Cat and the Raiders of the Lost Quark – A fun, frantic, wacky and colourful puzzle-laden platform game, set in a unique and quirky quantum physics world!

Penarium – In this frantic 2D arcade game set in a sinister circus arena, you take on the role of our quirky antihero; Willy who, to survive, is forced to run, jump and avoid an array of killer death-traps. 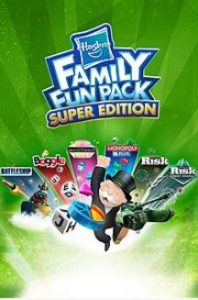 Enjoy your favorite Hasbro games in this brand new all-in-one compilation! MONOPOLY Plus, TRIVIAL PURSUIT Live!, RISK, RISK Urban Assault, Battleship and BOGGLE, you can now get it all in the Hasbro Family Fun Pack – Super Edition. 6 great Hasbro games in 1 for countless hours of family fun! The games you know and love are more fun and interactive than ever on console. You’ll have plenty of surprises to discover, including social features like leader boards and rewards to party with people all around the world in online modes. 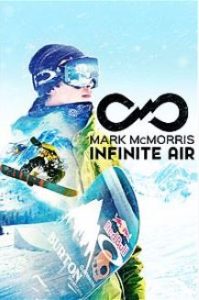 Mark McMorris Infinite Air is a fresh welcome into snowboarding for newcomers and a challenging step into untracked territory for seasoned boarders. Get ready to shred custom-built runs and show off gnarly tricks across vast, personalized terrain parks. Awe-inspiring environments, fluid snowboarding maneuvers and authentic competitions craft an exhilarating and realistic experience on the snow. Infinite Air is equipped with an enhanced editor that allows players to create custom parks for complete immersion into the sport of snowboarding. 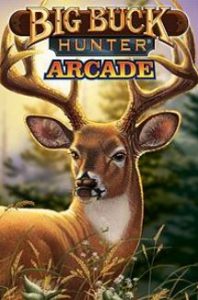 The #1 Hunting Arcade Game in the world is now available for your console. Big Buck Hunter will bring the arcade experience to your living room with this fast paced, addictive arcade shooter! The all new control and aim mechanics will make this a must pick up and play arcade shooter experience. Travel around the globe and take down wild game in Whitetail and Moose adventures or try your aiming and speed skills in epic bonus challenges. Play alone or with a friend to compete for the highest score, or try to beat the numerous bonus challenges. 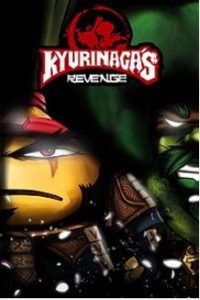 Kyurinaga’s Revenge is a 2D-based game with lots of platforming, action and puzzles. Battle alongside our two heroes: The samurai Kaoru Tamanegi and the street fighter Broccoli Joe all across the Feudal Japan in their new adventure! Kaoru’s explosive traps. You can switch between characters at any point but bear in mind that, even if you are a lone wolf, you’ll still need to combine both heroes in order to overcome all the enemies and puzzles that Kyurinaga is going to throw at you. Or you can also partner up with a friend and bring the Shogunate down in our co-op mode. 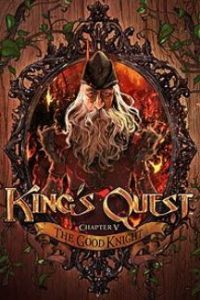 King’s Quest – Chapter 5: The Good Knight is the fifth of five chapters in the new, critically acclaimed reimagining of the classic King’s Quest game series. In his latest adventure, King Graham tells of his final battle with the Goblin Sorcerer Manannan and his final adventure.

King’s Quest – Chapter 1: A Knight to Remember is required to play this content & is sold separately.

If you already own King’s Quest: The Complete Collection or Season Pass, DO NOT repurchase this content here or you will be charged again. 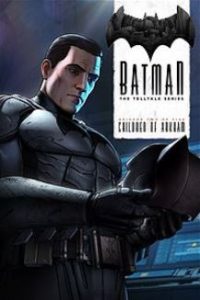 Enter the fractured psyche of Bruce Wayne and discover the powerful and far-reaching consequences of your choices as the Dark Knight. In this gritty and violent new story from the award-winning creators of The Walking Dead – A Telltale Games Series, you’ll make discoveries that will shatter Bruce Wayne’s world, and the already fragile stability of a corrupt Gotham City. Your actions and your choices will determine the fate of the Batman.

Click here to purchase Batman: The Telltale Series – The Complete Season (Episodes 1-5) for Xbox One from the Xbox Games Store

Click here to purchase Batman – The Telltale Series – Episode 3: New World Order for Xbox One from the Xbox Games Store

Saturday Morning RPG is an episodic JRPG set in world heavily inspired by 1980s Saturday morning cartoons and pop culture. Players take the role of Martin ‘Marty’ Michael Hall, an average high-school student who has just been granted an incredible power – a power that ultimately leads him to attract the ire of the world’s most notorious villain, Commander Hood! Saturday Morning RPG features a full soundtrack by legendary composer Vince DiCola (Transformers: The Animated Movie, Rocky IV) and his composing partner, Kenny Meriedeth (contributor for DuckTales, Power Rangers, X-Men, and others). 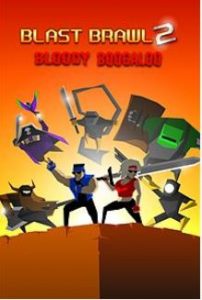 A fast-paced fighting game where any hit means DEATH! Battle your friends as a vastly diverse selection of characters, experiencing intense combat where every blow earns a kill, and skill reigns supreme. Brawl amidst a huge selection of maps, each set in a post-apocalyptic future and featuring unique elements that can change the face of a battle. And what’s victory without a little dance? 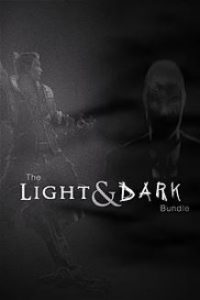 Blue Isle Studios is proud to present The Light and Dark Bundle – A collection of Blue Isle’s indie hits: Valley and Slender: The Arrival. Our Light and Dark Bundle brings you one of the scariest titles on the Xbox One and some eye bleach to help you sleep at night. Fight for survival and embark on a terrifying journey in Slender: The Arrival, then run jump and hookshot through the beautiful rocky mountains of Valley.