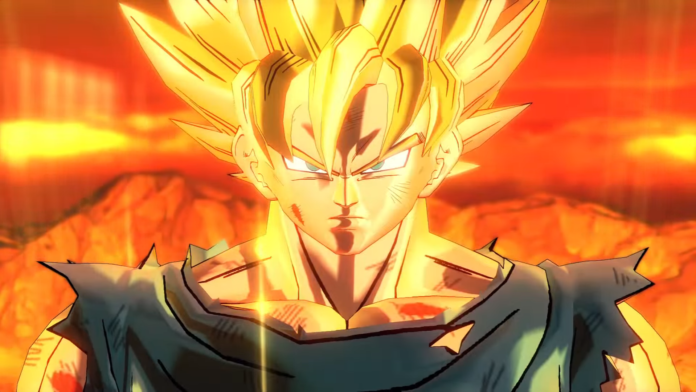 Dragon Ball Z was a series that was followed and loved by a lot of people. With its hundreds of TV episodes, 15 movies and many video games incarnations, many have seen, somewhere, one of its iconic characters.  I’m in that situation: I’ve seen a lot, tried some of the early games, but have never watched an episode.  So when I had the charge to dive into this world and fight my way through, I was a bit intimidated, but I love challenges, so I told myself to take a deep breath and go forward.  Did I have fun ? In one word yes, but I have to say, that for people in my category (i.e. uninitiated to the TV show), it was not as much fun as it could have been.

The premise of this fighting game is an interesting one: you are a ‘Time Patroller’, a member of a team that is responsible for watching ‘time’ and its multiple timelines, making sure everything is protected from the forces of evil that can come from other dimensions or galaxies.  You play as a custom-made character; you are not a well-known figure, you create your own persona and fight alongside the iconic characters. Recently, it seems something is disturbing the timelines by altering them and it is your job to try to prevent this.

The principle of the story is a great vessel to display many of the key events that happened during either of the TV episodes or movies, but is lacking any kind of real introduction or presentation for those that don’t know the actual real scene.  You are revisiting a lot of those battles, fighting in them and trying to make sure that the events that really occur stay like that, that the past does not get altered, preventing a terrible butterfly effect.  You will fight with or against a huge variety of characters like Goku, Trunks, Krillin, Vegeta, Cell, etc.  Each characters are really well designed to respect the visual style of the game, which is a 3D cel-shading style, a bit like what we’ve seen in previous Dragon Ball Z games, like the Tenkaichi series.  Each has its own power-ups and special moves, very well animated and, to the best of my knowledge, respectful of what is shown in the original material.

The gameplay is based around a world map which serves as a hub of connectivity between the missions and located in the world perfectly.  When you start, your character has no special moves whatsoever.  To get some, you need to go talk to people located in the world and learn them.  To do so, you have to fight them, sometimes respecting some special rules, and after a victory, you learn an ability.  It really allows to create a very personalized character, who can use many iconic moves seen in the show.  You can really set up your character to fit your style of fighting.

I’ve never been a huge fighting game person, so learning tons of special commands to do a move was never something I liked.  I loved the fact that in this game, you assign a move to a command, which is only a combination of 1 or 2 triggers and a button, and it performs the ability, and it does it easily. Newbies like me are then able to perform very cool-looking efficient attacks without having to button-mash your way all the time. If you really want to dig in though and learn combos and advanced techniques, there is training available on the world map to teach you how to fight like a pro.

There are a LOT of types of mission that can be played.  Of course, in the world map, you can see where the story mission occurs, but in almost every corner, other types of side-missions are available, from collect-a-thons, to special, harder fights.  The time disturbances have also created some time rifts that can be explored and do missions helping other characters of the Dragon Ball Z universe.  There are even many multiplayer online modes allowing you to form teams to go on special missions, cooperatively or in competition, VS battles, etc. I’m sure that for people who know the manga or the anime, there is a lot of Easter eggs that can be seen there; from the exterior, it just creates a very complete varied universe, which is a lot of fun.

Completing missions gives you money, which can be used in the world map’s store to get items that can help you during combat and experience points. With this RPG element, at each level, you are given attribute points that can be distributed to characteristics like defense, health, ki (your special energy allowing you to perform special moves), etc. Everything is well dosed and the more you play, the more you really feel powerful, which is an extremely satisfying thing when you are fighting aliens and god-like characters. 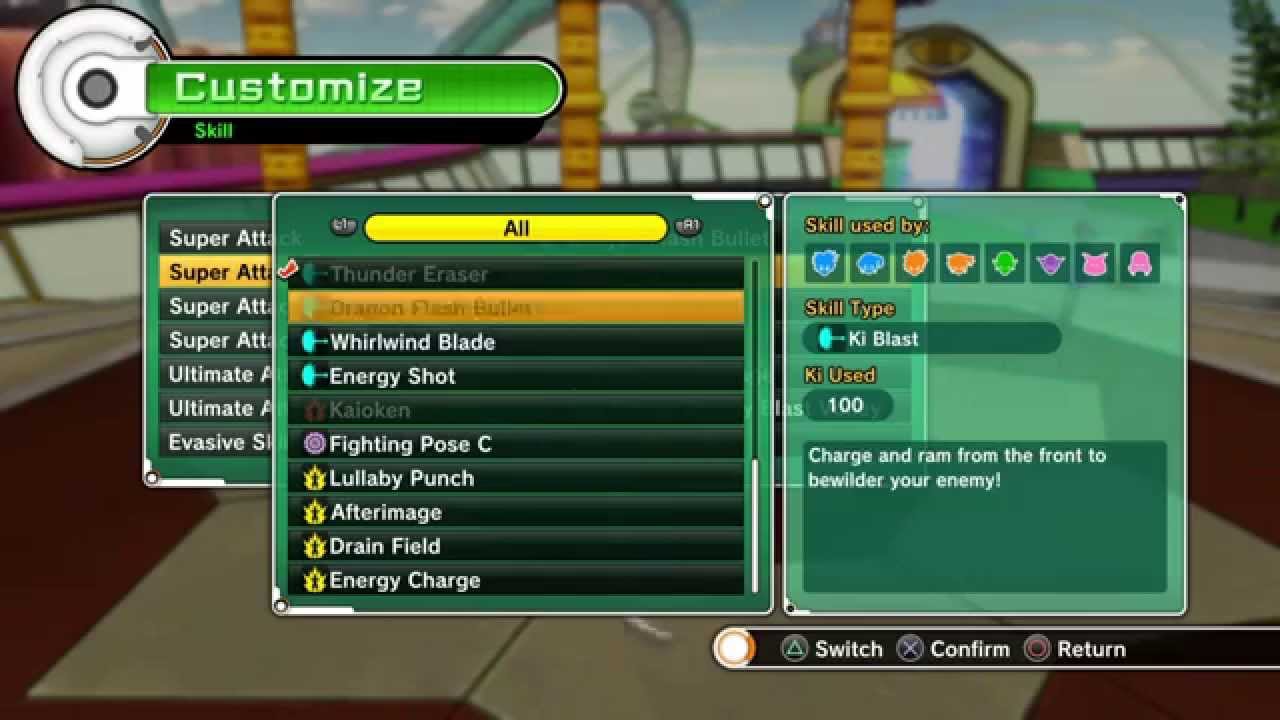 I had a couple of issues with the game though.  First, in this world, when you’re fighting in a 3D environment, the camera sometimes can be your enemy, especially during confined spaces. It was particularly true for some battles where I had to fight inside a spaceship; every time I was getting too close to a wall, the camera got stuck until I started moving again. In open areas, I had no problems whatsoever; the camera was fluid and able to follow the frantic action. The other issue I had, was with loading. There are a LOT of loading screens, and when it loads, it can take a 10-15 sec. Usually, it wouldn’t be that bad, but in this game, when you’re training with a character and need to do a 10 second load, to sometimes do a 30 second fight sequence, to go to another 10 second load to return to the world map, it can become a hassle. This fact added to the grinding process that can become very repetitive, it made me do some side quests, but not that many, though I was discouraged to do so.

The visual presentation of the game was awesome from beginning to end.  The character models were really well made and animated. The only small, bad thing is that I’ve experienced many scenes where character animation was not synced with the voices, making it look like a poorly localized voice-over. Nothing was really long or cringe-worthy though. The music during the battles were awesome and really fit the atmosphere of the battle. The world map music though, after a while, got on my nerves and I played some parts of the game with very low or no sound when I knew I had to be on the hub for a long period of time. So to summarize, mostly good, but with some annoyances.

There is a LOT of content to be explored there. I did only a fraction of the side-quests and the main story and I estimate it took me about 25 hours. After doing some research online, I’ve read that if someone wants to do everything the game has to offer (and go for the platinum trophy/100% achievements), it can take you 100+ hours. A lot of those are linked to all of the training sessions (the characters you can train with and fight against) to try obtaining all the special moves. So is the game worth playing? Yes. It allowed me to get a glimpse of a world I knew very little about and intrigued me to a point where I’m considering now watching the show.  If you are like me and just want to dive in, go ahead, but I have a strong belief that you will have a better experience if you know the manga/anime before. You can still have many hours of fun, and like me, fight a bit harder to understand everything the game throws at you. If you’re a fan, please yourself and experience this very well-made fighting game.