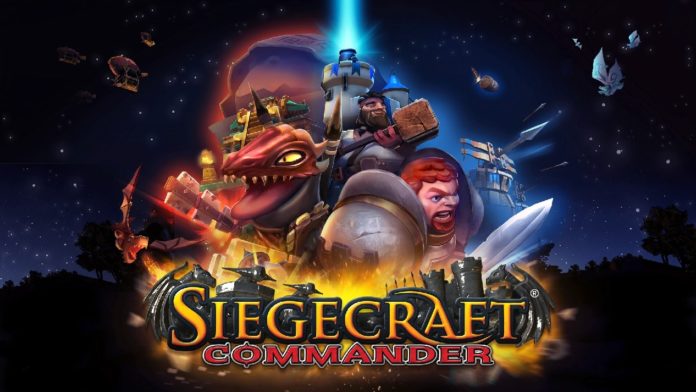 Developed and published by Blowfish Studios, Siegecraft Commander is an RTS game that is all about towers. Whether you are playing the campaign or multiplayer, you’ll choose one of two factions: The Knights of Freemoi or the Lizardmen. Both have very similar playstyles, with a few statistical differences in terms of units or towers available.

As the game was built with the Unity engine, the visuals are fairly simple but work well remarkably well, with a clean 1080p presentation on the Xbox One. The art style is colorful and cartoon-like, with an emphasis on lighter shades of green with deep blues. The Knights of Freemoi have a stereotypical medieval fantasy design, while the buildings and garb of the Lizardmen invoke an Aztec-like culture.The explosions and deaths are greatly exaggerated, fitting the whimsical nature of the game perfectly. I never encountered any framerate hitches or pacing problems, even when piles of dead soldiers began building up on the battlefield. 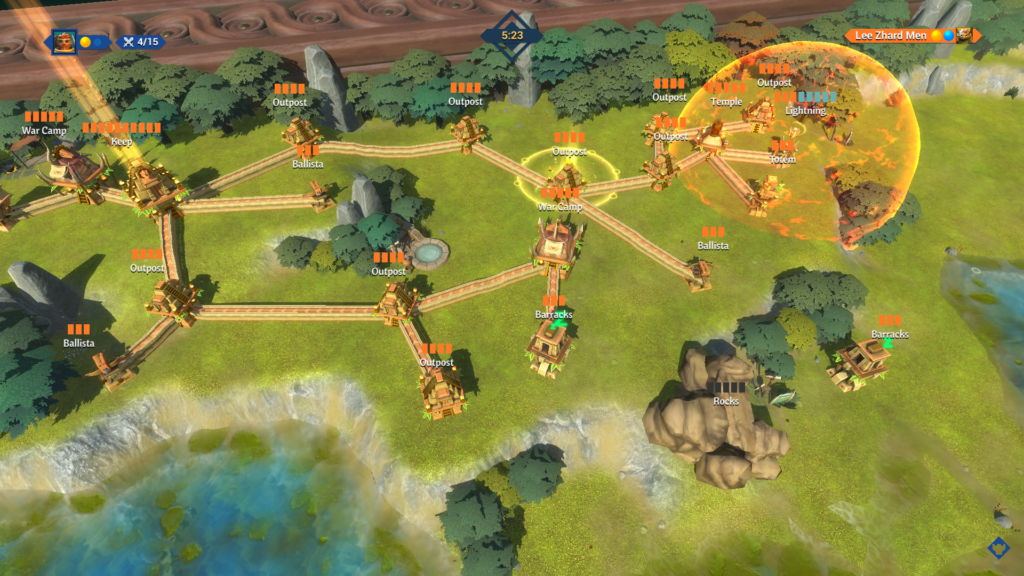 The sound design is clean, however ultimately the soundtrack is disappointing. The repetitive themes have little to differentiate themselves from those belonging to other games, reminding me more of the battle music for a mobile game than anything else. They aren’t particularly bad tracks, they just don’t stand out well.

There is a campaign available for both factions. In the Knights of Freemoi campaign, you are in control of an expedition that runs aground, as you are forced to make your way through Lizardmen-infested lands. There is a fair bit of banter and bickering, as the various scenarios are usually quite lighthearted. In the Lizardmen campaign, you must protect your tribe and find out just what has caused your former allies to turn on you. The storyline here is a fair bit more serious than the campaign for the knights. Ultimately however, the writing for both is nothing extraordinary.

Gameplay is focused around expanding from your central keep. You select a tower from a radial menu, then adjust how far you want it thrown and in which direction. The tower is then hurled to the location and built instantaneously, no resources required. A wall connects any and all towers you build, so you have to keep the available space in mind when expanding. If you launch the tower into another tower, it will blow up, allowing you to use building expansions as improvised weapons. This system of guiding where something is launched is also used for the manual projectiles like TNT launched from towers. Because of the walls, you can quickly cut yourself off just as easily as blocking the enemy, so extra forethought is required. 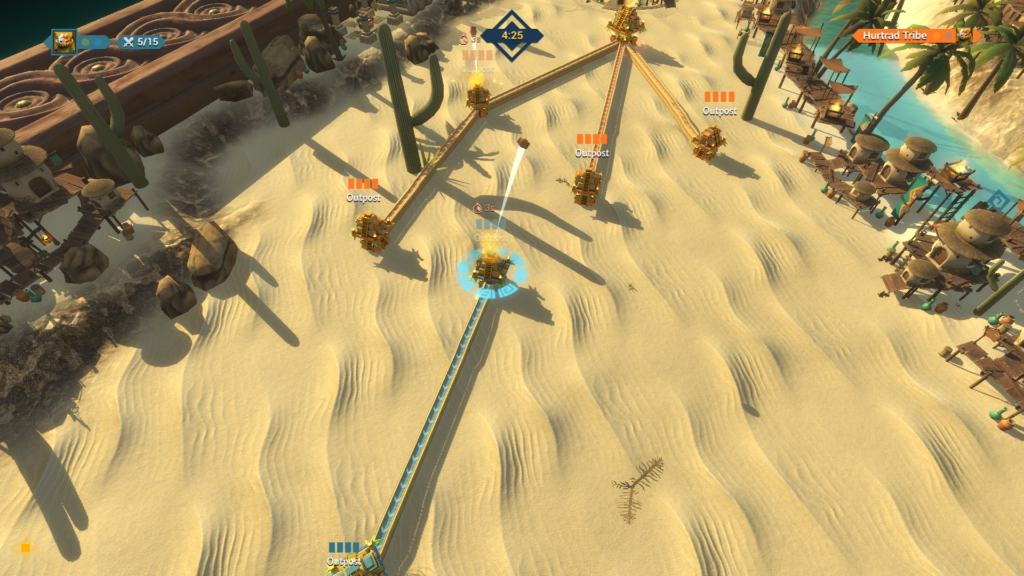 Basic soldiers are handled almost entirely autonomously, as you build a barracks, then simply wait as knights or lizardmen are spawned automatically and attack the nearest available enemy. This is actually quite beneficial, as it allows you to focus on your tower building, though I do wish there was a way to redirect your troops to attack a specific target. Other troops, like Airships or Wyverns, have special abilities that have to be used manually but are quite devastating.

In addition to the various units at your disposal, there are also a variety of towers. Much like the soldiers, the exact lineup will vary based off of your chosen faction but there is quite a bit of overlap. Some act as defense, shooting anything that gets within a certain radius. Others spawn soldiers, cast offensive or defensive spells, drive cows mad and much more. A couple of these towers might require capturing a special resource on the map, placing even more weight on just how you place your towers.

All of this adds up to gameplay that is deceptively simple. You will quickly think you understand it, until the AI throws a more difficult scenario at you, forcing you to adapt and think innovatively with when and where you launch your towers.  Oftentimes, the battles I experienced became a frantic game of tug-of-war, with me and my enemy both wiping each others buildings out and throwing up new towers over the same spec of land for large amounts of time.

As well as the campaigns, there is also a decent multiplayer, with a handful of maps and both factions available. Players can customize a commander with different skills to give them bonuses in battle, or choose a standard, pre-existing commander. Multiplayer is available online, with the very nice addition of optional cross-play between the Xbox One and PC versions, as well as a local mode that supports up to four players. 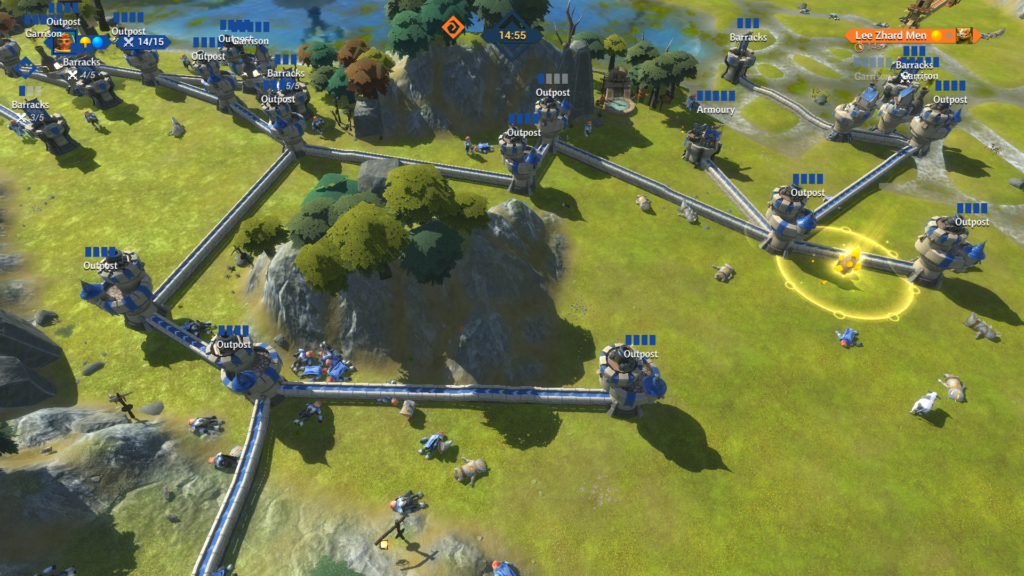 So all things considered, for $20, Siegecraft Commander is definitely a decent game. The campaign story is nothing special, the graphics just decent and the soundtrack is entirely forgettable. Yet in spite of these things, if you like strategy games, the unusual style present here is definitely worth exploring, as you’ll be forced fight with you buildings far more than with your soldiers. Just don’t fret when your towers start falling.