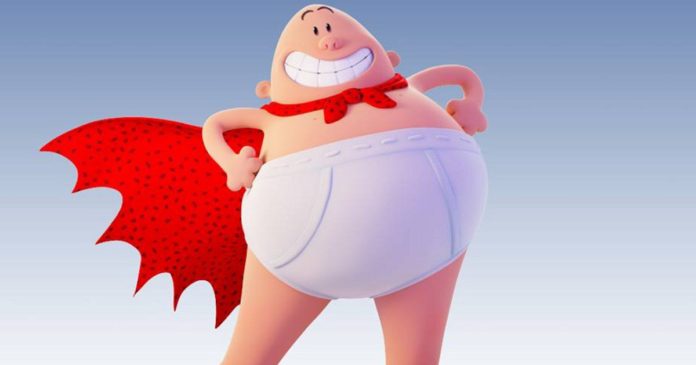 For those of us who grew up reading a particular series focused on a certain Captain that wasn’t from Marvel, Captain Underpants: The First Epic Movie looks like great fun and faithful to the original books. Adopting the same animation style as the 2015 Peanuts adaptation, The film boasts a talented cast and creative humor. There’s plenty of craziness and hilarious characters to utilize from the book series. Judging by the trailer, it seems like director David Soren has honed the film into a worthy adaptation.

With this film being the last project from the Dreamworks/Fox production, all creative parties hope to finish on a high note. If the film maintains the manic energy and zany humor of the trailer, then Captain Underpants will be a big hit for all audiences. Considering the name of the movie being The First Epic Movie, Dreamworks could have a new franchise on their hands.

What do you think about the trailer? Do you have a childhood book series that deserves a film adaptation, and if so, which series? Comment below and let us know what you think! While you’re at it, check out the RGM forums and share some Captain Underpants love!