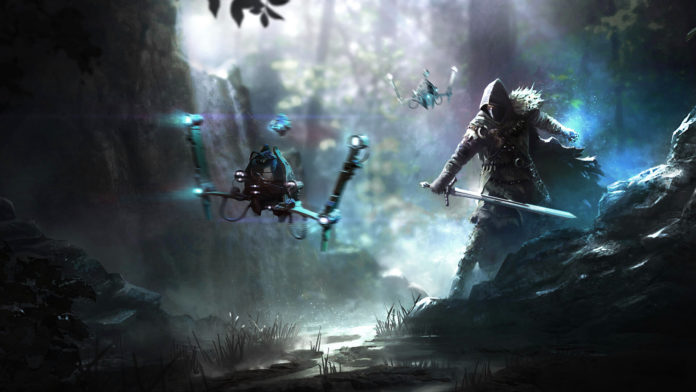 I’ve had my eye on ELEX for a while. Not sure why, exactly, something just grabbed my attention and I have been waiting for more information ever since. If you look at the concept and the artwork, it all looks bloody good! Now, developer Piranha Bytes, have put out a new trailer and release date for the upcoming game over on their YouTube channel.

If you’re not sure what ELEX is about then lucky you, here’s a quick description from Piranha Bytes:

“ELEX is an open-world action RPG, set in a post-apocalyptic science-fantasy universe!”

Succinct right? Piranha Bytes are responsible for both the Risen and Gothic series and ELEX is being published by THQ Nordic.

You can check out the official “CGI Trailer” below:

In the trailer we get to see a glimpse of the different choices you will get to make in the game. This includes the various faction choices and the character progression in the game.

Along with this trailer, the developers announced what will come with the games collector’s edition and it’s fairly substantial, for $120 (£100) it needs to be:

The trailer also details that ELEX will be releasing on PC, PS4 and Xbox One on October 17th 2017, a week after Middle-Earth: Shadows of War! Gonna be an expensive month I reckon!

Are you liking the look of ELEX? Will you be picking this up come October? Let us know in the comments below, on the RGM Forums or on Twitter. Feel free to share this article on Facebook, Twitter, Google+, Pintrest or Reddit!