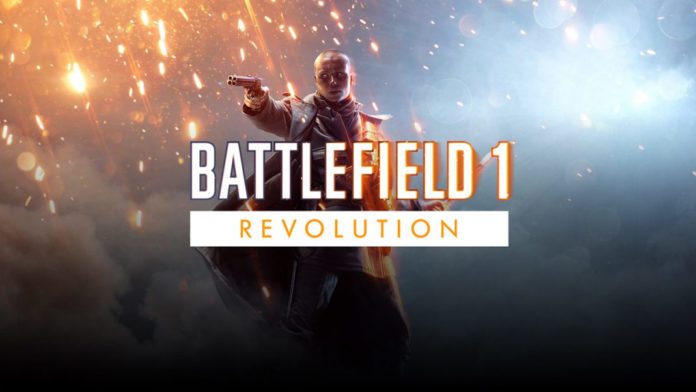 As contentious as it might be, there are a number of big titles still using the “Season Pass” format. Destiny 2, Call of Duty: WWII and Battlefield 1 all sport the ‘additional cost to get more content’ style of post-launch selling. Although the developers often launch a hefty amount of digital content after release (except Destiny, but that’s a rant for another time), gamers are often despondent about forking out an additional $50/£40 for content (rightly or wrongly). 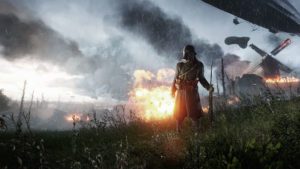 There is a larger debate here with regards to the face of the DLC market in gaming. Not to mention the inherent discussions around ‘capitalism’ and ‘supply and demand’. Recently, titles are adopting a post-launch model where extra maps and modes are made available for free; revenue is often generated via micro-transactions or “shortcuts” in these instances. Though there is debate that this waters down the content we get. If being paid to develop more content, would the content be more substantial than one map periodically? It certainly stands to reason that this might be the case. Would Titanfall 2 have more additional maps if it had a season pass? Or because it was sent out to die between Battlefield 1 and Infinite Warfare would it have not sold; creating the disparity between season pass holders and non-season pass holders?

More often than not we see examples where you might be better waiting a while after the game launches for the inevitable “GOTY Edition”; the game which includes all the DLC and the base game for the cost of the base game on its own a year ago. In that spirit, EA have announced that Battlefield 1: Revolution is now available to purchase. The game has both the game and the premium pass included, granting access to all four expansion packs (one available now, three to come).

I have seen some debate on this online today about how we should just accept this “as business” but this seems like weird timing to me. In my experience, we would normally see this type of release when all of the game’s expansion packs have released, giving people who paid the extra money to get access to the content time to enjoy it for the premium they paid. Fallout 4‘s Game of the Year (GOTY) edition is due next month, nearly two years after its original release. As its stands the only expansion to release so far for Battlefield 1 is the “They Shall Not Pass” DLC with “In the Name of the Tsar” releasing in September.

If you have bought the premium pass for Battlefield 1 at this stage with only one expansion pass since the games release in October 2016 you might be a little perturbed. If all the packs were available now then that’d be different, but at this point I would argue that people have paid for something which has yet to be made available, whilst others get the exact same product for a lot less going forward. Of course, if you haven’t had the pleasure of Battlefield 1 yet, this is an obvious get if you aren’t a member of EA Access.

There is surely a strategical decision behind this. It is often the case that people who own the DLC and those who don’t are unable to matchmake online. This can reduce player numbers, making it harder for people to play particular maps or modes, if exclusive to DLC. This is why games like Gears 4 and Rainbow Six: Siege give away their maps for free. 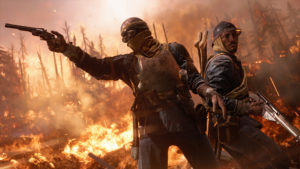 Maybe, there is an accelerated timescale with another Battlefield title releasing in 2018, but either way Battlefield 1: Revolution is now available to buy for Xbox One, PS4 and PC.

Don’t get me wrong, Battlefield 1 is a fantastic shooter and one of my favorites from last year; it’s just that the timing of this feels off. Let us know what you think in the comments below or over on our Twitter page.