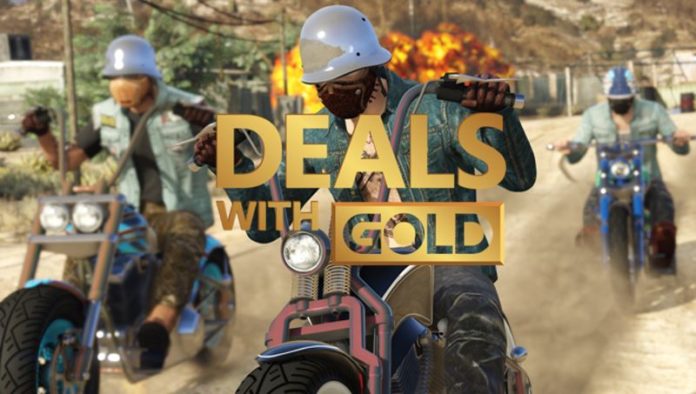 The new week’s Deals with Gold takes GTA V and puts it back on special again however, this time it’s at 50% off.

If you happen to be one of the 6 remaining people in the world that don’t own it yet (slight exaggeration but not by much) then this is the time to pick it up.

There are few other stand out discounts such as Plants vs. Zombies Garden Warfare 2 and the Deluxe Edition, both at 60% off, along with HITMAN The Complete First Season at 60% off, and Red Dead Redemption at 67% off.

Due it’s unwavering popularity, continual free content and support, along with the 50% off, this week’s recommendation has to go to GTA V.

When a young street hustler, a retired bank robber and a terrifying psychopath find themselves entangled with some of the most frightening and deranged elements of the criminal underworld, the U.S. government and the entertainment industry, they must pull off a series of dangerous heists to survive in a ruthless city in which they can trust nobody, least of all each other.

Explore the stunning world of Los Santos and Blaine County in the ultimate Grand Theft Auto V experience, featuring a range of technical upgrades and enhancements for new and returning players. In addition to increased draw distances and higher resolution, players can expect a range of additions and improvements including:

SPECIAL CONTENT FOR RETURNING PLAYERS Players returning from the Xbox 360 version get special access to a host of content on Xbox One including rare versions of classic vehicles to collect from across the Grand Theft Auto series such as the Dukes, the Dodo Seaplane and a faster, more maneuverable Blimp; activities including wildlife photography and new shooting range challenges, new weapons and more.

Here is the full list of this week’s Deals with Gold and Spotlight sales, which will be active until August 15th: