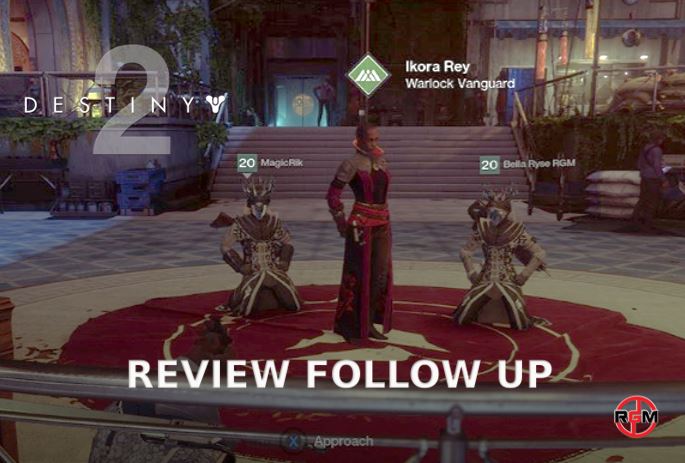 Destiny 2 released on Xbox One and PlayStation 4 on September 6th, with the PC version of the game releasing next week on October 24th.

Between then and now I have played approximately 300 + hours with three Guardians sitting on 305 light (the games cap).

Upon writing my review I played approximately 75+ hours so had not quite ran into some aspects of the game which I feel change my opinion from that offered in my initial review. So I thought I would share those additional problems with you, along with pointing out some of the great additions to the game, to provide you with a clearer picture of the state of Destiny 2 on consoles. 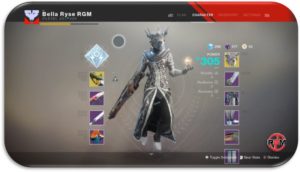 So let’s start with the biggest issue that only seems to be getting worse over time.

Server drops outs and errors. The number of bugs and errors in this game just seem to keep mounding up. It can get so bad that you can’t even break your gear down at the Tower as the game just keeps constantly trying to re-connect. For some reason this always seems to be worse after maintenance is conducted. I often joke and say that with every round of maintenance they break more stuff than they fix, however it’s really starting to feel like that is actually the case.

This is an issue that becomes very evident in PvP. There is little in this world more frustrating than when you are nearly about to win a match in Trials of the 9 and you get error code “bever”ed back to the home screen. I’ve had to simply give up on PvP some nights and just farm public events instead as at least you can easily rejoin those via your fireteam if you get error coded back to orbit.

This is a problem that requires immediate attention.

Now that I have my main issue out of the way let’s move onto something more positive. There is so much to do. It is extremely hard to run out of milestones to complete, especially if you have three Guardians on the run, prior to the weekly reset on Tuesdays. This is really refreshing as I struggled to stay entertained in vanilla Destiny in between expansion packs. 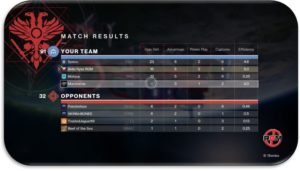 Between the Milestones, Crucible/Iron Banner/Trials of the 9, weekly Nightfall, and the Raid, you have plenty to keep you entertained all week long. Whilst I know for some people teaming up and completing the Nightfall and Raid can be a struggle sometimes, the Guided Games option that was recently added after beta testing is a great way for you to team up with a group of clan members who are willing to assist you and help get you through those two milestones.

I have heard a lot of complaints about there apparently being nothing to do in this game once you hit the light cap but that is absolutely not true unless you have no interest in exploring all aspects of the game. For me the main focus right now is getting two armor and weapon load-outs sorted for each Guardian so I have PvP and a PvE set up on hand. This will be a bit of a grind but one that I will happily do as I assist my friends through their levelling up and weekly runs of the Nightfall and Raid.

Xur – don’t even get me started on Xur. Every week I’m excited for his arrival and every week I’m disappointed. This is only because I have nearly every exotic in the game so I am rather hard for Xur to please. He is a great way for you to get exotic items nice and cheap so you can experiment with their different abilities coupled with your armor load-out. As the game grows so will his inventory so make sure to take regular trips to visit Xur each week to check out his stock. 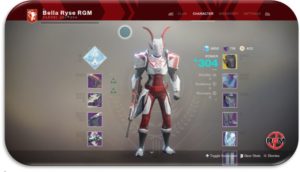 So overall my general opinions of Destiny 2 still stand with a plea added to PLEASE fix the server issues ASAP, and noted support of the effort Bungie have put in to increase the number of activities available early on.

I am having an absolute blast playing this with my friends and partner, gallivanting around the different planets, pulling raid teams together, helping each other max out light. I do fear that with a weekly re-hash all of the milestones repeated by three may end up becoming boring sooner rather than later, so hopefully the first expansion will make it here before that happens.

My recommendation still stands for those who are on the fence, give it go. You really can play this game however you want and there is practically something for everyone to enjoy.