Star Wars Battlefront II releases in just a few days however, we already have a roadmap of the content that will be coming after release. Titled The Last Jedi Season, this DLC celebrates The Last Jedi hitting theaters with free content for all players.

On December 5th, players will choose between the Resistance and the First Order, their choice providing them with special bonuses and challenges. Then, on December 13th, The Last Jedi Season content drops.

Here’s an overview of everything The Last Jedi Season adds:

EA has provided a handy chart showing the timeline of upcoming content and challenges: 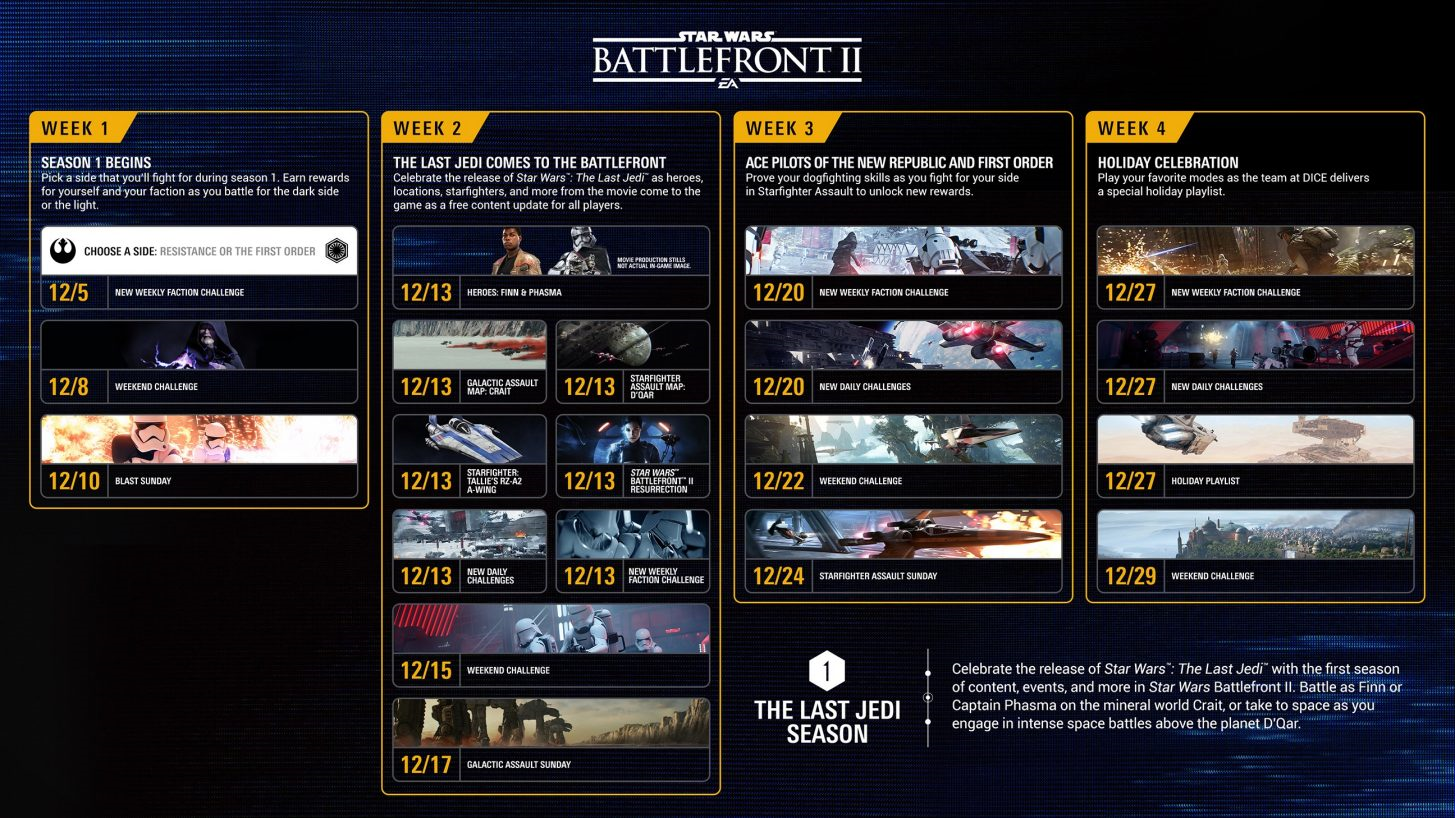 Adding free content is always a pro-consumer move. Hopefully this rollout continues over the next few months to help keep players engaged. If you’d like to learn more about Star Wars Battlefront II, check out the recent launch trailer here.