ARK: Aberration is the latest expansion pack for the extremely popular survival game with dinosaurs, ARK: Survival Evolved. In Aberration, players are taken to a new location, a mysterious ARK that appears to be breaking down, with aberrant versions of animals, giant mushrooms growing everywhere and deadly new beasts roaming the area. This release trailer shows some of the crazy new environments and the creatures roaming in them.

So just what awaits in Aberration? Let’s take a look. Do note, if you haven’t played ARK: Survival Evolved, I recommend reading my review of the main game before reading about this expansion.

At its core, Aberration is still the same game, with a focus on crafting tools, weapons, shelter and more in order to tame or defeat the dangerous beasts around you, all while continuing to explore the dark corners of the ARK. With this in mind, there are a few interesting shake-ups to the usual formula. 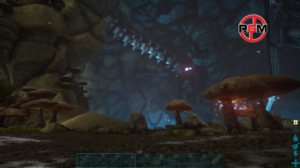 There’s lots of new resources and items to craft, all focused around the subterranean nature of the expansion. Various types of crystal are now fairly commonplace, as is fungal wood and many different species of mushrooms. These have interesting effects, from being great sources of water to invigorating mushrooms that helpfully replace stimberries. There’s also a wide variety of new beasts, like the ridiculously cute and friendly Bulbdog, which looks exactly like it sounds.

Other forms of life aren’t so friendly. From the various Reapers to the Nameless, almost everything down here is a deadly, downright alien creature that seems like something out of a science-fiction horror novel rather than a game about dinosaurs. It’s definitely an interesting change and if players are tired of the standard formula, it’s one that I feel will be appreciated. Special note must go to the Reapers, whose Queens can infect players with parasitic embryos, like something straight out of Alien.

Shot of Reaper and Nameless from trailer: 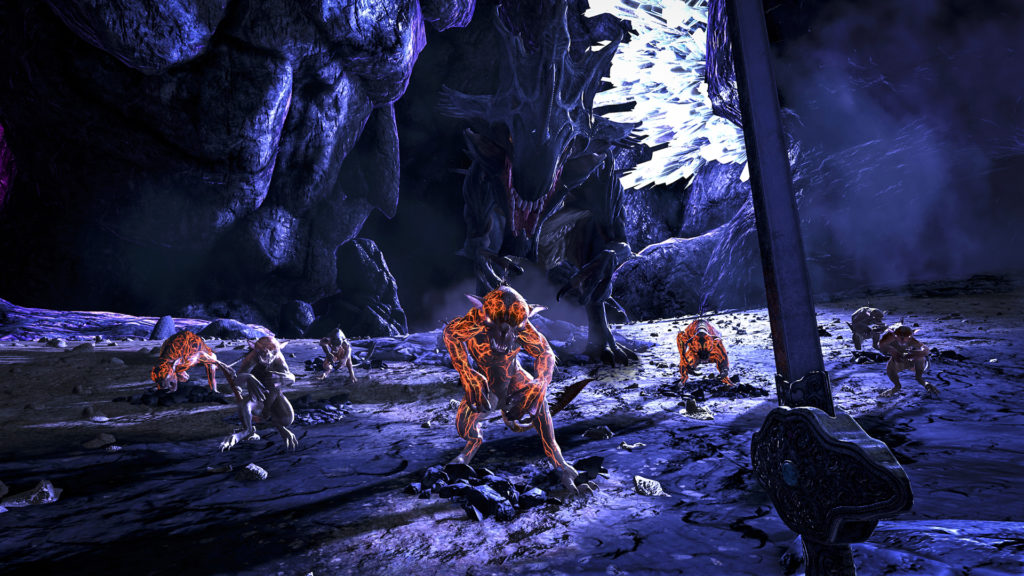 What isn’t appreciated however, is how downright frustrating some of these creatures new mechanics are. While it was inevitable that taming or defeating some of them would require new strategies, figuring some of this out is not a one-man job. Even more than the base game, Aberration absolutely requires having a dedicated group of players if you really want to accomplish anything in a timely manner.

The graphics are mostly similar in quality to the base game however, the art style is a completely different story. With a new aesthetic focused on bioluminescence, glowing crystal formations and alien creatures, I honestly find Aberration much more appealing visually than I did the regular game. 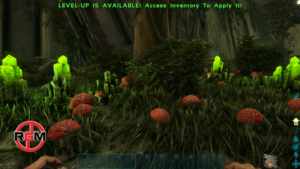 There’s an incredibly wide visual palette, from the otherworldly caves filled with crystals and bioluminescent growth to the mushroom forests with fungi more impressive than Redwoods. The new stylistic direction and types of environments here are definitely the highlight, as it provides a much-needed reprieve from the standard biomes seen in the base game. The ‘alien world’ approach for the new creatures, areas and materials was perhaps a risk however it’s one that I feel has paid off.

The audio design works well, with the distant rumble of the constant earthquakes and the howls of various monstrosities making up the majority of what you’ll be hearing. Nighttime is eerily quiet though, working well as a great example of when you don’t necessarily need a soundtrack. In fact, I found myself creeping around more cautiously when I couldn’t hear different beasts instead of when I could.

Much like its parent game, the replay value here ultimately comes from how much fun you’ll have while playing with friends. If you’ve got a group that you consistently play with and you’re ready to explore something very different from what you might be used to, you’ll have a lot of fun. 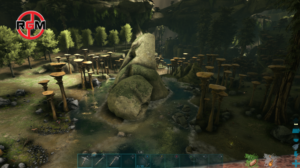 This absolutely is not something I can see one person playing on their own enjoying for very long, even more so than ARK: Survival Evolved.

Ultimately, ARK: Aberration adds some great content, with a nice bit of variety in its new creatures, enviroments and mechanics, all of which take on a distinctly more science-fiction approach than anything previously introduced. This helps to freshen up a game that might otherwise feel a bit long in the tooth. Much like the base game though, you’ll need a group of players to have fun with if you truly wish to experience everything Aberration has to offer.