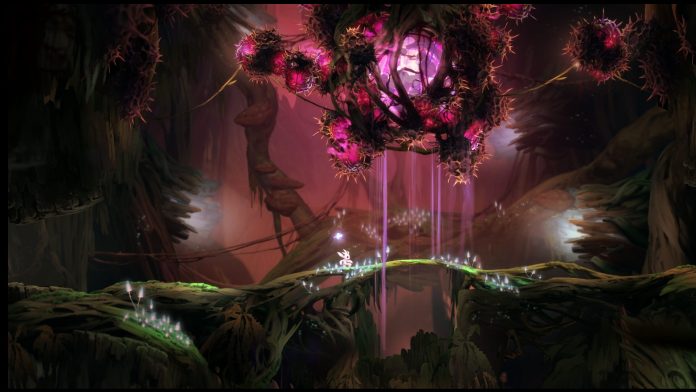 I had been anticipating this game for many months before I finally got my hands on it. It’s been a while since I have actually been this excited to play a game. All the trailers and teasers saw me grow ever more hooked on the promise of what this game would deliver.

So many gamers these days are reluctant to spend money on indie games which is a shame, I have found some of the most amazing games hiding in the indie isle. So here’s a quick review for you to help you decide if you should invest in Ori and the Blind Forest.

From the moment you launch Ori the majestic music captures you and draws you in to an incredibly moving opening story. It’s been a long time since a game was able to invoke an emotional reaction from me, but Ori certainly achieved that.

On my first encounter with Ori I found myself not being able to put the controller down. I turned the Xbox One on just to try out the game for an hour and was still there glued to the TV several hours later.

From here Ori became a daily addiction for me.

The graphics are sublime, each area of the map having its own unique qualities and artwork. The entire time I was playing this game I kept thinking to myself ‘this game is just stunning!’

Every sound from the background music to the cute little noises Ori makes fit in perfectly. The tempo of the music always chances at the right time to really build suspense and keep you engaged.

As the game went on though I realized the honeymoon was over and it was time to get serious. As you move further and further though the game everything becomes increasingly harder. I found myself having to re-do certain areas at least several times until I was able to complete it. The intensity grows at a pace that is very manageable though, Through earning new abilities which you then must use to be able to defeat the next section of the map.

There were a few hairy moments here and there when I thought I was going to end up throwing my controller in frustration towards the end as some sections of the game proved to be very challenging for me. But for some reason, that only kept me coming back for more!

The harder the game got the more determined I was to finish it.

I was extremely impressed at the quality of Ori and the Blind Forest. The story was engaging, the controls were easy to master, the puzzles were challenging. All in all I put this down to being the best new game I have played in 2015 by far.

I will certainly be going back and re-playing this game again in the near future, and I really hope that this is just one of many games to come from Moon Studios like this on the Xbox One. They have done a top job and I highly recommend you check this game out!