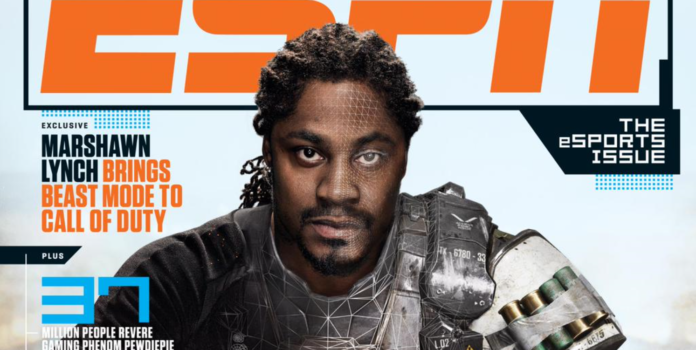 What better way to spice up a Call of Duty release then to add an NFL player? Black Ops 3 is doing exactly that as Marshawn Lynch brings Beast Mode. Lynch was spotted at Treyarch Studios earlier this year and has appeared on the cover of ESPN’s magazine.

Lynch is a massive Call of Duty fan and has been playing since his college days:

“You’re shooting up everything but always fighting for a bigger picture. The whole game is Beast Mode.” – Lynch

Activision are just as excited to have Lynch aboard as he is to be taking part in it:

“Marshawn Lynch is the perfect match for Call of Duty. I mean, he’s a guy who fills stadiums, crushes competitors and has a Beast Mode. What could be more COD than that?” – Eric Hirshberg, CEO of Activision

For the rest of this very informative write up about the Lynch’s time at the studio, recording and the experience overall, check out the full story from ESPN.