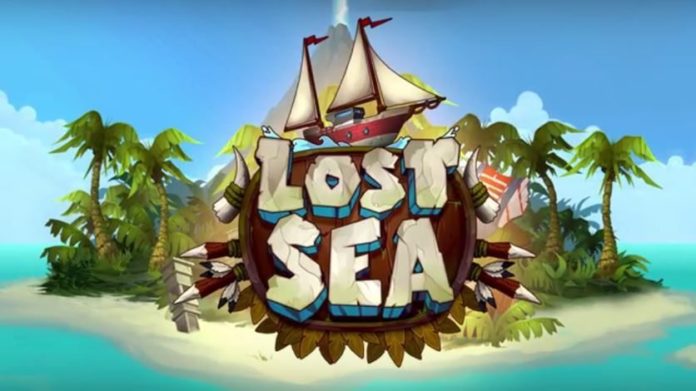 Stranded on a mysterious island in the Bermuda Triangle sounds like fun right? Well it can be if it’s in video game land only, which is exactly what you get from Lost Sea.

After your plane conveniently gets hit by lightning you find yourself stranded on a tropical island where your only hope of escape is to build a ‘sweet ship’ and ‘sail away like a boss’.

Lost Sea is a 3D strategy action game that is filled with quirks and humor and is set to release on Xbox One, PlayStation 4 and PC later this year.

So what can you expect from Lost Sea?

The world of Lost Sea is a dangerous and unforgiving place. Every island is filled with strange landmarks, a variety of deadly and exotic creatures and powerful relics that can be used to your advantage. Often you’ll need to use your wits, as well as your machete, to escape dire situations and any members of your crew unlucky enough to get taken out or left behind won’t be coming back.

The archipelago is inhabited with a large cast of stranded, each with their own traits and abilities. Once recruited crew members can carry out a number of vital tasks, whether its assisting you with combat, unlocking secret areas, gathering resources or helping you research upgrades. There is only a limited amount of room on the ship so you’ll need to make some tough choices about who to bring with you.

Your ship acts as a mobile base that can be upgraded to tailor the game to your play style. Do you want to focus on expanding the cargo capacity at the expense of taking crew members with you? Maybe you want to give your crew armour so they can survive longer, or torches that allow them to gather materials better at night. Resources are scarce so selecting your upgrades will be a tough decision.

Load up on supplies and navigate the turbulent seas around the archipelago. Uncover an entire archipelago of different islands and biomes as you explore the sea, filling in your map and discovering clues to the portal you hope will transport you home. Certain islands are home to other-worldly magnetic poles, hidden in the ruins of lost civilisations, that allow you to realign your compass to towards the next zone.

Now that you know what to expect let’s check out the trailer:

Lost Sea is being developed by eastasiasoft and as more updates are available about release we will be sure to let you know!

If you would like to hear more about Lost Sea and a bit about the development process, tune into the Developers Workshop Podcast featuring Aiden Price from eastasiasoft: