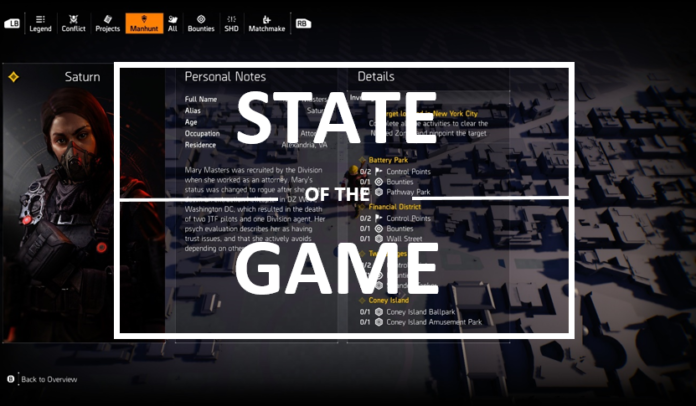 Today’s State of the Game was a little light on details however on the discussion list was the connectivity issues being experienced across the board, and some brief details about the upcoming TU9.1 and TU10. In attendance today was Community Manager Hamish Bode and Community Developer Chris Gansler.

There are currently 3 main types of issues effecting connectivity:

TU9.1 is slated for mid-May and will be a client update (which means larger changes that can’t be rolled out during regular maintenance). A more concrete date should be announced next week as well as details about the upcoming changes. Here’s some brief information about what to expect in the update:

TU10 will bring with it “holistic game changes” and that will likely be when the new raid will be introduced. This is currently slated for June-July and as always, is subject to change. Details about the update and the new raid will be revealed closer to the date, with Chris advising that they are aiming to give 2 week’s warning before implementation – to give you time to prepare and make a new build for the raid.

Reminder: Log in before May 5th to get your exclusive backpack trophy and 3 apparel caches.

Leagues: The Home League is currently active, you can split your progress across two weeks so you don’t have to get max stages in everything. Complete the stages over a total of two weeks to get another exotic cache and the Lady Liberty backpack trophy.

Manhunt: A new manhunt target available, if you haven’t completed the first two you can still access these and complete them now.

PVP Updates: Game Designer, Bruce?? will be back in a future episode to speak about PvP and the changes that will be coming with TU10.

PTS: A PTS has been discussed but is more work for them that they don’t have the capacity to do right now. A completely new build would need to be made to do this, they may look into it in the future but can’t right now. They thank everyone for reaching out to offer to take part in one.

You can check out the full live stream bleow: