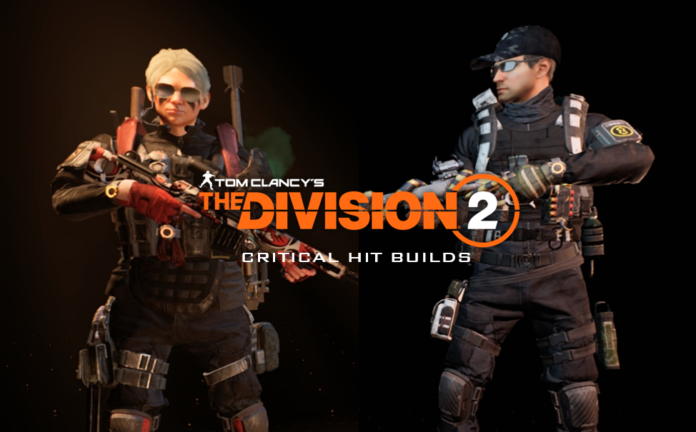 Hi Agents, today we are bringing you something a bit different. One of the main questions I get asked is “How do I make a Critical Hit build?“. The answer to this question isn’t straight forward, as there are a lot of variables that come into the mix. However, I’ve removed a bunch of variables and created a “cookie cuter” version to get you going.

Below you will find two builds, one that is far from optimized, and another that is starting to hit the desired stat peaks. The idea here is to show you that two very similar approaches can achieve very different things whilst still reaching the same end goal.

Don’t be disillusioned though, the gods of RNG still have the final say in your build, however there are a few tricks I have up my sleeve that I’ll share with you to help you refine your farming processes to enable you to get the gear pieces you need for your critical hit builds with decent stat rolls.

This is the first build I have to show you. This build is made to run with other players also using the Coyote’s mask (is still very effective running solo though), so that we can obtain 3 x stacks of the different bonuses this mask offers:

As you can see, if you have 3 people running this mask and each enter a room and shoot a target at the above ranges, your whole team now have an additional 35% CHD and 35% CHC.

You can also use this mask to pump more damage into your build by dropping your CHC by 10% to factor in the 10% you will get from the mask when you start engaging enemies, however you need to remember to look for a mid-range target in each room to activate it.

This mask is acquired by reaching level 35 in the season rankings, or by farming Coyote, the boss at the Jefferson Plaza mission on non-invaded.

If you do not have this mask, you can look at replacing it with a Providence Defense or Grupo Sombra S.A, mask.

There are a few schools of thought on what the best backpack for a critical hit build is, I have opted to run with the Providence Defense pack with Vigilance.

The trick here will be getting a roll with decent stats on it, so be prepared to dig in for some dedicated farming for this one. I will talk more about that below.

Again, this tends to be more of a personal choice and definitely will test your skill if you want to opt for the same.

The non-perfect variant of this is also effective, providing 25% additional weapon damage, with you receiving only 50% additional back.

The gloves I am running are the named Petrov Defense – “Contractor’s Gloves”. I’ve chosen these gloves even though the brand set bonus isn’t relevant to my build, because they provide an additional 11% Damage to Armor.

There are two holsters that you can use here for this particular configuration, either Providence Defense to get the 3rd brand set bonus of 15% CHD or Grupo Sombra S.A which offers 15% CHD as the 1st brand set bonus. I’m using the Grupo Sombra S.A holster purely because I have a better stat roll on it than the Providence Defense variant in my stash.

The knees I am using are the named Overlord Armament “Fox’s Prayer” knee pads.

The reason I am using these is they offer an additional 15% DMG to target out of cover, which is effectively an additional 15% weapon damage to anything your shooting that’s not in cover – a pretty useful attribute.

Now keep in mind, the devs stated during the State of the Game stream on April 2nd, that they intend on recalibrating the “Fox’s Prayer” knees and “Contractor’s Gloves” in the future as they feel that by having such powerful attributes on two of the brand sets that align with the two meta-gun classes is overpowered. You can read more on that here. They are not changing what these items do, just how effectively they do it.

This does come down to personal preference, I however, am using the “Baker’s Dozen” which is a named rifle with Perfect Luckyshot (returns missed bullets to the clip). Or alternatively I will use the standard M1A with Boomerang. I also have CHC mods attached, as the mods you use on your primary weapon affect your stats, so this is an easy place to pump more CHC and CHD into your build.

With all the above pieces in their current state, this is how they pan out stat wise prior to any of the talents kicking in:

So now these numbers are starting to become worthwhile, and this is on an un-optimized build. As I continue to farm and refine I will be able to get that base CHD up closer to the 200% mark before any bonuses kick in. That’s a lot of damage!

As stated at the beginning, there are multiple ways you can approach a critical hit build, we haven’t even looked at Ceska Vyroba s.r.a yet, which also offers critical hit brand bonuses, or doing away with named items to align the brand set bonuses more effectively. This build also requires a lot of farming to refine the stat rolls so that I can remove a CHC mod and replace it with an 11% CHD mod. These things though, come with time and lots of farming, lots and lots and lots of farming!

This build has been designed by a good friend of mine – AbsenteeSpy (Spy) who has kindly offered up his build to assist you in designing yours. Spy has opted to go with the Providence Defense mask as opposed to the Coyote mask, as this mask guarantees him CHC and CHD, and he doesn’t have to rely on others in the group running the exotic mask for the buffs. For Spy, this provides reliable and consistent stats.

Spy has chosen the same backpack as me, with very similar attribute roles, however Spy has slightly more CHD here than I.

Again, Spy has chosen the same chest piece as I, running the Providence Defense named chest piece “The Sacrifice” with perfect Glass Cannon.

Both Spy and I have very similar attribute rolls here, with the CHC and CHD attributes being the focus.

I have higher weapon damage on my gloves as well as higher CHC, however I do not have any CHD. Instead I have DMG to armor. Let’s see how this variant plays out at the end….

Spy is running the Česká Výroba s.r.a holster which gives him 10% CHC as a 1st brand set bonus. I am using the Grupo Sombra S.A to get the 15% CHD.

Spy is already getting the 15% CHD from Grupo Sombra S.A on his gloves, where as I am running out of room in my build at this point as I am using the exotic mask meaning I have to place my 3 pieces of Providence (or 2 Providence, 1 Grupo Sombra S.A) in other spots in my build. In this build Spy is free to use 1 piece Ceska Vyroba s.r.a and gain an additional 10% CHC.

We do however have very similar attribute rolls here, the brand set bonus is the only real difference.

Spy and I are both using the named Overlord Armament “Fox’s Prayer” knee pads. We have nearly identical rolls for attributes.

Spy is also using a rifle as his primary weapon, instead opting for the Diamondback, as opposed to the M1A. Where this gun lacks in the clip department is makes up for it in the BOOM department. This is a very heavy hitting rifle that will greatly benefit from high CHC and CHD.

This is where we will see what a difference changing just two pieces of gear to get different brand set bonuses can really make. You will also be able to see that over 6 different pieces of gear, not having max attribute rolls, or as close to as possible, can add up to quite a lot at the end.

Here you can see that Spy’s build has over 100k more weapon damage than mine, slightly less CHC than mine, and 65% more CHD than mine. This goes to show how important your attribute rolls are, and your mods as well.

If over the course of your build you are missing between 2-5% CHD on each pieces’ attributes, regardless of how small a number this is by itself, this can add up to a deficit of 50-60% CHD across your build.

Your weapons play a big part in this too. Having a primary weapon that has an attribute roll of CHC or CHD can really help your effectiveness along with using weapon mods with CHC and CHD. So be sure to think about what attribute you are rolling onto your weapon if you plan on using it for a critical hit build.

There are two other additional factors to take into consideration when designing your build – the specialization you have equipped, and your watch.

Whilst your specialization doens’t offer any additional CHC or CHD, teaming your build up with a suitable specialization can make a big difference to your builds performance. Both Spy and I have opted to use the Sharpshooter specialization for the additional stability it offers and the blind from the grenades. This means our weapons sits flatter and land more critical hits.

As you level up your watch you have the potential to gain an additional 10% CHC, 20% CHD, and 10% Weapon Damage. Utilizing these upgrades early on will have a 40% overall impact to your build. However, this isn’t something that you can acheive overnight, it will take weeks of farming watch points to max these out. I recommend spending as much time as you can tollerate in the Dark Zone as your watch leavel-ups are more frequent than in the Light Zone.

So there you have it, a look at two very similar critical hit builds that have two very different statistical results. The moral to the story is, you can approach a critical hit build from many different directions however, if you’re not farming for better attribute rolls your build won’t reach it’s full potential. Having a clear path you want to follow on what attributes you want on each piece will make farming somewhat easier for you.

I mentioned above that I would speak with you about my tactics for farming. This is likely no different from what you are currently doing, however this is my process: