“There are some known issues” says Hamish Bode. Well, I’m glad we cleared that up!

The biggest topic this week is the M1A and Baker’s Dozen so I will get straight into that and then we will cover the rest of the State of the Game update for this week.

The M1A was over tuned to being with apparently, and became the new meta gun because they retired the Eagle Bearer by nerfing it’s talents. Due to this the devs have been working on how to better balance the weapon.

They started by explaining that are working hard from home, creating new content, a new raid, regular updates, etc. They had a plan for how they were going to implement better balancing for the M1A however they shelved work on looking into it and rolled out the adjustment as they simply didn’t have time.

“We make human errors” and “this is not a result of bad intention, it’s a result of bad process” said Bruce Kelly, “we apologise for this, this isn’t something that we intended to do or continue to do.”

The devs agree this isn’t good enough and don’t want our expectation to be that this is what will happen with future updates.

No concrete date can be provided (either this week or next week though), however as a first step they are going to revert the nerf in PvE (giving back the 40% damage that was taken with TU9). For PvP there will still be an adjustment but only 20% as the PvP community have reported that the nerf has been welcomed.

So that’s great news, right? Yes it shouldn’t have happened to begin with but at least it’s getting fixed. So for the time being there is no need to completely change your builds, just find an alternate rifle and get back into it for a few days.

The hit also taken to builds from the nerf of the Fox’s Prayer Kneepads and the Contactor’s Gloves will remain, however doesn’t have as dramatic an effect on builds now that the M1A will be returned to its previous glorious status…………for now. 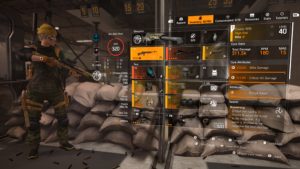 Here’s the recap of today’s stream as provided via the official website:

A larger balance pass is currently being worked on. The team is targeting an update in June, but with the current circumstances, the exact date is still in flux.

The Home League, a new two-week event offering new challenges and rewards, will begin next week.